New U of A research first to show that lodgepole pines release chemicals to warn related trees of threat and help them boost defences. 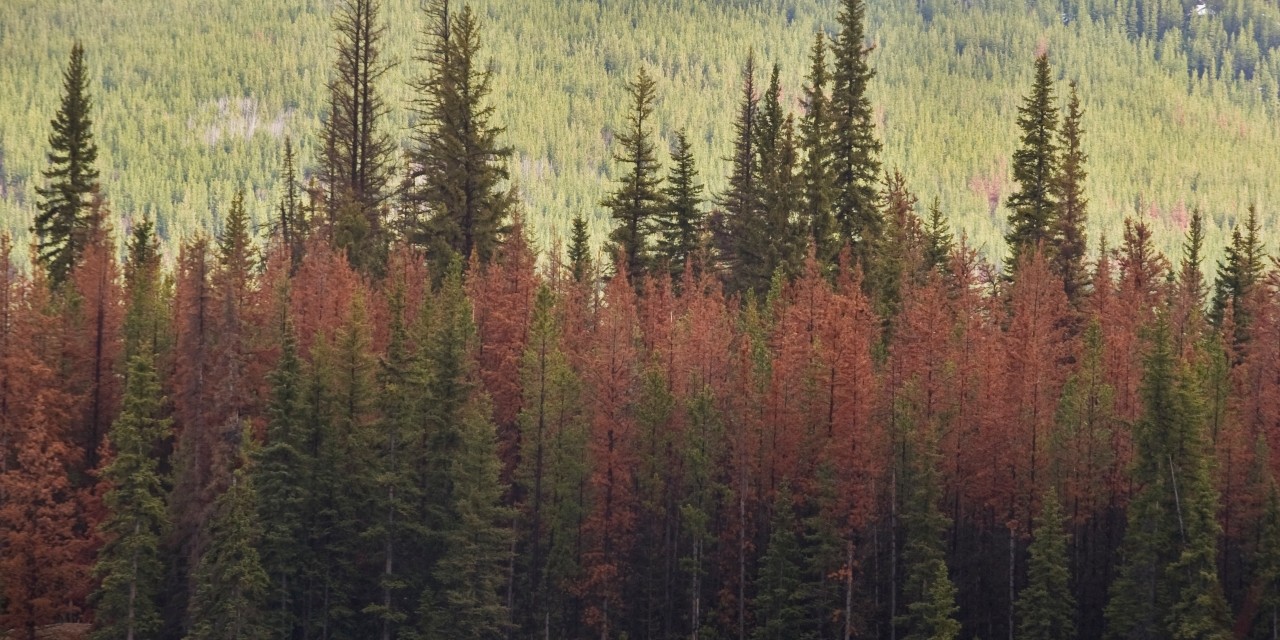 Lodgepole pine trees attacked by mountain pine beetles send chemical messages to related trees to help them boost their defences, according to a new U of A study that is the first to show trees can communicate in this way. (Photo: Getty Images)

The study, published in Science of the Total Environment, is the first to establish above-ground tree-to-tree communication in pines by using chemical messages.

The messages from the attacked tree can only be decoded by its closest relatives, not by strangers, said Altaf Hussain, a PhD candidate who led the study.

“This communication between the neighbouring related pines allows the healthy trees to prepare for the attack by boosting up their chemical defences,” he added.

Hussain, who is working under the supervision of U of A forest entomologist Nadir Erbilgin, said kinship support among trees has been shown in the past, but through other mechanisms like communicating root networks. For example, a dying tree will transport its resources to younger, related trees. Others share genetic materials in the same way.

“As far as I know, there is no research that shows kinship support through volatile organic chemicals, so it’s quite exciting,” Hussain explained.

Mountain pine beetles are a serious threat to Canada’s forests. Native to British Columbia, the beetles used to play a crucial role in renewing lodgepole pine populations. The warming climate of recent years made the beetle population explode and cross the Rocky Mountains into Alberta.

Because the beetles are capable of killing most species of pines in North America, scientists now anticipate their migration will continue through the boreal forest all the way to the East Coast in coming decades, leaving a trail of economic and ecological devastation.

Hussain said the new study, which was conducted in Jasper National Park, refines our understanding of the biology and ecology of pines.

"These increments in knowledge might help us find new ways of protecting Canadian forests against the spread of the beetle,” he said.

The research was funded by the Natural Sciences and Engineering Research Council of Canada.