Products like Beyond Meat are making a big splash in the market and the media, but changing eating habits will take longer, study shows. 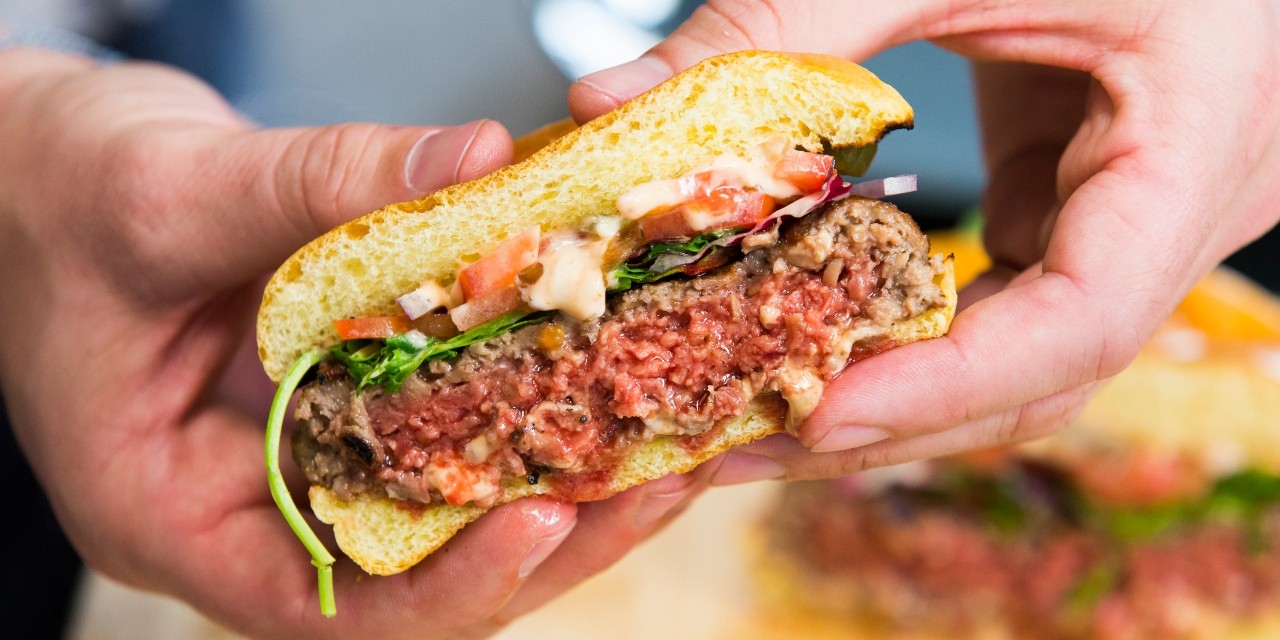 New plant-based burgers may look and taste a lot more like beef, but will consumers bite? New research suggests it could take a long time to change their behaviour. (Photo: Impossible Burger)

Despite the increasing popularity of plant-based protein alternatives like Beyond Meat hamburgers, a new U of A study suggests that changing attitudes about meat consumption in many western nations is a slow and complicated process.

In a recently published study in Appetite, U of A food marketing expert Ellen Goddard and her colleagues from the University of Adelaide discovered that Australian meat consumers had “varying levels of willingness to make changes to their protein consumption.”

The 2016 survey showed that 46 per cent of respondents were unwilling to make changes to how much meat they eat, and 22 per cent said they would be willing to reduce consumption to some extent but not go meat-free most of the time. They were also less likely to consume meat-free meals more than once per week.

Of the 287 people who answered the survey, only 15 per cent said they would be willing to avoid meat consumption altogether, with the remaining 17 per cent undecided.

Goddard—who has unpublished data from a Canadian survey showing similar trends—said the study shows that attitudes about our relationship to meat are slowly shifting, but it could take years before that translates into a change in behaviour by the majority.

Meat alternatives have been popping up everywhere in past months. Fast-food restaurants now serve the Beyond Burger, and Beyond Meat products have become a common staple in grocery stores, in some cases right in the meat counter alongside fresh meat—a trend that could help get more people to reduce animal-sourced proteins from their diets, Goddard said.

“The products are important to encourage the rest of us to try, and perhaps like, meat-free meals.

“One of the things we found in our study was that committed meat eaters often considered food choices in vegetarian or vegan diets to be inadequate and unpalatable, so these products might help change that perception.”

Sven Anders, a U of A food economist, said he isn’t surprised by the findings.

“There’s a very large body of economic and social science research that shows food choices are driven by habits established over our lifetime,” he explained. “What a person ate growing up will be one of the biggest determinants of an adult’s diet, and changing these habits takes time.”

Scientists have known for some time that livestock farming significantly contributes to climate change. In 2013, the United Nations estimated that global livestock production is responsible for close to 15 per cent of human-caused greenhouse gas emissions. Nevertheless, 66 per cent of respondents (committed meat eaters and willing meat reducers) in Goddard’s survey were also less likely to believe livestock contributes to greenhouse gas emissions.

“Livestock, especially beef, is a major contributor to the warming climate. So we really need to become more flexible in our diets, that’s the bottom line,” Anders said.

He and Goddard agree that information and time, especially, are key to changing behaviour.

“In the ‘80s, kids taught their parents about recycling when they came home from elementary school and lectured them about how awful throwing things out to the landfill was,” Goddard said. “But for something like this to work with our food habits, we need good, non-condescending, fact-based public policy.”

Before that can happen, she said, policy makers need to do a better job of tracking attitudes about food and why people eat the way they do.

“Canada has an awful track record of monitoring what Canadians eat,” she noted, adding that in the last 20 years, the government has only done two 24-hour dietary recalls where they asked people what they ate the previous day.

She said in some countries, these kinds of surveys are done twice a year.

“It’s the only way to get reliable, up-to-date information to measure attitudes, monitor habits and figure out what policies and interventions are needed,” she added.

According to Anders, the latest edition of Canada’s Food Guide, which encourages Canadians to choose plant proteins more often, is a “good starting point for changing the conversation about what’s on our plates.

“Before a major shift occurs, I expect that these meat alternatives will remain niche products for quite some time. It will be interesting to see how long it will take them to capture even one per cent of the protein market share,” he said.

“Considering how much meat we eat, that would definitely make a dent in our carbon footprint.”