Playing doctor in the digital age 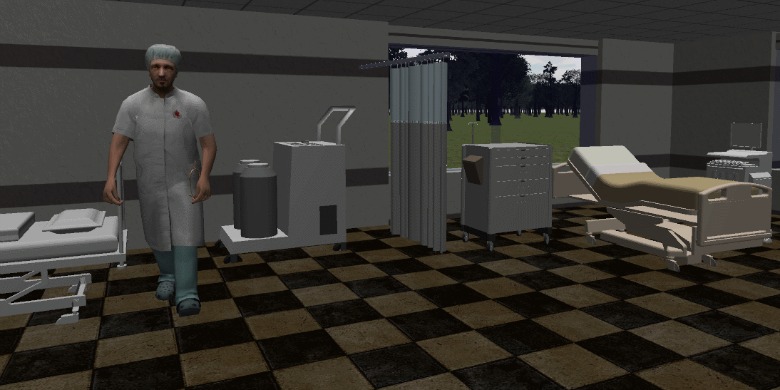 (Edmonton) University of Alberta researchers have come up with an important new computer game. There’s no Master Chief, the mission doesn’t involve irate fowl and the “call of duty” is focused on improving patient safety, protecting privacy and maintaining proper communications between health-care workers.

Diane Aubin, a PhD student in the Department of Educational Psychology; Michael Burden, a recent graduate from the Humanities Computing program; and a team of U of A researchers came up with the short, smart game, which uses authentic hospital situations to help teach students about issues of patient safety.

With feedback and data gleaned from a small testing cohort of interdisciplinary health-care students, both researchers see this as an excellent tool to inform and introduce topics of importance to health care. With more testing of the game to come, and perhaps an expanded version, this is an example of how technology can be directly applied in the field of medical education.

But perhaps the most important lesson to learn from the game is simple: communicate.

“There’s a lot of simulation technology used in training health professionals, which mostly relates to clinical practice, but this is a little different. This game helps the student learn about interprofessional communications, which is a critical component of patient safety,” said Aubin. “The aim of this game is to show students what can go wrong if you don’t talk to people on your team or if you don’t speak up when it’s important.”

Decisions and consequences under pressure

Aubin and Burden assembled a small group of students from nursing, medicine, nutrition, occupational therapy, speech language pathology, recreational therapy and respiratory therapy. Burden says it took students between three and five minutes to navigate through the short hospital-centred game. Students were required to navigate through a series of rooms on rounds with a doctor and respond or decide at various points in the game. Each decision had an attaching lesson or consequence for those involved—be it the player, the game’s attending doctor or a patient. Aubin said that although there were definite teachable moments in the game, the greater education took place in the debrief sessions.

“Talking afterwards about the decisions players made—for example, when the players are asked after the game why they chose not to stop to talk to the nurses who were talking about their patient—that’s where the learning takes place,” said Aubin. “We found that a lot of people felt real pressure to keep up with that doctor, because the doctor kept saying, ‘I don’t have much time.’ That was a real stressor, and made for interesting discussion in the debriefing.”

Gaming experience helpful but not necessary

Aubin notes that students with less gaming experience faced challenges in manipulating the character, but not to the extent that they didn’t profit from the overall process. She says the students found it a fun way to interact with the topic, and many expressed interest in an expanded game. From ongoing discussions among the research participants and his presentation of the game at a conference, Burden agrees that there is interest in creating an expanded version that would allow for editing scenarios and situations depending on user needs.

“A couple of people came up and said, ‘We’d be really interested if we could see a version of this that we could use in our environment.’ It’s great to see that kind of enthusiasm for it,” he said. “The end goal would be to have something where people could edit the levels themselves, where they’d get to say, ‘I want to have these characters present in the room and I want these questions or this conversation to occur and this choice to be evident.’”