Playing down the generational divide 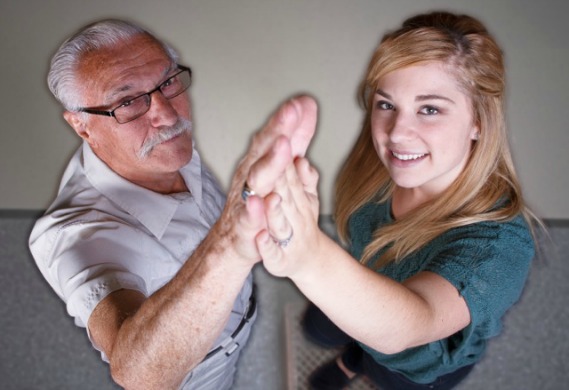 120823-geriactors-banner
Playtime for seniors and youths helps break down unfair stereotypes on both sides of the generational divide, according to UAlberta research.

(Edmonton) Seniors and youths have more in common than they may realize, according to new research from the University of Alberta.

Interviews with seniors and U of A students who work side by side in an Edmonton theatre group, GeriActors and Friends, showed some surprises on both sides of the generational divide, said lead researcher Janet Fast, a professor in the U of A’s Department of Human Ecology.

“There was a breaking down of age-related stereotypes that worked both ways. “

The findings, presented recently to the British Society of Gerontology, indicate that by telling stories and performing together, seniors and young people were able to bridge generation gaps and break down unfair stereotypes, said Fast.

“Negative stereotypes about youths and seniors cause an artificial divide and fear of the other generation. Unfair beliefs about dependency among seniors and about a lack of commitment and work ethic of today’s youth are not good for society. That can segregate whole groups of people and devalue what each generation contributes.”

The qualitative study included interviews with 15 seniors, 14 students, and four current and former staff in the GeriActors and Friends company, asking about attitudes on aging, shared experiences and how being part of an intergenerational theatre group influences their physical, mental, cognitive and social well-being. Those interviewed ranged in age from 21 to 85.

After working onstage with their senior counterparts, youths said they were no longer afraid of aging themselves, Fast noted. In their interviews, many of the students said they had mistakenly assumed elderly people were lonely, disabled and dependent, but instead found them to be “playful, young and genuine.” The seniors, in turn, liked the energy of their youthful counterparts and also expressed a newfound confidence in them as future citizens. One GeriActor in the study told researchers, “If this is the kind of youth that we’re raising … Canada is in good hands.”

Both age groups were enriched by their collaboration; some of the seniors expressed appreciation for having gained a few surrogate grandchildren, while several students had more appreciation for spending time with their families, including grandparents.

“The intergenerational nature of the company turned out to be one of the factors that led both age groups to value their own family members,” Fast noted, adding that some of the students, after working with the GeriActors, were considering new career paths involving drama and gerontology.

The research stems from a larger project shared by Human Ecology’s Research on Aging, Policies and Practice centre with the U of A Department of Drama and Trent University. The project explores theatre and involvement in the arts as a pathway to healthy aging.

Fast’s study was funded by the Canadian Institutes of Health Research’s Institute on Aging.

Playing down the generational divide
Newsroom