Creator hatches idea for series while taking her own master’s at U of A. 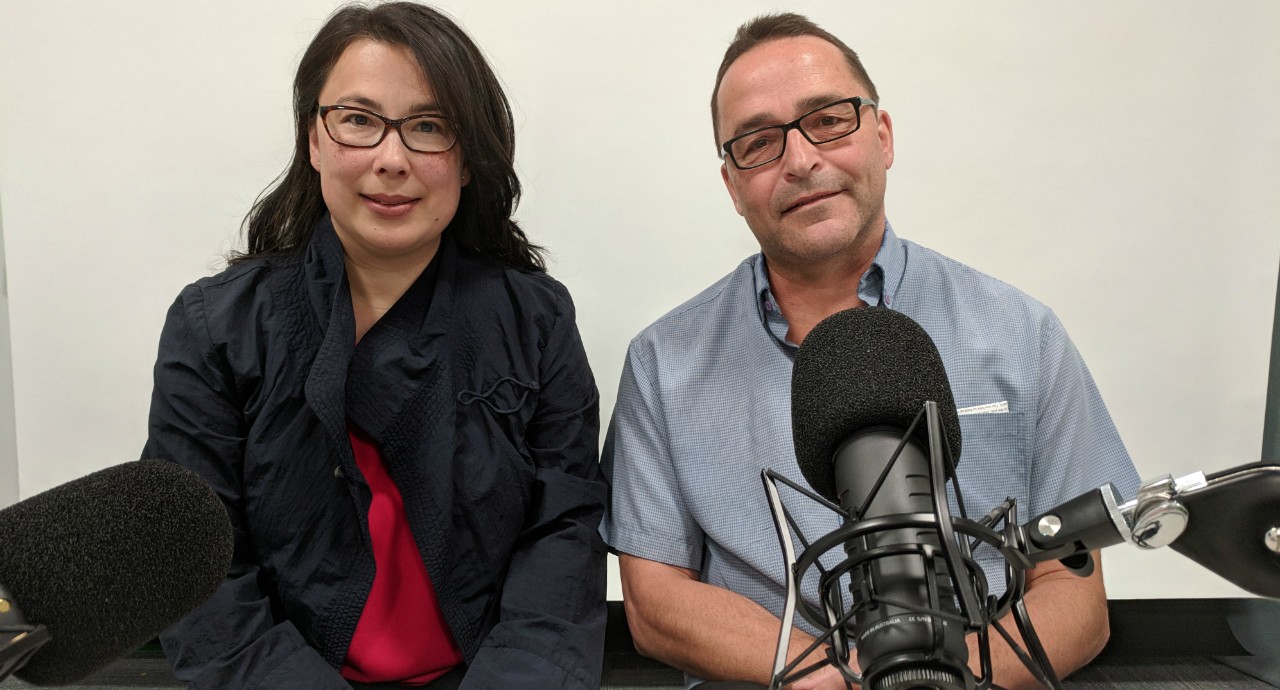 Back to School Again podcast creator Katrina Ingram with Darrell Pidner, who left a career in the arts in his 40s to pursue an MBA at the U of A. (Photo: Supplied)

After Katrina Ingram had been chief operating officer at CKUA for five years, the top job at the radio station came open when the CEO announced his retirement in the summer of 2016.

She had some serious thinking to do.

“I had thought (becoming CEO) was what I really wanted to do, until the opportunity actually presented itself,” she said.

In her late 40s, Ingram paused and took time to reflect on what she really wanted to do from that point forward.

She wasn’t sure exactly what she wanted to do but she knew two things: she had accomplished what she had set out to do at CKUA, and she had always wanted to do a master’s in something.

“I thought if I don’t do this now, I’m probably never going to do it,” she said.

She decided not to apply for the top job and, after helping the new CEO with the transition, she left the radio station, took on some small consulting jobs, and applied and got accepted into the University of Alberta’s Master of Arts in Communications and Technology program.

During that time, she also got the idea of doing a podcast, exploring the topic of people in mid-life returning to school to pursue a new career, get ahead in their current career or just challenge themselves.

Back to School Again launched today with three episodes. The series will look at mid-life learners who went back to school at the U of A, MacEwan University, NAIT and Norquest College. New episodes will be added every other week until Dec. 12.

“There’s an artist who became an accountant,” she said.

The Oct. 31 episode chronicles Darrell Pidner’s journey. He left a career in the arts to pursue an MBA at the U of A as well as certifications in accounting and auditing.

“When he got into his 40s, he said, ‘I need some stability now,’” Ingram explained.

The Dec. 12 episode looks at Donna Dawson, who spent 35 years as a public health nurse and decided, when she retired, to pursue a master’s in ethnomusicology for purely personal reasons.

Back to School Again can be heard on the CKUA radio app, Apple and Google podcasts as well as on backtoschoolagain.ca.