Polarizing language creating gridlock in energy debate, says U of A expert 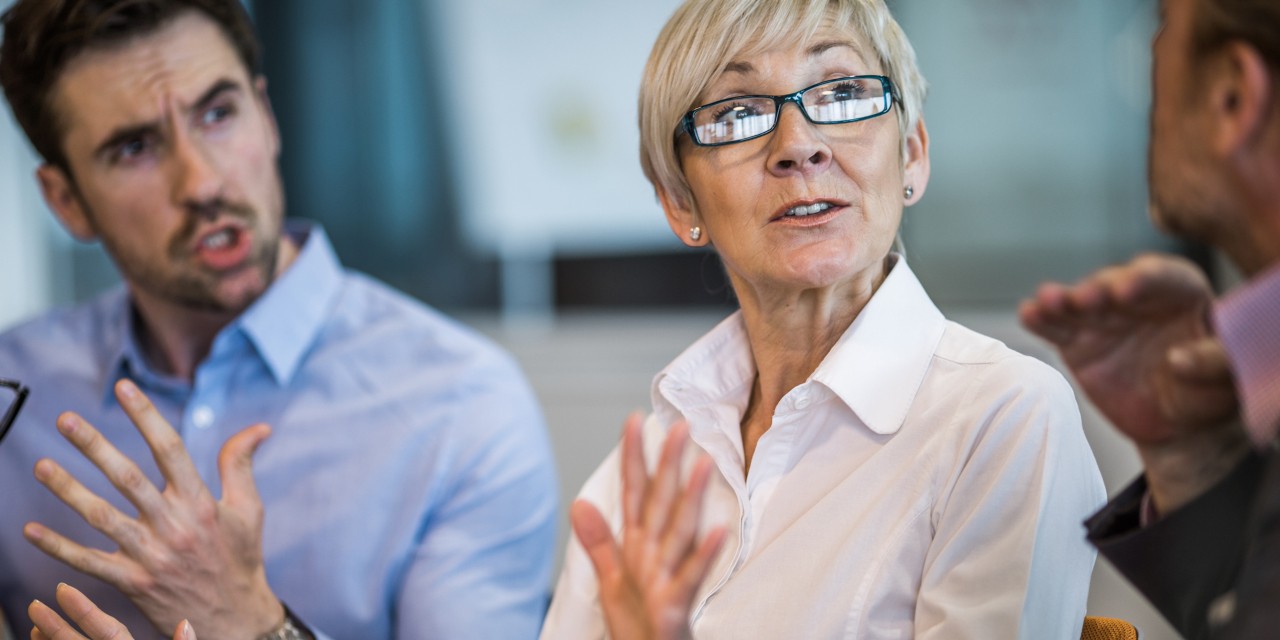 Canadians on all sides of the energy debate would do well to avoid angry rhetoric and choose their words more carefully, according to a U of A engineering professor who has studied the effects of polarizing language. (Photo: Getty Images)

A University of Alberta engineering professor is urging Canadians to cool down the discourse around energy issues by choosing words more carefully, avoiding hot-button labels that trigger anger.

Debates around energy in Canada have reached a fevered pitch we haven’t seen since the days of the National Energy Program in the early ’80s.

No one benefits from such heated positions, argues Lianne Lefsrud, who studies how words are used persuasively to talk about oil, pipelines and energy issues.

Despite what seems to prevail in the “post-truth, post-reality” era, appealing to anger rarely leads to understanding, she said.

“It actually causes people to be afraid, to withdraw and not do anything at all.”

Trained in rhetorical analysis, Lefsrud did her PhD on how people have used language to describe the oilsands industry since the 1960s.

She also recently teamed up with U of A psychologist Chris Westbury and computing scientist Geoff Hollis to analyze how often and in what combinations certain words and phrases are used to describe the oil sector in the media, such as “dirty” and “oil,” and how that influences the perception of meaning.

The phrase “tar sands” was long used interchangeably with “oilsands” as a neutral descriptor, said Lefsrud. But in recent years it has become a negative term used by critics of the industry, especially after 1,600 ducks died in a Syncrude tailings pond in 2009.

“Then it switched predominantly to tar sands and had new, pejorative meanings, connoting sticky, black death.”

The word “spill” is also emotionally loaded, more alarming to many than “cancer” or “explosion,” she said.

She said it also didn’t help that Alberta Premier Jason Kenney used the phrase “war room” to frame his attack on environmental movements that criticize the oil industry.

"But even environmental groups use the same language, the notion that we're girding ourselves for war. If we're talking about the emotionality of certain words, war is certainly one that evokes anger.

“So the idea is rather to purposefully choose words, and refuse to go down that road.”

Lefsrud points to a study of polarizing language used by Democrats and Republicans in the United States showing dramatic differences in the rhetoric each party uses to frame the same issues. The study concluded the language gap between parties is greater than ever before.

“You can actually see who uses which words, and categorize their language with 95 per cent accuracy,” she said.

So when discussing how best to approach to Alberta’s energy future, how do you draw people away from polarized extremes toward a more reasonable middle ground?

One proven tactic is humour, she said, even when debating an issue as serious as climate change.

"When environmental groups talk about the climate crisis and the world ending, it can turn people off. There's a lot of research showing if you can show the ironic, funny or sarcastic bits, you can actually enlist people who may not necessarily have been part of that climate change movement previously.”

Irony and paradox are powerful tools because they evoke ambivalent, rather than extreme emotions—or positive and negative simultaneously—encouraging people to think about a subject more deeply.

“We try to unravel the meaning and come up with more creative and integrated solutions as a result,” said Lefsrud, “because the world is mostly grey, not black and white. And the solutions that we need to find are grey.”

When considering an issue such as transitioning away from fossil fuels to alternative energy sources, it’s sometimes best to not even bring up climate change, she said. She and U of A environmental sociologist Debra Davidson said, in a paper called “Just Don’t Call It Climate Change,” that 90 per cent of Alberta farmers are aggressively mitigating global warming, intentionally or not.

“They're doing a lot—like zero till, thinking about how much diesel fuel they use, minimizing how much water they use, limiting their methane emissions. They're doing all these great things, and it's not because they believe in climate change; it's because it makes economic sense. They have this conservative, stewardship ethic," she said.

“You can put all the stereotypes you want on farmers, but they're doing all these fantastic things we're not talking about for the most part,” she said, adding that media thrive on anger, conflict and heated rhetoric, often ignoring the more productive, if less dramatic, middle ground.

The bottom line is there are issues we can all agree on as Canadians, topics that bring us together rather than drive us apart, said Lefsrud. It might serve us well to dispense with the rhetorical barbs and spend more time listening to the concerns of those with whom we disagree, perhaps throwing in a dash of humour to turn down the temperature.

“We all want to have a healthy, safe, prosperous country for our children, right? Who's going to argue against that?”

Polarizing language creating gridlock in energy debate, says U of A expert