Janine Brodie recognized for ‘distinguished and sustained contribution’ to literature of Canadian politics and social life. 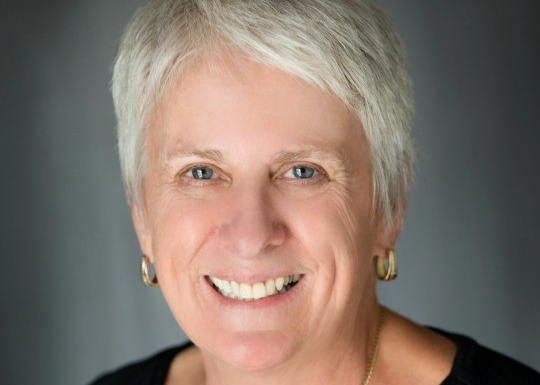 Political science professor Janine Brodie's influential body of work was recognized with the Innis-Gérin Medal from the Royal Society of Canada.

(Edmonton) For a career of distinguished and sustained contribution to the literature of Canadian politics, social life and public policy, Janine Brodie has been awarded the 2014 Innis-Gérin Medal from the Royal Society of Canada.

A fellow of the Royal Society since 2002, Brodie has developed a research program that has pushed against convention in generating new concepts and streams in inquiry, first through her early research on gender and politics, and later by cultivating new themes in the study of Canadian political economy, citizenship and social policy.

In her 30-plus-year career as an academic, Brodie has written or edited 12 books and has written dozens of journal articles and book chapters.

Brodie first carved a name for herself as a formidable social scientist at York University, where she became a full professor in just nine years. She came west to chair the University of Alberta’s Department of Political Science in 1997, a position she held for seven years.

Brodie stepped down as chair in 2004 to pursue new research avenues and refocus her attention on teaching. In doing so, she says, she welcomed the opportunity to engage with a department she had only known as an administrator.

“There is such a vibrant variety of social science scholars at the U of A, and the political science department has been a fertile environment to explore my work and learn from others,” she said. “My time at the university has been terrifically productive and rewarding, and much of the credit has to be given to the vibrant, intellectual culture I’ve had to work in.”

As Brodie rededicated herself to her academic pursuits, recognition of her work quickly began to mount. Along with induction into the Royal Society of Canada, Brodie was named Canada Research Chair in Political Economy and Social Governance in 2004, received a Trudeau Fellowship in 2010 and was named a Distinguished University Professor—the U of A’s highest honour—in 2011.

When Brodie was first elected a fellow of the Royal Society of Canada, it was noted then that “the breadth of her scholarship and the strength of her academic leadership provide an impressive model for the Canadian political science community.”

She says the same could be said today of the support structure put in place by the Office of the Vice-President (Research) and the Faculty of Arts. “Both the environment and the encouragement from the higher levels in the university, all of those things, have been just terrific for my research.”

The Royal Society established the Innis-Gérin Medal in 1966 to honour economic historian Harold A. Innis (1894–1952), and sociologist Léon Gérin (1863–1951), who served as presidents of the society from 1946–1947 and 1933–1934 respectively. The medal is awarded for a distinguished and sustained contribution to the literature of the social sciences, including human geography and social psychology.