Janine Brodie and Todd Lowary to receive the U of A’s highest award for teaching, research and community service Sept. 28. 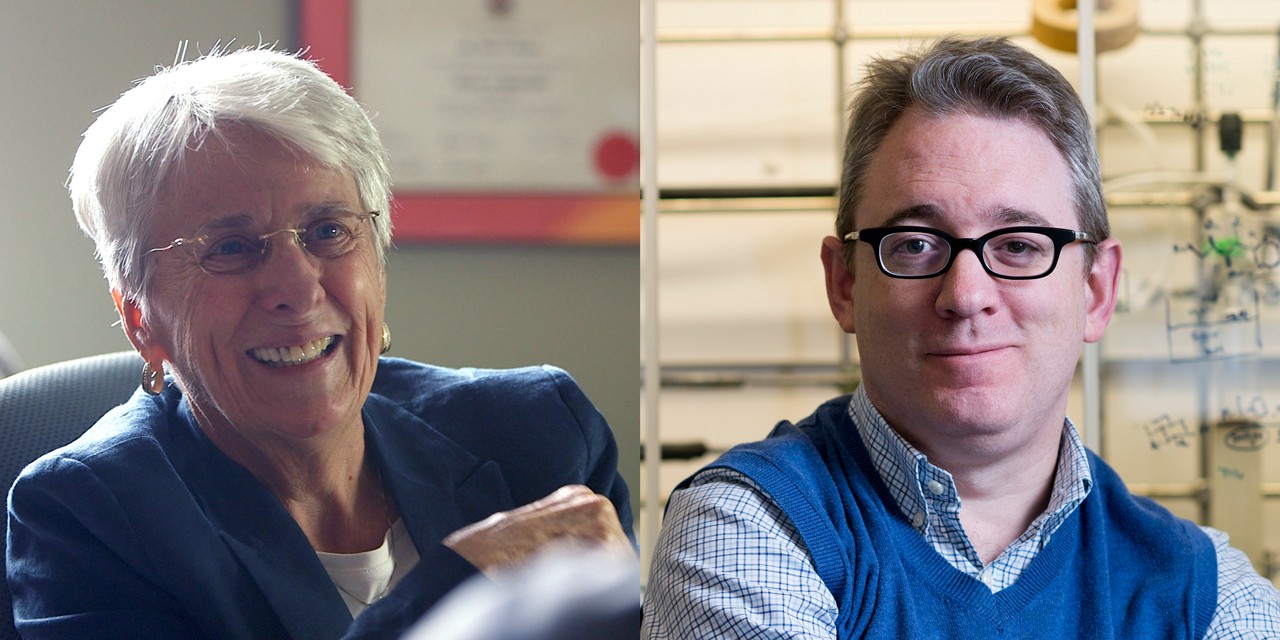 Janine Brodie is a hugely influential political scientist responsible for transforming her department into the most diverse in Canada. Todd Lowary is the director of GlycoNet, a national centre of excellence in carbohydrate chemistry. Both will receive the U of A’s highest award for teaching, research and community service Celebrate! Teaching. Learning. Research held Sept. 28.

Brodie arrived at the U of A in 1997, charged with revitalizing and raising the Department of Political Science after a wave of retirements. Those she recruited have become leaders in their fields, with expertise in subjects ranging from gender and politics to race, ethnicity and indigeneity to resource extraction and the environment. They now constitute the most diverse political science professoriate in the country.

Brodie’s own research has blazed any number of trails, challenging conventional narratives of Canadian history and advocating for more inclusion.

“When I entered the discipline, there were no women,” said Brodie. “Political science was white, mostly male and largely focused on institutions. Throughout my career, I’ve tried to push at political science to be more inclusive of not only different identities but different subject positions in a broader social milieu.”

Some of her groundbreaking texts include Politics on the Margins, Where are the Women? Gender Equality, Budgets and Canadian Public Policy, The Politics of Abortion, and Remapping Gender in the New World Order. Her introductory textbook for undergraduates—Critical Concepts: An Introduction to Politics—appeared in five editions, sold more than 40,000 copies and was adopted by dozens of universities and colleges.

“The miracle of Janine Brodie is her ability to take seemingly disparate, small events, and string them together into a grand narrative that makes sense of what’s going on in the world, but she also gets there faster than anybody else,” said Lois Harder, chair of political science.

“That’s why students love her, because she can make sense of things that they are really puzzling over.”

“It’s like winning the lottery or something” to work with Brodie, said doctoral student Justin Leifso. “Her analytical and theoretical mind, her scholarship, her ability to sit there casually and say things that blow your mind . . . it’s almost like magic—I don’t know how she does it.”

As scientific director of the U of A-based Canadian Glycomics Network (GlycoNet), Lowary carries on the U of A’s legendary tradition in glycomics—or carbohydrate chemistry—research first established by “Sugar Ray” Lemieux in the 1950s. The network, established in 2015, coordinates groundbreaking research at the forefront of biomedical science, tackling some of the most pressing challenges in infectious disease. It currently has more than 110 investigators at 30 institutions across the country.

Lowary’s own work involves identifying new antibodies for detecting tuberculosis in diagnostics such as urine.

“Tuberculosis is a problem that’s never gone away, and certainly in the developing world it remains a serious problem,” said Lowary.

“He’s been fantastically successful in research,” said David Bundle, professor emeritus of chemistry. “He’s also done work on solid organ transplant. He pretty much hits the ball out of the park in research, community service and teaching.”

Lowary said what gives him the most gratification, however, is the camaraderie he enjoys with students.

“When I get frustrated with things, it tends to be when I haven’t had the opportunity to talk science with students,” he said. “Usually, if I can just spend a few hours interacting with them about what they’re doing, I can be put into a pretty decent mood.”

“He really creates the kind of environment where everyone can thrive,” said Anushka Jayasuriya, a former doctoral student. “No matter how busy he gets, he walks around the lab every night, says goodbye, and checks up on his students to see how their science is going. Whenever you had a problem, you knew you could go to him.”