Poor planning by railways leading to losses for farmers 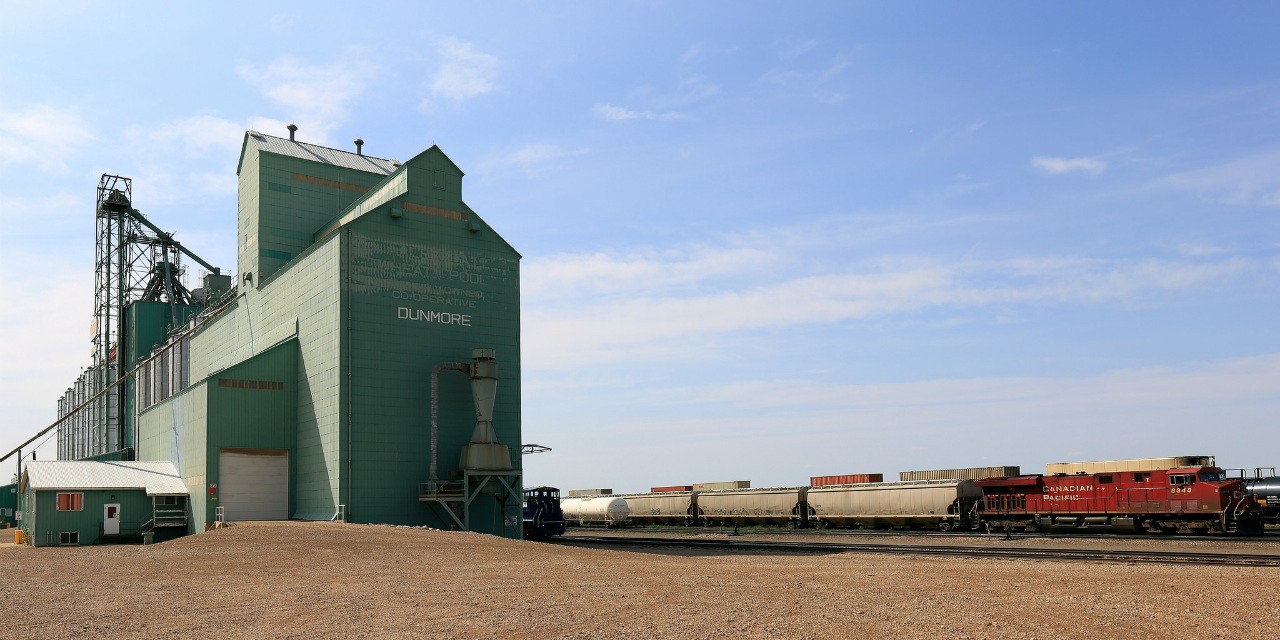 Chronic shortages of rail cars and crews are preventing Western Canadian farmers from getting their crops to market—and the situation will only get worse unless railway companies ramp up capacity, says a UAlberta economist. (Photo: Wilson Hui via Flickr, CC BY 2.0)

Western Canadian grain farmers may reap financial losses in the billions in years to come, unless the country’s railroads ramp up their capacity to get crops to market, says a University of Alberta expert.

“A delivery backlog has already cost grain farmers $5 billion to $6.7 billion over the 2013 to 2015 harvest seasons,” said Mohammad Torshizi, an economist in the Faculty of Agricultural, Life & Environmental Sciences. “That’s huge.”

His research anticipates another $10-billion potential loss for producers between 2016 and 2025 if the export capacity issue isn’t resolved, and the transportation crisis will worsen unless the country’s industrial railways—Canadian National Railway (CN) and Canadian Pacific Railway (CP)—plan more effectively, he said.

Producers have raised the alarm about sluggish rail service as grain crops waiting to be transported to overseas markets are sidelined due to a chronic shortage of rail cars and crews.

Rail companies have blamed cold winter weather for the delays.

Trains face mechanical limitations in bitter temperatures, so are shorter in length, which means less product can be transported, CN executive vice-president Sean Finn explained in a recent CBC interview. However, he added, “Winter is not an excuse; it’s a challenge for us, but it happens every year, so we have to be prepared for it.”

Torshizi agreed. “We have cold winters every year, but that’s no excuse for inadequate levels of service,” he said, noting the 2017 season is a repeat of 2013-14, when transport of a bumper crop was also stalled during cold weather. He believes the real problem is poor planning.

Western Canada had its second largest grain crop in history in 2017, yet the railways hadn’t taken a lesson from the 2013-15 seasons, he noted. “They weren’t prepared.”

Railways have a tendency to plan for less than what is actually needed, Torshizi said. "It is far more costly for the railways to have unused capacity than to be short of capacity."

CN came into last fall “with a very much higher increase in volume than expected—winter comes every year—but we weren’t prepared the way we should have been,” Finn told CBC.

The bottleneck leaves farmers in a cash flow squeeze for investing in seed and supplies for the next growing year. And if they’re forced to store grain for a season, that adds to the cost, said Torshizi, noting that one Canadian study pegged gross income loss at $620,000 for an average farmer with 5,000 acres, due to delayed transport in the 2013-15 seasons.

And things aren’t looking much better for the foreseeable future.

After researching average crop production between 1975 and 2015, Torshizi predicts demand for grain transportation will only climb.

“There’s going to be an average increase of about 450,000 metric tonnes in production of cereal grain, oilseeds and pulses per year from 2016 to 2025, and that’s a conservative estimate. Production levels could go even higher. It’s going to be the new norm.”

Beyond the farm, the bigger implications of lagging rail service for Canada are also worrying, Torshizi added.

“In the short term, it’s damaging to Canada’s reputation as a reliable supplier of grain to world markets. In the long run, we’ll lose our competitive edge,” he said, noting that Russia and China are investing significant sums of money in transportation infrastructure. “The new silk road allows shippers to move commodities from Europe to China for about $10 per tonne, compared with $30 to $40 per tonne from Alberta to the West Coast.

“Implications for our competitiveness are huge.”

CN and CP report their earnings quarterly, which puts pressure on them to ensure a profit is shown each time, Torshizi suggested.

“To increase profitability, they go for a short-term solution: laying off crews,” he said.

A practice of leasing out locomotives to U.S. companies can also leave the system short in the event of higher-than-expected crop yields, he added. Both factors get in the way of long-term planning, he believes.

“When railroads plan for much lower product levels and actual production ends up higher than forecast, it leads to problems,” he said.

Complicating the issue is a lack of penalties to railroads for under-delivery. Though grain companies are penalized if they don’t have their product ready to ship, there’s no reciprocal punishment, Torshizi noted.

The two railways also have a “locational monopoly” in Western Canada, meaning farmers, unless they live close to the U.S and want to truck their grain over the border, have no choice but to deliver their grain to an elevator that uses one of the two companies.

Bill C-49, proposed federal legislation now in the Senate, should help ease the situation, at least in the short term, by holding railways more accountable, Torshizi said. Producers are pushing the federal government to move quickly to get the bill approved.

The legislation introduces penalties to the railways for low levels of service, and adds in long-haul interswitching for shippers to access service from a competing railway under certain conditions.

The bill also seeks more transparency from the rail companies by requiring them to report certain information to the minister of transportation about their investments and cost structures.

But ultimately, the long-term solution is more transport capacity, according to Torshizi.

“We need better planning and more rail capacity, and the policy-makers will have to find a way to encourage these,” he said.

Both rail companies say they are hiring more crews and adding equipment to help address the issue.

"We have 550 new people, across all crafts, in various stages of the hiring process, 100 additional locomotives, which will start being integrated into the fleet (in March) and into the spring and summer, and we have earmarked between $1.35 billion and $1.5 billion in capital improvements this year that will further improve the flow of goods across North America," CP president Keith Creel said in a news release.

Poor planning by railways leading to losses for farmers