A behind-the-scenes look at the seasonal light show at the U of A Botanic Garden. 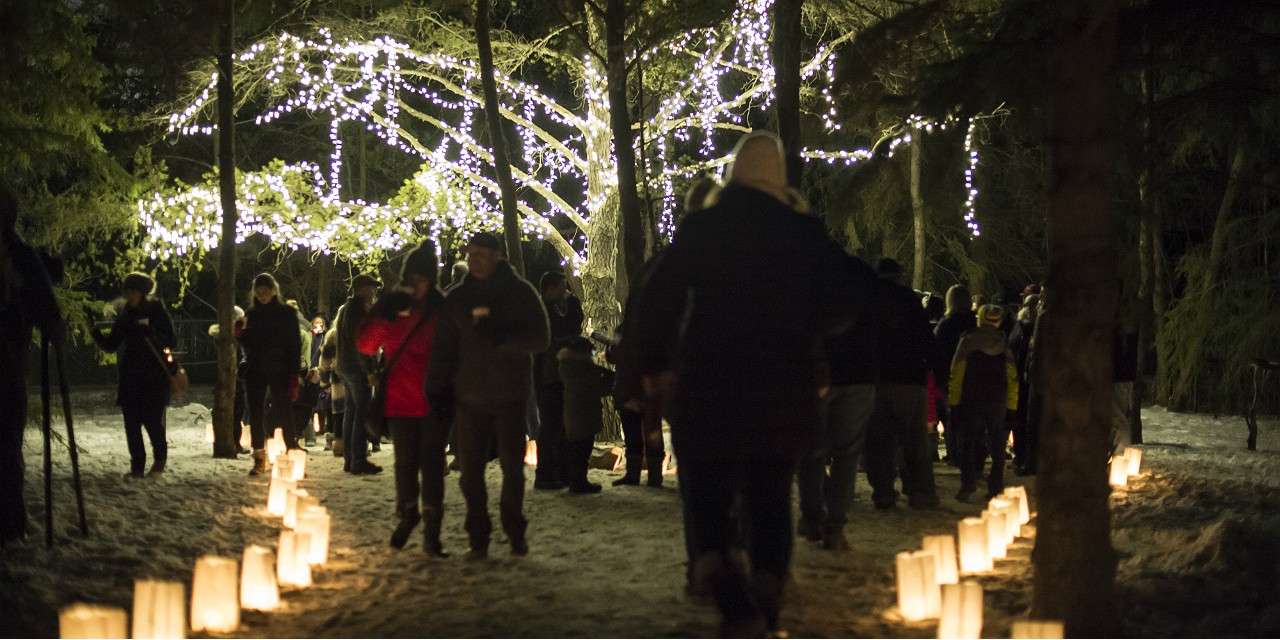 The Luminaria light festival at the U of A Botanic Garden has become a seasonal favourite, drawing more than 10,000 people each year. (Photo: Paul Swanson)

The year Kerry Mulholland saw cars lined up for miles down highway 60 waiting to get into Luminaria, she realized the event had become a seasonal favourite for people from all over central Alberta.

The annual celebration of light at the University of Alberta Botanic Garden had grown so popular by 2013, selling advance tickets was the only solution to the overflow.

"It has proven to be the biggest event of the year for us,” said Mulholland, the garden’s marketing and communications co-ordinator.

A southern tradition for the North

Luminaria was first put on by Friends of the Garden, a volunteer organization, in 2000 and 2001 as part of celebrations to ring in the new millennium. Right off the mark it proved too popular for volunteers to run alone.

The light display consists of some 2,000 candles in paper lanterns lining the paths of the Kurimoto Japanese Garden and this year, for the first time, the new Aga Khan Garden, which contains lights in some of its structures, was also open for viewing.

"Around the world there are many festivals of light in the season of darkness,” said Mulholland. “Luminaria was inspired by those in the Southwestern states, such as New Mexico and Arizona.”

Doing it in the North, however, has a character all its own, she said.

"We set up candles in the cold and snow,” said special event co-ordinator Georgina Gull. “There have been some extreme challenges here and it adds a real beauty, and makes it even more special."

It takes 100 volunteers working weeks ahead to pull it all together.

"We start heading towards Luminaria in the fall,” said Bull. “It's a massive undertaking."

Each afternoon before the evening display, volunteers rush around lighting all 2,000 candles.

"The biggest thing is snow removal, and we also hold a work bee a couple of weeks before the event,” during which volunteers make lanterns for the candles, she said.

When the crowds show up, staff members take a moment to observe the reaction as first-time attendees pass through the entrance gates.