Genetic analysis reveals misclassification of subspecies of thinhorn sheep, and leads to a more accurate estimate. 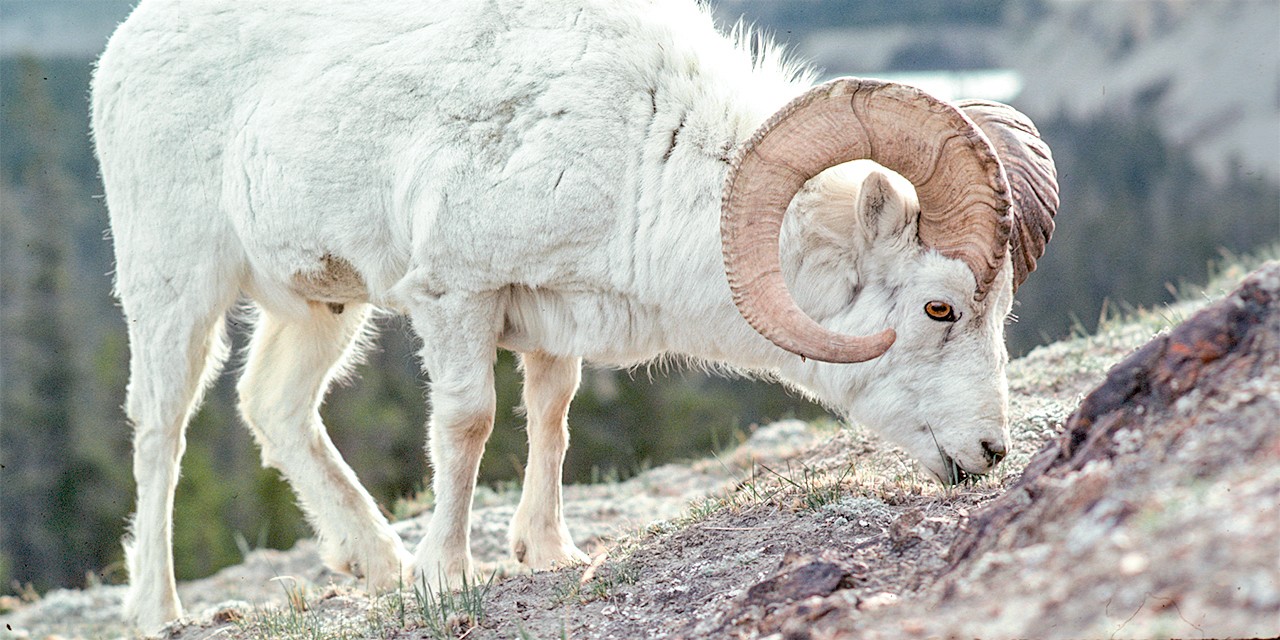 Many Dall’s sheep, a subspecies of thinhorn sheep that is pictured here, have been misidentified as Stone’s sheep. (Photo: Zijian Sim)

The already-rare Stone’s sheep of the Yukon is 20 per cent less common than previously thought, according to new research by University of Alberta biologists.

“Population surveys, which are based on current maps, have been over-counting the number of Stone's sheep in Canada,” explained PhD student Zijian Sim, who conducted the research under the supervision of Professor David Coltman. “When correctly classified as Dall’s sheep, our results show that the rare subspecies is even rarer than we once thought, about 20 per cent less than previously thought.”

Part of the problem stems from wildlife management bodies that are bound by traditional political, cultural, and geographical criteria, which do not necessarily line up with biological population boundaries, he explained.

“The use of DNA markers allows us to directly measure the genetic differentiation between populations, essentially allowing the sheep themselves to tell us where these populations boundaries are,” said Sim. “Unfortunately, we found that sheep tend to ignore our neat political and geographical lines.”

The findings have implications for wildlife management and conservation efforts, highlighting the need for inter-jurisdictional planning where thinhorn sheep population straddle political and geographical boundaries, such as provincial borders or mountains.

“In fact, our study has already prompted discussions of co-management between relevant regulatory agencies in British Columbia and Yukon for cross-border herds,” added Sim.

The study stems from previous research on the misclassification of Stone’s sheep based on coat colour.

It is the result of a collaboration between the University of Alberta, British Columbia’s Ministry of Lands, Forests, Natural Resource Operations and Rural Development, and the Yukon Department of Environment.