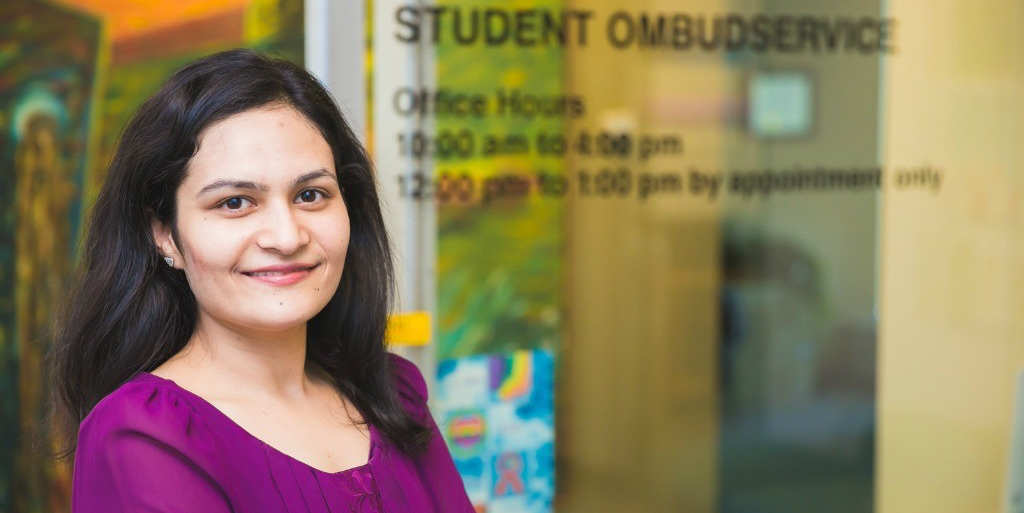 When Shivani Kapur worked as a judicial intern in her native India, she was saddened and surprised to see how the colleagues of a pregnant judicial stenographer reacted when she announced she was going to give birth.

Both male and female co-workers immediately tried to steal her job.

Combined with her own mother’s pregnancy discrimination, the episode compelled the second-year University of Alberta law master’s student to investigate and address the issue head on.

Kapur found that there are still many negative attitudes and stereotypes about pregnancy in Canada although overt pregnancy discrimination is rare.

As an example, she said parental leave in Canada is still being recognized as extended maternity leave.

“This perpetuates stereotypical assumptions of women's role as the primary provider of child care,” she said.

She also pointed to labour force participation rates in Canada, which tend to be lower for women with young children. This suggests child-care responsibilities still largely fall on women.

“Canada has made significant progress in human rights legislation, but there is still a long way to go to match the efforts of other nations,” she said.

Kapur presented her research at the National Health Law Conference at the University of Ottawa and at Osgoode Hall Law School’s Graduate Conference.

“The next steps are that the federal government is contemplating changes to parental leave policy and has signalled its initiation of efforts to include dedicated leave for fathers.”

When asked why the topic is important to research, Kapur said it simply comes down to the fact that almost every Canadian woman is in the workplace.

She said pregnancy discrimination in part results in women not being recognized for their hard-earned credentials.

“Women have to write exams and earn degrees the same as men,” she said, adding that the idea of women having to choose between being a mother or having a career is both outdated and uncalled for.

For Kapur, being viewed as unequal to men is personal.

“I credit my parents, who instilled autonomy in me. They taught me we are no different than boys,” she said.

Kapur is also a graduate intern in the U of A’s Office of the Student Ombuds.

“I work primarily with graduate students to resolve disputes with other students or with supervisors,” she said, adding that the role has given her better communication, negotiating and listening skills, and improved her ability to counsel clients.

She’s also working as a human rights law intern and research assistant with the university’s Department of Earth and Atmospheric Sciences.

She’s thinking about pursuing a PhD once she completes her master’s but ultimately wants to find a job at a university in a role similar to her role as an ombudsperson.

“I want to give people hope and put a smile on their face.”