President Samarasekera on the passing of Nelson Mandela 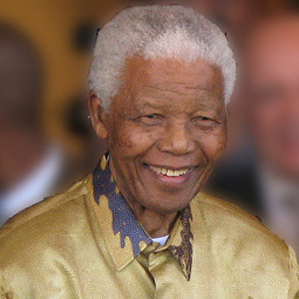 (Edmonton) I am saddened by the passing of anti-apartheid activist and former president of South Africa, Nelson Mandela. For decades, he has been a global advocate for peace and human rights—the story of his struggle has truly been a remarkable one.

From his 27 years in prison, to his term as president in which he successfully ended apartheid, Mandela has been a symbol for justice and reconciliation. His impact on South Africa and the world was transformative. In his later years, he devoted himself to philanthropic pursuits, such as combating HIV/AIDS, supporting rural development and school construction, and advocating internationally for African students. He has been an inspirational figure for so many of us and his lifelong commitment to citizenship reflects the impact that we at the University of Alberta endeavor to make locally, nationally and internationally.

In 2005, we were pleased to host Nelson Mandela’s grandson, Prince Cedza Dlamini, a humanitarian and global youth activist, on campus. He was here for the opening of International House and gave an address as part of our International week—his visit represents one small connection that our community has to President Mandela and his family.

Nelson Mandela  is considered the father of South Africa’s multi-racial democracy and remains an inspirational global figure—the University of Alberta community joins in mourning his passing.

President Indira Samarasekera's U of A homepage

President Samarasekera on the passing of Nelson Mandela
Newsroom