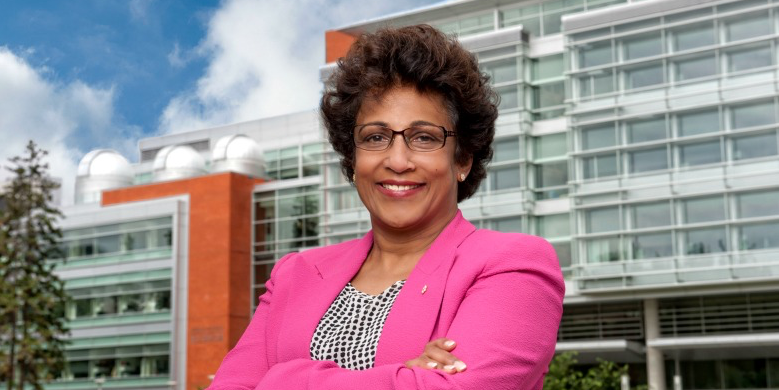 Indira Samarasekera, president of the University of Alberta.

(Edmonton) President Indira Samarasekera says she will continue to focus on excellence and ensuring that the University of Alberta remains one of the world’s leading public universities, after announcing she will not seek a third term.

Samarasekera announced her intention at the Board of Governors meeting March 14, and will end her term of service as the U of A’s 12th president and vice-chancellor June 30, 2015.

“I will continue to work with the campus community to preserve, strengthen and advance the U of A’s core mission, through the four objectives announced last fall during my State of the University Address: academic transformation, sustainable financial models, efficient administration, and culture change,” she said.

She also reaffirmed her commitment to moving forward this four-point action plan and change agenda, supported by the board. This includes emphasis on fund development and seeking innovative alternate revenue sources, as well as continuing to work with government.

Internationally renowned as one of Canada’s leading metallurgical engineers, Samarasekera was appointed U of A president and vice-chancellor on July 1, 2005, and reappointed for a second term in 2009.

She has since led development of Dare to Discover: A Vision for a Great University, a seminal document that has acted as the guiding force in the U of A’s quest for excellence.

“My focus remains on the vision articulated in Dare to Discover,” she said, “To inspire the human spirit through outstanding achievements in learning, discovery, and citizenship in a creative community, building one of the world’s great universities for the public good.”