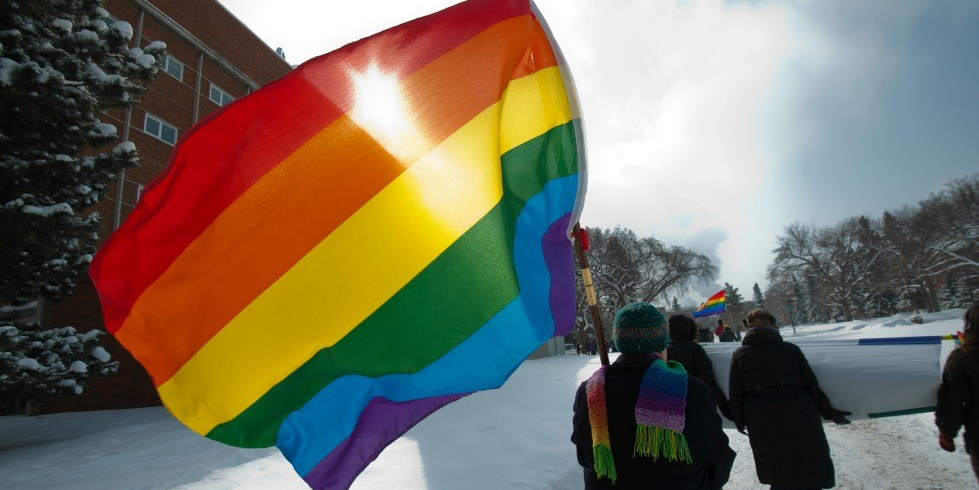 UAlberta's Pride Week continues to grow in its third year, with opportunities for everyone to be part of the celebrations from Feb. 28 to March 7.

(Edmonton) With the recent and ongoing provincial debate on whether gay-straight alliances should be supported in Alberta schools, LGBTQ issues have been hitting the mainstream media for months. This week, the University of Alberta’s vibrant and welcoming community comes together to celebrate inclusiveness in an educational institution and shed light on a part of that community that too often goes unseen.

This year is the third annual UAlberta Pride Week, and the celebration continues to grow, with opportunities for everyone to participate. "Pride Week is a really important way to bring visibility to an invisible population of students, staff and community members,” says Kristopher Wells, director of programs and services with the U of A’s Institute for Sexual Minority Studies and Services. “Most importantly, it celebrates diversity on our campus as something we should be embracing rather than something we fear, attack or make invisible."

With two new awards this year, iSMSS now offers more than $8,000 in scholarships available for LGBTQ community engagement, leadership and research on U of A campuses. The Orlando Books Collective entrance award offers $1,000 to an incoming first-year undergraduate student and the new Ronald Gordon Rowswell Award is intended to support graduate research on LGBTQ issues. The U of A is currently the only post-secondary institution in Alberta to offer such LGBTQ-focused scholarships.

Pride Week kicks off Saturday, Feb. 28, with a symposium at the Students’ Union Building entitled Inclusive Health: An LGBTQ Healthcare Primer. On Sunday, the Graduate Students’ Association will host a movie night at the Garneau Theatre. The Landing, located on the lower level of SUB, will be hosting an Intersections of Queer Symposium March 5–6. Everyone is welcome to attend either or both afternoons to learn about a variety of issues, including intersections between homophobia and Islamophobia.

This year UAlberta Pride is bringing in three distinguished speakers: Wade Davis Jr., executive director of You Can Play; Alex Abramovich from the University of Toronto, to present on LGBTQ2S youth homelessness; and Harlan Pruden, a Cree activist and two-spirit person. There are events every day from Feb. 28 to March 7, culminating in the 10th annual Camp fYrefly Gala fundraiser at the Art Gallery of Alberta.

There are more than 15 events at North Campus and in the surrounding neighbourhood, hosted by many partners, with more events planned at Augustana Campus and Campus Saint-Jean. “We are very pleased that this year, for the first time ever, CSJ will be hosting its own ‘Coming Out Monologues’ in French,” said Chris Daberer, iSMSS co-ordinator of UAlberta Pride.

The colourful campus Pride Parade is quickly becoming an anticipated U of A tradition, and this year the organizers have worked hard to ensure that it is accessible—and warm. “We have planned the parade route this year to take advantage of the extensive pedway system,” says Daberer. “And of course, we’ll be concluding the parade with our famous rainbow hot chocolate at the new PAW Centre.”

This year the organizers have approached the city to light up the High Level Bridge in honour of the week. HUB will also show its pride by lighting up different colour every night to represent different parts of the LGBTQ community.