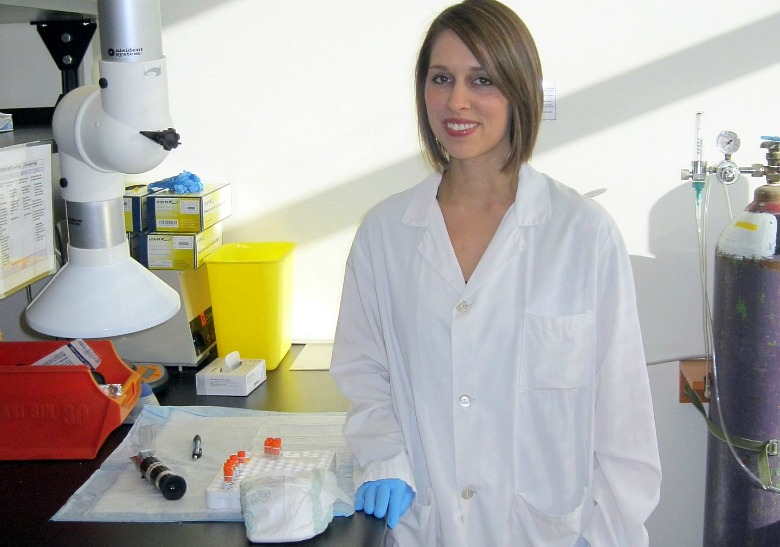 131211-meghan-azad-banner
Meghan Azad and her research team reviewed clinical trials from around the world and found that probiotics had no effect on preventing asthma in kids.

(Edmonton) Taking probiotics has health benefits, but preventing childhood asthma isn’t one of them, according to recently published research led by medical scientists at the University of Alberta.

Meghan Azad, a Banting post-doctoral fellow in the Faculty of Medicine & Dentistry at the U of A, was the principal investigator on the findings published in the British Medical Journal. Her team reviewed data from 20 clinical trials in Europe, Australia, New Zealand and Taiwan that involved more than 4,800 children whose mothers either took probiotics during pregnancy or gave probiotics to their babies in the first year. The rate of doctor-diagnosed asthma was 11.2 per cent among infants who received probiotics and 10.2 per cent among babies who received the placebo.

“Taking probiotics had no effect on the asthma rate,” said Azad, who works in the Department of Pediatrics. “We haven’t shown there’s any harm in giving probiotics, but it can’t really be advised as a strategy to prevent asthma.

Her team made another finding that warrants more research: babies who received probiotics as infants or in utero had higher incidences of lower respiratory infections.

“This study identified a potential association between probiotics and lower respiratory infections,” said Azad. “But more research is required to see if the two are indeed linked.”

She says the topic of research was important because “it summarized an emerging area of research, and will help physicians make evidence-based decisions relating to childhood asthma prevention.”

Azad’s team included U of A colleagues Anita Kozyrskyj with the Department of Pediatrics and Catherine Field with the Faculty of Agricultural, Life and Environmental Sciences. Colleagues from the University of Manitoba included: Clare Ramsey, Allan Becker, Ahmed M. Abou-Setta, Carol Friesen and Ryan Zarychanski.

Azad is continuing her research in this area, examining the use of antibiotics and how it affects babies' gut bacteria.