Anne Fanning recognized for leadership in global fight against tuberculosis. 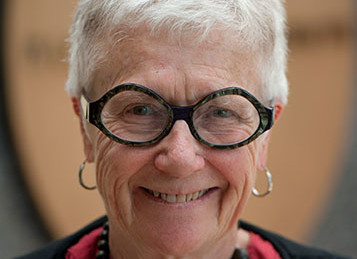 (Edmonton) At 75 years young, Anne Fanning is bright, articulate, cheerful and, above all, passionate about her life’s work in preventing tuberculosis.

“It suited me,” says Fanning with an infectious laugh. “I’ve always been a champion of hopeless causes, so it fits me to a tee.”

For more than 40 years, Fanning, professor emerita in the Department of Medicine at the University of Alberta, has been a leader in the global fight against tuberculosis and other communicable diseases. That body of work has now been recognized in the form of the Canadian Medical Association’s highest honour, the Frederic Newton Gisborne Starr Award.

The award places her in the company of two of the U of A’s biggest luminaries: virologist Lorne Tyrell, who won in 2004, and biochemist J.B. Collip, who shared the award in 1936 with Frederick Banting and Charles Best for his instrumental role in developing insulin for use in treating people with diabetes.

Fanning seems genuinely surprised by the recognition, noting the high standards and traits she has observed in past winners. “It seems like it is creativity, and innovation, and passion,” she says with a smile. “Maybe I got the award for passion.”

Fanning began her life in medicine as a graduate of the University of Western Ontario medical school. After postgraduate training in internal medicine in Montreal and Alberta, along with subspecialty training in infectious diseases, she joined the U of A’s Department of Medicine in 1972, where she became responsible for the care of tuberculosis patients—a clinical responsibility she held for more than 30 years.

Fanning says it was not the career path she had expected when she first accepted the job. “I thought, ‘I don’t know anything about TB but I’ll find out. It doesn’t sound very exciting but it’s not a bad thing to do.’ But it was endlessly fascinating.”

She became a tireless advocate in promoting education and training to better combat tuberculosis around the world. From 1987 to 1996, Fanning was the director of tuberculosis services for Alberta Health and a consultant at the Edmonton TB clinic. In 1998, she took a one-year position with the World Health Organization’s global TB program as a medical officer. Upon her return, Fanning was appointed co-ordinator of international/global health with the U of A’s Faculty of Medicine & Dentistry, a position she held until 2011.

For Fanning, her life’s work has been full of rewards and achievements. But she cautions there is still work to do. Though tuberculosis is relatively rare in developed countries, she says it continues to be problematic in marginalized populations and developing countries, and that the need to raise awareness and provide care is still high.

“I am passionately concerned that we honour our responsibilities as a society,” she says, “to help the least among us who are probably the most needy and the most likely to be overlooked.”

A professor emerita since 2005, today Fanning continues her work by serving on the board of Stop TB Canada. She is also involved with the Alberta Council for Global Cooperation, the Keiskamma Canada Foundation and the Global Indigenous STOP TB Initiative working group. On occasion, Fanning can also be found in the hallways of the U of A, visiting colleagues and delivering guest lectures to students.

According to Fanning, the latest honour from the Canadian Medical Association does not mark the end point of her work, but instead, motivates her as she moves forward. “You get something like this and you think, ‘I’ve got to earn this.’ It will take the rest of my life and several more after that to do it.”

Fanning will be presented with the Frederic Newton Gisborne Starr Award at a ceremony Aug. 20 in Ottawa during the association’s 147th annual meeting.