Protein discovery could lead to better diagnosis and treatment of stress 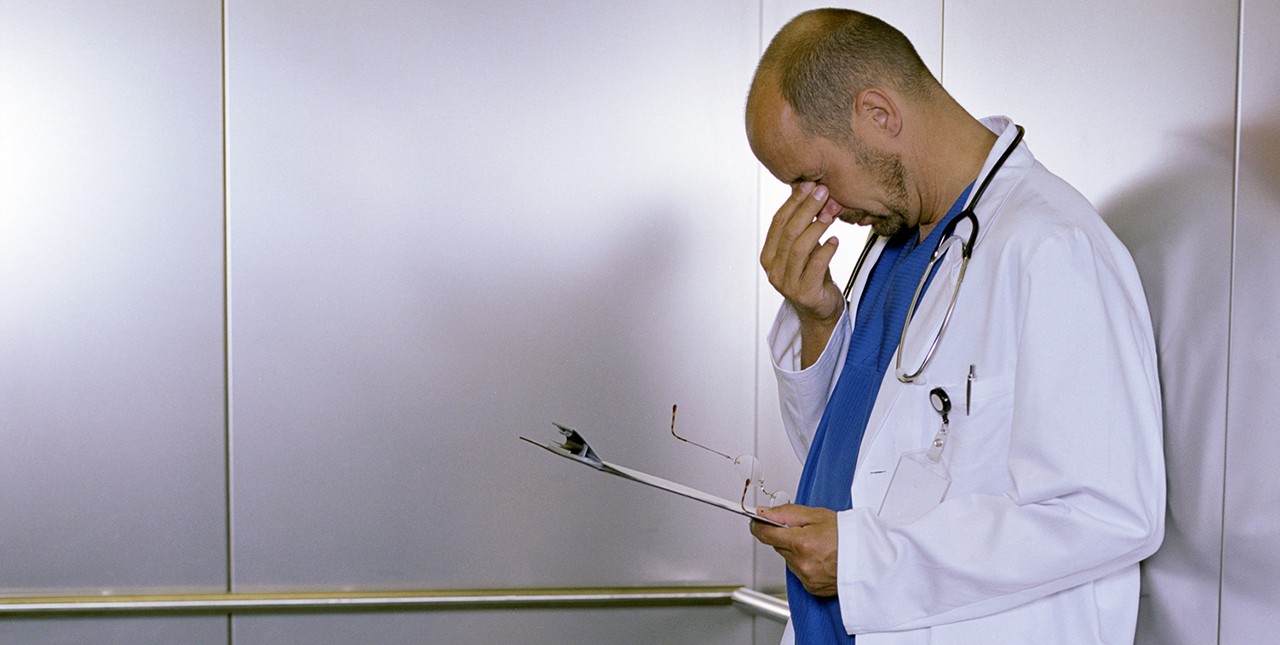 Researchers have found a protein that is present in people while they are in stressful situations. The discovery could lead to identifying new ways to predict, diagnose and treat stress.
Mature male doctor rubbing eyes in lift, holding clipboard, side view

A new discovery could lead to identifying new ways to predict, diagnose and eventually treat stress.

“We found a protein, previously known to be only in testicles, that’s also in everyone’s saliva, and it’s a marker of acute psychological stress and feelings of negative mood or emotional distress,” said UAlberta medical researcher Dean Befus about his research, which he conducted with Thomas Ritz from Southern Methodist University in Dallas, Texas.

Concentrations of the protein, CABS1 (calcium-binding protein spermatid specific 1), were measured in participants’ saliva as they self-reported stress, when they were put under acute psychological stress (asked to present to a group) and in real-life stress situations (students undertaking exams).

“In all three studies reported on in our paper, there was a connection between stress and the presence of CABS1,” said Befus. “Given 70 per cent of health-care costs have some component of stress with them, this finding could lead to significant cost savings down the road.”

The researchers aren’t certain of CABS1’s function, but they did note that it has anti-inflammatory activity. “So when the protein is being produced in response to stress, is it going to work to dampen stress?” he asked.

If that’s the case, Befus said that there is the potential to commercialize the molecule into a treatment for stress itself.

In the meantime, Befus and his team are developing a non-invasive CABS1-based saliva test that could eventually be used to diagnose acute and chronic stress, and conditions such as post-traumatic stress syndrome.

Furthermore, they may eventually be able to test people for stress resiliency.

Befus and his team showed that while the majority of people in the study produce one form of CABS1 in saliva, about 15 to 20 per cent of people have multiple forms of the molecule in their saliva that correlate with participants not feeling stress

The study, published in the American Journal of Physiology, was funded by AllerGen.

Protein discovery could lead to better diagnosis and treatment of stress