Rapid shift in perception shows people are heeding public health advice—and points to differences in how Asian and non-Asian Canadians view wearing masks, say U of A researchers. 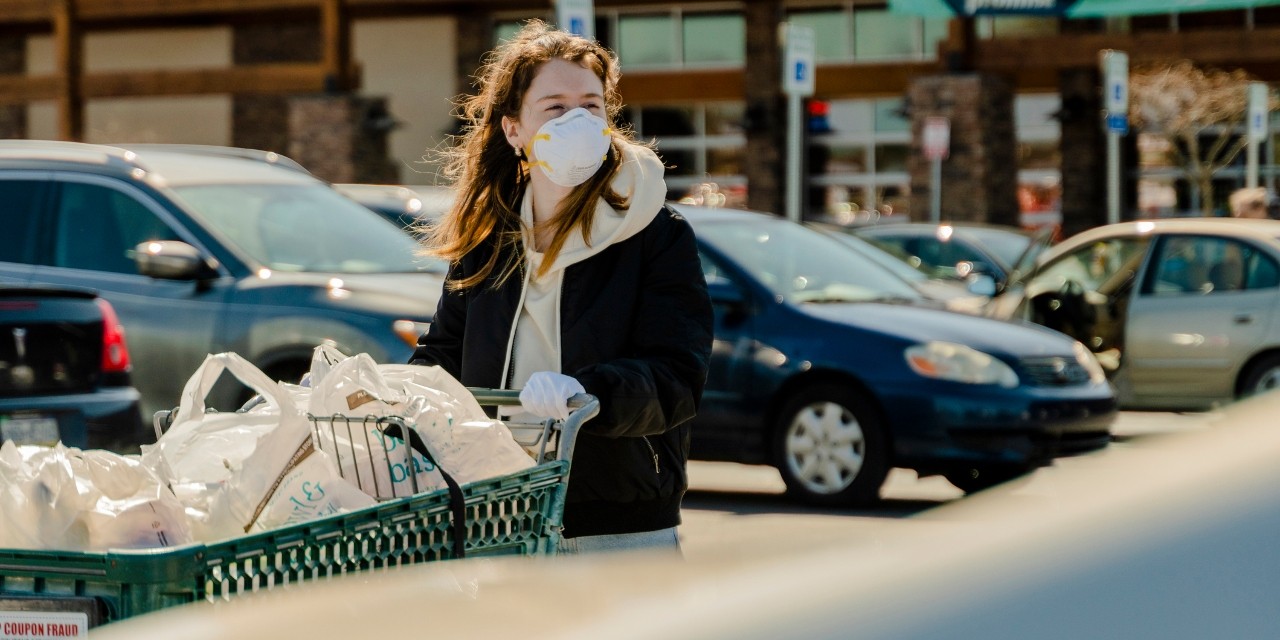 Many Canadians have quickly shifted their attitudes toward wearing protective masks in public during the COVID-19 pandemic—something Asian-Canadians tend to be already comfortable with, according to U of A researchers. (Photo: Getty Images)

Public acceptance of protective face masks has evolved dramatically in Canada since the beginning of the COVID-19 pandemic, according to new psychology research from the University of Alberta.

It’s a sign people are heeding the advice of public health officials. But many in the Asian-Canadian community see it as confirmation of what they knew all along, according to the researchers.

“Many are saying it’s about time,” said Doris Zhang, who is examining the stigma of masks in Canada along with U of A anthropologist Heather Young-Leslie.

“North Americans haven’t experienced severe respiratory epidemics since the so-called Spanish flu, whereas in Japan and in China they have had more serious epidemics,” said Young-Leslie.

“Those societies have had a lot more practice and time to develop etiquette and social behaviour to get over concerns about things like wearing a face mask, whereas we are a bit behind that curve in North America,” she said, especially when it comes to wearing a mask while not showing symptoms.

The ongoing study looks at differences in perceptions of masks between Asian and non-Asian Canadians. It is supported by a federal grant awarded to U of A psychologist Kim Noels through the federal government’s Rapid Research Funding Opportunity, created to aid in the battle against COVID-19.

Zhang and Young-Leslie have been collecting data mainly through focus groups and surveys of Canadians from across the country.

Before the pandemic, the prevalent assumption among non-Asian Canadians was that someone wearing a mask must be ill or overly sensitive to toxins in the environment.

However, those from East Asian cultures—such as China, Korea, Vietnam and Japan—are accustomed to wearing masks for a variety of reasons, said Zhang.

“It's so prevalent that, even if you see somebody on the street wearing a face mask, you wouldn't automatically go straight to thinking they're sick. In fact you wouldn't think much about it at all.

“(In Asia) we wear face masks for everything from preventing the cold air from hurting our face to protecting ourselves from pollutants or allergens.”

Asian celebrities will often wear masks like the Japanese Pitta to achieve anonymity in public or as fashion accessories, said Zhang.

Masks are also regarded as a sign of social responsibility in Asian cultures, said Young-Leslie.

“It’s a way for people to demonstrate solidarity for their fellow human beings: ‘I put a mask on, you put a mask on, and we’ll be looking after each other.’”

Canadians are now approaching that same degree of acceptance, said Young-Leslie, seeing masks as a sign of goodwill. Whereas just three months ago they were regarded as “only for the weird or the sick,” pressure is mounting for everyone to wear them, especially in grocery stores or crowded spaces.

In a poll conducted last month by Leger and the Association for Canadian Studies, 51 per cent of Canadians surveyed said they’ve worn masks to go grocery shopping. Fifty-three per cent said masks should be mandatory in public and confined spaces like shopping malls and public transit.

“Before the pandemic, we had some non-Chinese-speaking Canadians saying, ‘I don't wear a mask when I go out because I'm afraid it's going to make me more targeted,’” said Young-Leslie.

“Seeing more people wearing face masks made them feel supported when they did wear them outside.”

For Chinese immigrants to Canada, however, the behaviour of others did not seem to affect their own behaviour, said Zhang.

One surprising finding was the stigma attached to N95 masks, especially early in the pandemic when there was a shortage of them, said Young-Leslie. Those wearing the medical-grade masks were seen as diverting critical PPE from the front line.

“People were ashamed, embarrassed or reluctant to wear an N95 mask in a non-medical setting, because they felt like it was somehow demonstrating disloyalty for health-care workers,” she said.

Even those who already owned N95 masks for other purposes, such as smoke protection or construction, said they preferred to wear a paper or cloth mask in public, or nothing at all.

The encouraging conclusion of the study, said the researchers, is that attitudes towards masks directly reflect advice from public health authorities. But that advice must be consistent to be effective.

“If we don’t get clear messaging about how to properly wear masks, and about what the science is showing on whether or not masks make a difference, people will lose trust,” said Young-Leslie.

“I think that's a big concern.”