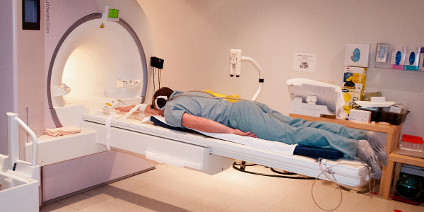 A view of the MRI video setup at the Peter S. Allen MR Research Centre, University of Alberta.

UAlberta research team uses MRI video to observe for the first time what happens inside joints when they crack.

(Edmonton) “Pull my finger,” a phrase embraced by school-aged kids and embarrassing uncles the world over, is now being used to settle a decades-long debate about what happens when you crack your knuckles.

In a new study published April 15 in PLOS ONE, an international team of researchers led by the University of Alberta used MRI video to determine what happens inside finger joints to cause the distinctive popping sounds heard when cracking knuckles. For the first time, they observed that the cause is a cavity forming rapidly inside the joint.

“We call it the ‘pull my finger study’—and actually pulled on someone’s finger and filmed what happens in the MRI. When you do that, you can actually see very clearly what is happening inside the joints,” explained lead author Greg Kawchuk, a professor in the Faculty of Rehabilitation Medicine.

Scientists have debated the cause of joint cracking for decades, dating back to 1947 when U.K. researchers first theorized vapour bubble formation as the cause. That was put in doubt in the 1970s when another team of scientists instead fingered collapsing bubbles as the cause.

The idea for the project was born when Nanaimo chiropractor Jerome Fryer approached Kawchuk about a new knuckle-cracking theory. They decided to skip the theories and, with U of A colleagues Jacob Jaremko, Hongbo Zeng, Richard Thompson and Australian Lindsay Rowe, decided to actually look inside the joint.

But to find an answer, the team needed someone capable of cracking knuckles on demand—a job that fell to Fryer himself. Kawchuk said most people have the ability to crack their knuckles but unlike most, Fryer can do it in every finger, and after the standard recuperation time, he can do it again.

“Fryer is so gifted at it, it was like having the Wayne Gretzky of knuckle cracking on our team,” says Kawchuk.

Fryer’s fingers were inserted one at a time into a tube connected to a cable that was slowly pulled until the knuckle joint cracked. MRI video captured each crack in real time—occurring in less than 310 milliseconds.

In every instance, the cracking and joint separation was associated with the rapid creation of a gas-filled cavity within the synovial fluid, a super-slippery substance that lubricates the joints.

“It’s a little bit like forming a vacuum,” Kawchuk said. “As the joint surfaces suddenly separate, there is no more fluid available to fill the increasing joint volume, so a cavity is created and that event is what’s associated with the sound.”

More than settling a scientific curiosity, the findings pave the way for new research into the therapeutic benefits or harms of joint cracking, explained Kawchuk, a PhD in bioengineering and expert in spinal structure and function.

Scientists have calculated that the amount of force at work when you crack your knuckles has enough energy to cause damage to hard surfaces, yet research also shows that habitual knuckle cracking does not appear to cause long-term harm. Those conflicting results are something Kawchuk and his team plan to investigate next.

“The ability to crack your knuckles could be related to joint health,” said Kawchuk, who believes this work could have implications for other joints in the body, including the spine, and help explain why joints become arthritic or injured.

In addition to solving the riddle of finger cracking, the team’s data revealed the presence of a white flash that appears just before cracking.  No one has observed it before, says Kawchuk, an occurrence he believes is water suddenly being drawn together just before the joint cracks. Kawchuk said he’d like to use even more advanced MRI technology to understand what happens in the joint after the pop, and what it all means for health.

“It may be that we can use this new discovery to see when joint problems begin long before symptoms start, which would give patients and clinicians the possibility of addressing joint  problems before they begin.” 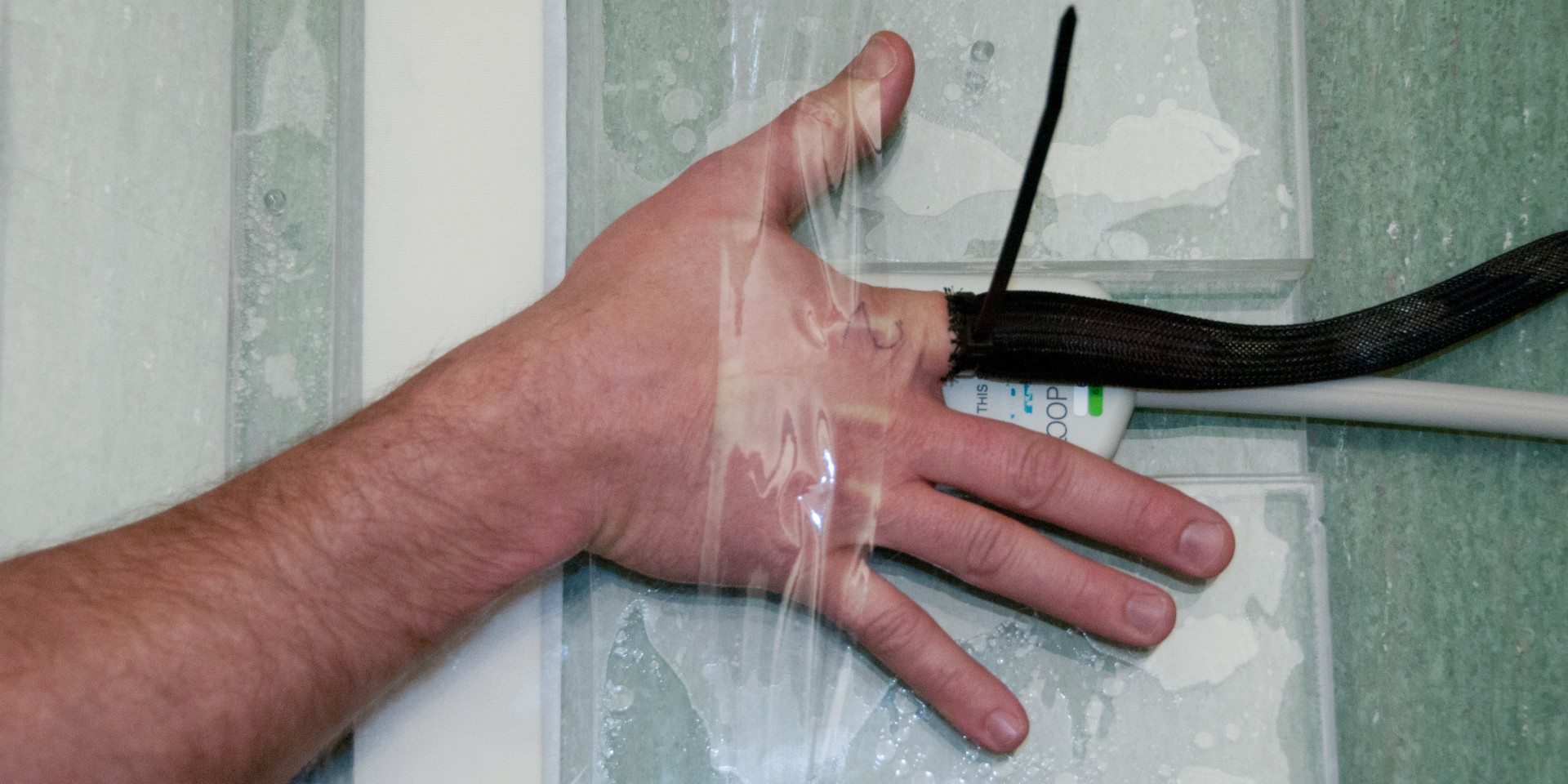 A close-up view of the knuckle-cracking setup inside the Peter S. Allen MR Research Centre, University of Alberta.