It’s fairly evident that there are Russian weapons in Ukraine, and certainly a number of Russian army troops as well, not a massive amount, but maybe eight or nine thousand.

Putin's grip on Russia strong as ever 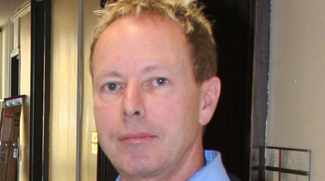 (Edmonton) While the assassination of Russian opposition leader Boris Nemtsov has made international headlines over the past week, it is not likely to tarnish the reputation of President Vladimir Putin in the long run, says David Marples, a University of Alberta expert on Eastern European politics.

Apart from a few lone voices, “there's no opposition to speak of in Russia,” says Marples, pointing out that Putin’s domestic approval rating was last gauged at about 87 per cent. “There's no ruler in the world who can match that.

“State propaganda is obviously working, and despite falling oil prices, Russia will hang in, and eventually those prices will start to rise again and you'll see some form of economic recovery.” It’s a scenario that bodes well for Putin’s continued popularity within Russia’s borders, he says, after the current wave of protest over Nemtsov’s death wanes.

Marples, who is the chair of the Department of History and Classics, has written extensively on politics of Ukraine, Belarus and Russia, is the director of the U of A’s Stasiuk Program for the Study of Contemporary Ukraine and president of the North American Association for Belarusian Studies. He has 17 books to his credit, and has followed Russian politics closely for the past three decades.

Especially in the past decade, says Marples, the Russian opposition has become weaker than it’s been in a long time. And though Nemtsov was one of Putin’s most outspoken critics—about to release a report many believed would prove the president’s direct involvement in the Ukrainian war—he was only one voice railing against a massive propaganda machine, says Marples. The few voices critical of Putin find scant expression in a country dominated by state media.

"I mean, where would he have released this information—it would never have made Russian media, perhaps only a couple of non-government newspapers,” he says. "It's fairly evident that there are Russian weapons in Ukraine, and certainly a number of Russian army troops as well, not a massive amount, but maybe eight or nine thousand.”

So the question is, was there anything new in Nemtsov’s report that hasn’t already been said? Likely not enough to cause Putin much grief, says Marples, who agrees with many other observers of Russian politics that Putin is unlikely to have been involved in Nemtsov’s slaying.

“It's not really a practice of Putin to knock off his political rivals, and not many politicians get assassinated in Moscow, right in front of the Kremlin where there are cameras the whole time…. You don't need to create that kind of international furor and also maybe even inspire opposition by doing so.

“I think if he'd really been bothered by Nemtsov he'd do what he did with (political activist and Putin critic) Alexei Navalny—he'd just shut him away for a bit, or, as he did with (Russian oligarch) Mikhail Khodorkovsky, send him into exile and then it's done. I don't see why he'd have to kill him.”

The assassination was far more likely a random attack, the result of state propaganda that fans the fires of nationalism, anti-liberalism, and hatred of Ukraine and the West. “Certainly there's more of that than I've ever known before in Russia, and the whole atmosphere there is pretty unpleasant."

Marples recalls meeting Nemtsov a few times over coffee at conferences. He was struck by the man’s intelligence, “but it would be dishonest if I didn't say my first impression was that he was quite self-important as well.

“He really liked the media and press coverage and being a celebrity. He looked like one, an enormous man—maybe six-foot-four—and towered over everybody. When he came into a room, you couldn't miss him."

Putin's grip on Russia strong as ever
Newsroom