Putting the brakes on distracted driving 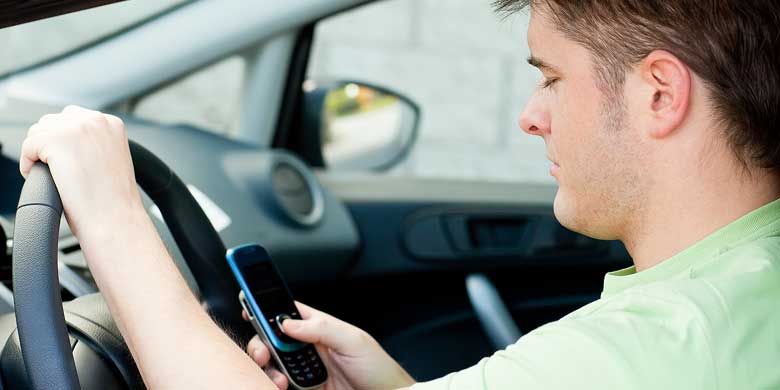 130529-distracted-driving-banner
Men are more likely than women to use cellphones while driving, according to new UAlberta research.

(Edmonton) If you’re still using your mobile phone behind the wheel, University of Alberta sociology researcher Abu Nurullah likely has your number.

More specifically, he can tell what statistical category you fall under. Using survey data from mid-2011—just months before Alberta’s distracted-driving law went into effect—Nurullah and his colleagues determined several characteristics of people who appear to top the risk scale by using cellphones while driving. The data are useful for police who have to deal with unlawful drive-and-dialers, and for policy-makers seeking to change offenders’ habits with ad campaigns.

Nurullah says that although campaigns are an important piece of curbing the behaviour, social pressure from family and friends is also important.

“I think the social influence is the key one. Friends, family, employers—they should be influencing others to reduce the use of cellphones while driving,” he said. “Effective enforcement of the laws should include not only fines for such offences, but also mandatory lessons on the dangers of cellphone use while operating a vehicle.”

Driving demographics: Mobile phone use by the numbers

“These stats can be used to identify the worst offenders for effective enforcement of laws that deter cellphone use while operating a vehicle,” said Nurullah. “Since males are more likely to undertake risky driving, it is expected that they would use cellphones more in driving situations.”

Though the legislation introduced in 2011 may have curbed some use, Nurullah says that a common levelling-off effect means other measures need to be put in place to convince itinerant talkers to hang up and drive.

“There should be an emphasis on educating people about this, changing people’s mindsets about doing this, because it is risky,” he said. “There is no better alternative than social pressure because it is more effective than legal enforcement. Social media campaigns can also be designed to make people informed about safe driving practices involving the use of cellphones.”