Queer Muslims: out of the closet and into the library

Young Muslims are talking about their identities on social media, but they don’t have representation in academia or even in pop culture. There needs to be a bridge. 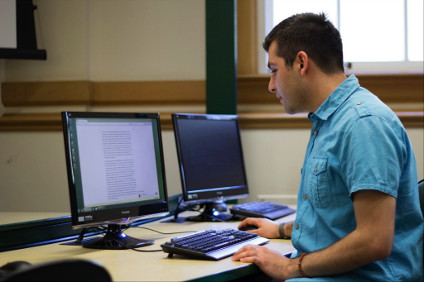 Visconti’s research was inspired in part by Just Me and Allah, a Tumblr project about queer Muslims in Toronto.

Grad student Gianmarco Visconti is out to challenge assumptions about what it means to be a young Muslim. 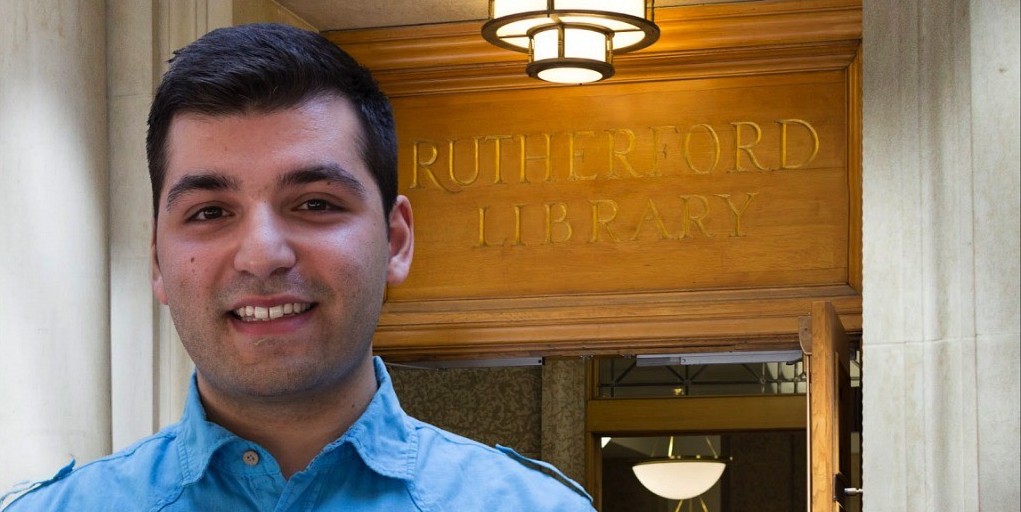 (Edmonton) Gianmarco Visconti occupies a privileged position in society, and he knows it. Born and raised in Edmonton, the master's student in the Faculty of Education's School of Library and Information Studies is also gay and Muslim—facts he can choose to disclose, or not.

“My mother is of Arabic descent, raised in Kenya by adoptive parents. She deliberately didn’t give us Arabic names to protect us from being targets,” says Visconti.

That personal privilege, denied to many “Khalids” and “Maleehas,” is partly what inspired Visconti to dive deeper into a gap in the academic literature. His paper on marginalized people and libraries, titled “Queer Muslim Users: Intersectional Spaces in Libraries,” won him the Canadian Library Association’s 2015 Student Article Award this past spring.

“Young Muslims are talking about their identities on social media, but they don’t have representation in academia or even in pop culture. There needs to be a bridge,” says Visconti.

“I wrote this paper for my LIS 501 class,” explains Visconti. “As part of the class, we had to read a book on the history of libraries, and I was surprised to find a chapter on Islamic libraries. I just didn’t know anything about them. The topic was never picked up at any other point. What about contemporary Muslim libraries? What about contemporary accomplishments of Muslims in the field?”

Islamic libraries were the first lending libraries in the world, a tradition that was adopted by Western cultures and is fundamental to our understanding of libraries today. Visconti sounds almost protective when he notes the cultural appropriation that has taken place, yet the origins are not recognized. “How can you claim the history, but not talk about the people?”

Visconti was also interested in the work of Toronto photographer Samra Habib, and her Tumblr project, Just Me and Allah. “I was really inspired by this project where Samra is taking photos and writing short essays about queer Muslims in Toronto. She is being supported by the Toronto Public Library and the Canadian Lesbian and Gay Archives.”

The disconnect between the ancient world and the issues of today was palpable. “I noticed that on one hand, Muslims are included in the historical library literature, but excluded from contemporary work. On the other hand, young Muslims are talking about their identities on social media, but they don’t have representation in academia or even in pop culture. There needs to be a bridge there.”

One box doesn’t fit all

In an academic setting, considerable time is spent considering marginalized groups, and contemporary librarianship is largely about public service. Visconti notes that queer Muslims, like all people, should have access to materials that pertain to their lives. “In the current library context, there is no guarantee that a space dedicated to new Canadians or to LGBTQ people will be relevant or safe for them. Librarians must anticipate and care for the needs of others even if they don’t have the same perspective or same needs as we [librarians] might have.”

“The problem with the way issues of marginalization are talked about is that they become single-topic issues,” he explains. “But people simultaneously take up multiple identities—they aren’t just immigrants, or just LGBTQ, or just homeless. A queer Muslim is just one example.” His paper is meant to challenge some strongly held assumptions and point out that “we need to go a step further because one box doesn’t fit all.”

“I want to be a little bit critical of the idea of a library as a neutral space. A library can be used … to have discussions about identities that live on the margins of many cultures,” says Visconti.

Many Muslims are Canadian-born and may speak various languages, or they may only speak English. “No one is talking about Muslim identity. Mainstream society is Islamophobic. And what people know about Muslims comes through a media filter, a one-dimensional picture of who Muslims are.

“People generally think of a library as a neutral place, unlike a church, or a queer support centre, but it is still an institution in a Western tradition,” explains Visconti, noting that although a library is a gathering place for learning and dialogue, that doesn’t make it apolitical. “I want to be a little bit critical of the idea of a library as a neutral space. A library can be used as an intersectional space, to have discussions about identities that live on the margins of many cultures. But I’m wary of saying libraries are always the perfect place,” says Visconti.

The importance of questioning assumptions

“Winning this award was really a big surprise for me,” says the soft-spoken grad student. “I just sent it off, and I didn’t know if the paper would be library-centric enough—or I thought that they might be intimidated by the topic, or that they’d look at my name and say, ‘What does this person with the Italian name know about Muslims?’”

He is careful to caution that he’s not giving any advice. “I’m just pointing out that it is unrealistic to rely on these broad types of programming where you target a single group.”

“The thing is, Muslim is a religious identifier, not a racial identifier. There are Muslims from all racial backgrounds. But we are often othered as one homogeneous group.”

Referencing the February 2015 shooting of three young Muslims in Chapel Hill, N.C., Visconti points out that there are very real consequences to leaving assumptions unchecked. “It is important to think about these things—the assumptions we make—no matter which group you’re from. After all, this is a shared space we all live in.”

Queer Muslims: out of the closet and into the library
Newsroom