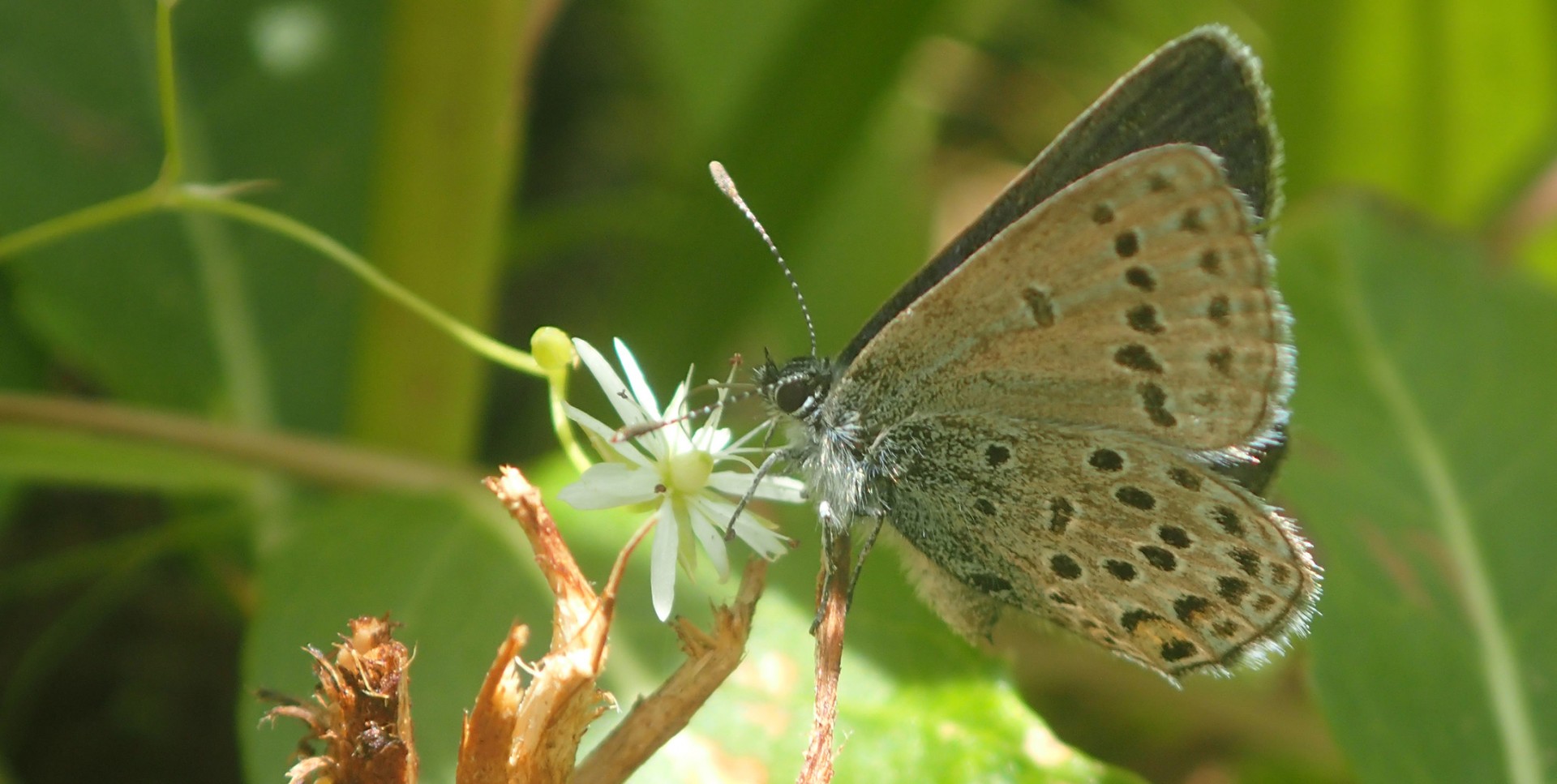 Seismic lines—used to measure underground oil reserves in Northern Alberta—seem to be good for butterflies, including one rare species.

In one of the first studies to measure the impact of seismic lines and other disturbances from oilsands development on insects in the Wood Buffalo region, post-doctoral fellow Federico Riva discovered that cranberry blue butterflies, like most other types, appeared to exploit the extra sunshine and more diverse plant life provided by these corridors cleared of trees and shrubs.

Though found across North America, Europe and Asia, the butterfly—so named because it likely feeds on small bog cranberry plants—was rarely found in wet peatland forests in Alberta, where their food grows.

The finding supports research from an earlier study led by Riva, showing that clear-cut areas created for seismic lines, well pads and roads showed higher diversity and numbers of butterflies. Beside gravel roads, for example, there were five times more butterflies and three times more species found than in the nearby boreal forest.

“It’s a substantial change, as having more butterflies suggests there are changes in the structures of the forest that allow new species to survive there,” he said.

However, the research findings also show a flip side to development disturbances, he noted.

While butterflies benefited, it’s unknown how disturbances like seismic lines—which can total up to 40 kilometres per square kilometre of forest—could affect other species, Riva suggested.

“We don’t know how such structural changes will affect other organisms. We don’t know all the consequences,” he said, adding that it was still desirable to minimize changes in the Alberta forests.

“Just because butterflies thrived with disturbance, it doesn’t necessarily mean that oilsands are good for the ecosystem. It just means that this specific group of insects is generally not showing negative responses to in situ development, where extraction occurs via wells.”

He noted that oilsands development was harmful to cranberry blues in other ways: his research showed a 60 per cent loss of the butterfly within well pad areas.

“It seems like larger forest clearings change conditions such as moisture and wind speed, resulting in unsuitable patches to these sensitive butterflies,” he said.

He also pointed out that butterflies demonstrate a change in these forests for disturbances of 10-metre-wide seismic lines, though more recently installed “low-impact” seismic lines (narrower than five metres wide), implemented in the early 2000s, did not trigger any change in the diversity and abundance of butterflies.

He said further research is needed to investigate how changes caused by oilsands disturbance affects other levels of the ecosystem “because it’s a complex system. Some species could be positively affected, others negatively affected,” he said.