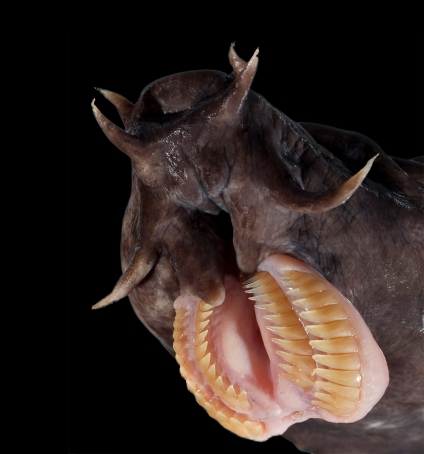 The modern-day hagfish has no eyes, jaws or teeth, and instead uses a spiky tongue-like apparatus to rasp flesh off dead fish and whales at the bottom of the ocean. (Photo: Vincent Zintzen, New Zealand Department of Conservation, and Carl Struthers, Museum of New Zealand Te Papa Tongarewa)

New study of one of the oldest known hagfish fossils shows the eel-shaped creatures have remained largely unchanged for at least 66 million years. 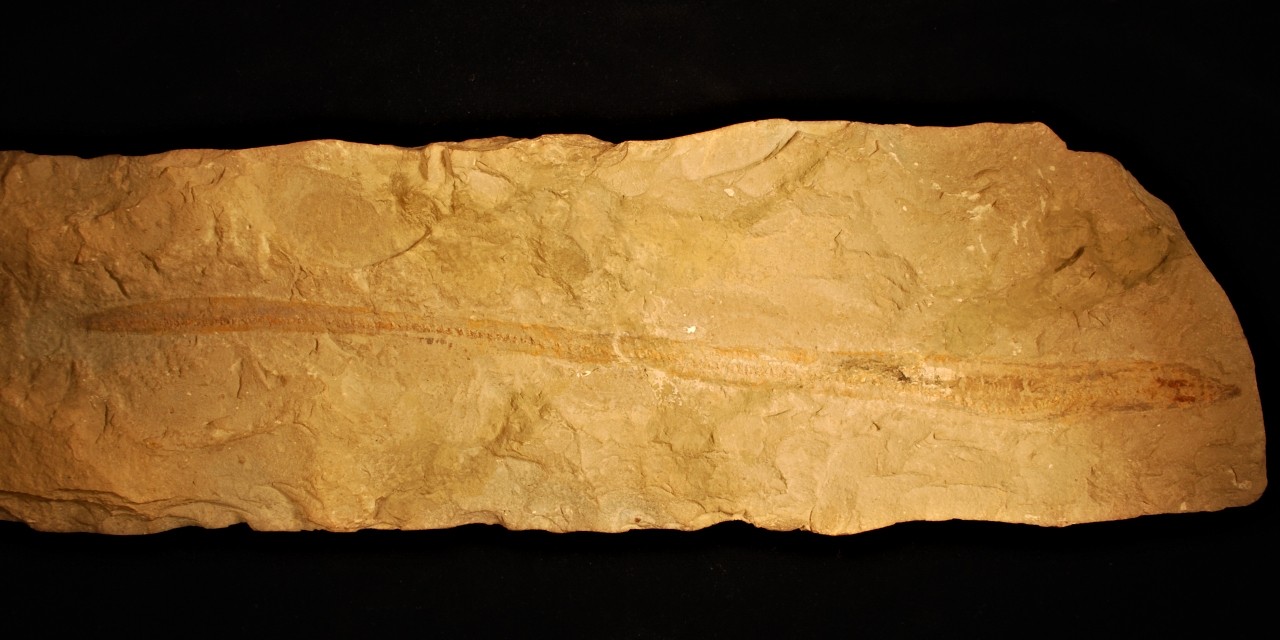 Tethymyxine tapirostrum, a 100-million-year-old, 12-inch-long fish embedded in a slab of Cretaceous period limestone from Lebanon, is believed to be the first detailed fossil of a hagfish. (Photo: Tetsuto Miyashita, University of Chicago)

The discovery of one of the oldest known hagfish fossil with its soft tissue preserved shows the eel-shaped fish have remained largely the same since at least the Late Cretaceous period, 66 to 100 million years ago.

Paleontologists have long debated when the hagfish lineage separated from lamprey eels, and whether the latter are more closely related to more advanced animals with backbones.

Hagfish are jawless, boneless vertebrates that live in cold marine environments around the world. They produce slime to protect themselves from predators—in fact, they can produce a litre of slime in less than a second.

“Soft tissues are rarely preserved, but can include 90 per cent of the anatomical information of any animal,” explained U of A paleontologist Philip Currie, a co-author on the study who first saw the fossil in 2013 and was impressed by its exquisite preservation.

“The new hagfish fossil had more information on the anatomy of these animals than any other fossil, and thus showed promise for finally solving the debate,” said Currie, who added the specimen included chemical traces of slime glands, the first time scientists were able to observe that in such an old specimen.

The researchers, led by then U of A PhD candidate Tetsuto Miyashita, now a post-doctoral fellow at the University of Chicago, conducted a detailed analysis of the soft tissues—including the slime glands, using synchrotron rapid-scanning X-ray fluorescence.

“Results indicated that hagfish have been an independent lineage since at least the late Cretaceous period,” said Currie.

The study, “Hagfish From the Cretaceous Tethys Sea and a Reconciliation of the Morphological-Molecular Conflict in Early Vertebrate Phylogeny,” is published in PNAS.