Reading history in the margins 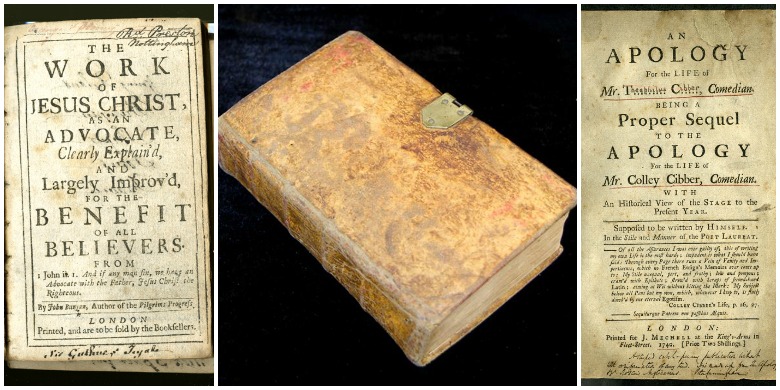 130221-spaciousmargin-banner
Annotations in the margins of 18th-century books reveal rich details of history and offer clues about how technology has changed the way we read, say two UAlberta researchers who recently published their own book on the subject. (Photos courtesy Bruce Peel Special Collections Library)

(Edmonton) The margins of books that were read centuries ago could explain why we spend less time reading a book today than people did in the 18th century, according to two University of Alberta researchers.

As part of their research for their recently published book, The Spacious Margin: Eighteenth-Century Printed Books and the Traces of Their Readers, English and film studies professors Sylvia Brown and John Considine studied annotations scribbled in the margins of books owned by famous people—such as John Wesley, co-founder of the Methodist Church—as well as by ordinary people the pair say are unknown to history.

From studying the margins of books, some dating back as far as 1689, they observed the evolution of a reading habit that began in the 18th century and is being mastered today.

Brown says that in the 17th century, people would typically own only a few books, such as a Bible or a collection of sermons. Those books were valued and read in very concentrated ways—and heavily annotated, she notes.

“But in the 18th century, there were more printed works and more opportunities to buy print. More people owned more books, so intensive reading was replaced by something we’ve taken to an extreme today, which is the very casual skimming of books,” Brown says. “And so we see far less annotation in the 18th century.”

But the abundance of books did more than spur an evolution of reading habits. Readers who annotated their books provided rich details of history often missed in the general accounts of the past, says Considine.

For their study, Considine and Brown pored over more than 60 tomes from the U of A’s Bruce Peel Special Collections, a rare collection of books that can’t be found anywhere else in the world. But centuries on, we may not have such a record, says Brown.

“When there were fewer books and people kept them, we had an archive of the past. We’re in danger of leaving no archive of our present; our preservation is very fragile. Will people 300 years from now start to think about our specific stories? They might have access to them, but the stories may also disappear because there isn’t a kind of consciousness of how fragile this information is and the need to preserve it,” she says.

“There’s a danger now in resources like Google Books to feel that a book is really its disembodied contents—that if you have the electronic text of the book, that that’s the book,” says Brown. “We can actually make this mistake because of the mass proliferation of books.”

In times past, she says, owning a book meant buying the pages from a bookseller and then ordering a custom binding. “They would have, from the beginning, understood the book as an embodied thing, that its material life was unique,” Brown says.

That disconnect in perception of the materiality of books is creating a gap in the continuum of our history as recorded in the margins of 18th-century books, says Considine.

“There’s a very basic human interest in making connections with people who are unlike us. Looking at old books is a way of looking at that connection with someone very different from us, who lived in a different country and century.”

Reading history in the margins
Newsroom