Recognition of excellence headlines Celebration of Research and Innovation 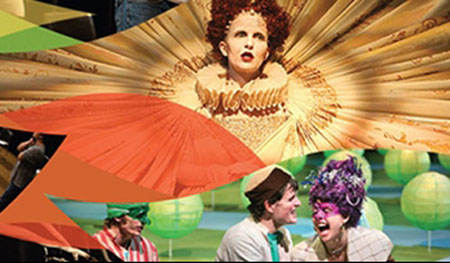 (Edmonton) In many ways, next week’s Celebration of Research and Innovation could be billed as an event with something for everyone. Medical, natural and social scientists; veteran, mid-career and young researchers; academic and support staff—all will be represented at this year’s event happening next Tuesday in the Myer Horowitz Theatre at the University of Alberta’s North Campus.

Started in 2009, the celebration filled a perceived gap in recognition of calibre and excellence in research on the campus. Lorne Babiuk, University of Alberta’s vice-president of research, notes that the decision to hold an event to provide recognition for contributions made to the institution by researchers was a collective idea.

“People said, ‘it’s about time we started to celebrate and recognize our colleagues for all their hard work and demonstrate that we have individuals at this university who are recognized nationally and internationally,’” he said. “Often people did not know what their colleagues were doing, so it is important to demonstrate and celebrate those achievements.”

Babiuk says that the event is reflective of the level of excellence that is found in all disciplines and faculties on campus. And whether it is recognizing a first for the university, highlighting the accolades of colleagues or feting the contributions of support staff in research endeavours, there is much to celebrate at this institution.

“Janine Brodie was the first winner of a Trudeau Fellowship at the University of Alberta—we’ve never had one of those,” said Babiuk, noting that researcher Ian Mann, who was recognized as one of the Globe and Mail newspaper’s Top 40 under 40, will also be lauded. “These are the things that we want to be able to celebrate.”

Lisa Given, another social scientist and one of Tuesday’s honourees, says that winning the award is exciting, but the public recognition is vitally important. She says that researchers often work in obscurity and aren’t always aware of the impact their work has. To have a forum where the university community comes together to reflect on the work being done by their peers is very motivating.

“To actually be recognized by the university in a really public way, and to have fellow scholars and everyone in the audience say, ‘you’re doing really great work and we’re supporting you,’” says Given, “it’s the kind of thing that can keep you going for the next 10 years.”

While the event recognizes awards and prizes that have been announced in the past year, one award winner still remains a surprise: the support staff research enhancement award. Babiuk says non-academic staff are a critical component to the research projects at the U of A, and this award is a nod to the efforts they make in their departments.

“The staff are absolutely pivotal for us to be able to achieve the research excellence that our faculty achieve. It was again critical for us to recognize the contribution of our support staff,” he said.

While one person may get the award, there is still a sense of esprit de corps that is felt through this recognition on campus, noted Babiuk. When awards are handed out, they are often done in larger settings such as Ottawa or Toronto; the announcement may be made, but the news may not reach the home institution. This event, he notes, serves as that public announcement, one that could be seen as a team, or a family, sharing in an important event.

“Most of the time, if you receive an award in Montreal, rarely will your department chair or your lab support staff go,” said Babiuk. “Here’s an opportunity for the people that were instrumental in helping you to get a chance to acknowledge and recognize it and bask in that glory.”

Recognition of excellence headlines Celebration of Research and Innovation
Newsroom