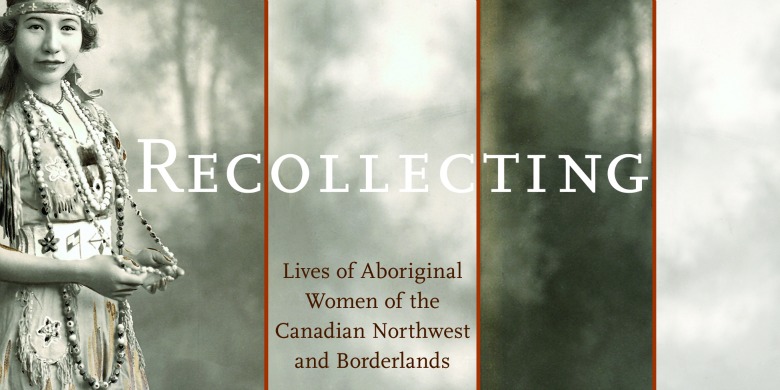 121029-recollecting-banner
Detail from the front cover of "Recollecting." The collection edited by UAlberta historians Sarah Carter and Patricia McCormack won two book awards in Canada and two more in the United States.

The editors of Recollecting: Lives of Aboriginal Women of the Canadian Northwest and Borderlands—Sarah Carter, professor in the Department of History and Classics and the Faculty of Native Studies, and Patricia McCormack, professor in Native Studies—say the collection explores complex questions of gender, race and identity through the lives of women who have been largely forgotten outside of their own families and communities.

Contributors to the collection, including established historians, anthropologists and curators, and new scholars, drew on a variety of sources such as oral histories and material culture. Nathan Carlson, a graduate of the U of A's native studies honours program, drew on his own family history to write about Catherine Auger of northern Alberta, whose husband was believed to have become a wihtikow. Susan Berry, curator of ethnology at the Royal Alberta Museum, recovered the identities of four Métis women artists whose extraordinary work was collected by the Earl of Southesk in 1859.

Both editors also contributed chapters to the book. McCormack’s chapter, on the Aboriginal wives of fur traders who moved with their husbands and children to Orkney or Lewis in Scotland, draws on her interviews with their descendants. Carter’s chapter is on Emma Minesinger, who lived on the Montana-Alberta borderlands and worked as a domestic servant, homesteader, cook, hunter, and beadwork artist to support her family. Carter interviewed her descendants and was also able to draw on Minesinger’s own writing and beadwork for the essay.

Recollecting was awarded the 2012 Willa Literary Award in Scholarly Nonfiction at the Women Writing the West Conference in Albuquerque Oct. 20. The book received the Armitage-Jameson Prize for the most outstanding book (published in 2011) in women’s and gender history in the North American West. This prize was awarded at the Western History Association’s annual meeting in Denver, Oct. 6 by the Coalition for Western Women’s History. In June 2012 the book was awarded the Canadian Aboriginal History Book Prize by the Canadian Historical Association, and the same month it won the Scholarly and Academic Book Award by the Book Publishers Association of Alberta. The book was also shortlisted for the Margaret McWilliams award in Manitoba history.

Carter and McCormack say they’re delighted, honoured and a little surprised with the recognition the book has been receiving. McCormack notes that it demonstrates the strength of research being done at the U of A in the humanities and social sciences.

“It’s a collection of essays and those don’t normally get these kinds of awards,” she said. “Plus we’ve won two major awards in the United States. And Canadian books usually don’t get recognition in the U.S.”

Download the book free from the open-access Athabasca University Press.