Toxic chemical contained in permafrost being released by thawing and slumping into waterways, according to U of A researchers. 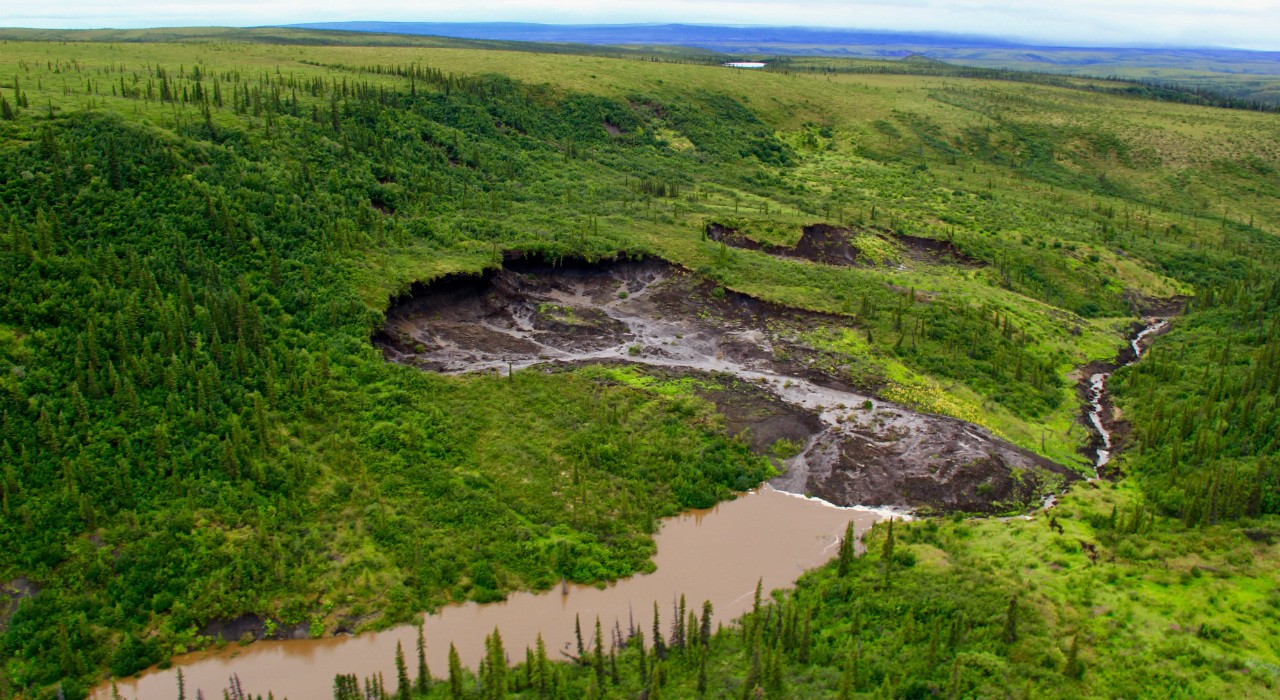 Methyl mercury is being released into environments such as this one on the Peel Plateau in the Yukon, according to a new study by U of A researchers. (Photo courtesy Scott Zolkos)

Permafrost thaw slumps in the western Canadian Arctic are releasing record amounts of mercury into waterways, according to new research by University of Alberta ecologists.

“We measured total mercury concentrations of up to 1,200 nanograms per litre,” said PhD student Kyra St. Pierre, a Vanier Scholar who co-led the study with fellow graduate students Scott Zolkos and Sarah Shakil.

Permafrost thaw slumps are the Arctic’s version of landslides, made up predominantly of ice and mud.

The highest reported concentration of total mercury in studies of Canadian locations had been around 18 nanograms per litre.

“Concentrations of mercury were elevated for at least 2.8 kilometres downstream of thaw slumps,” added St. Pierre. “This suggests that some mercury from thaw slumps may be transported for many kilometres through downstream ecosystems, and into larger waterways.”

As climate change induces widespread permafrost thaw, the mercury stored in it becomes available for release into the surrounding environment.

“This may release a substantial amount of mercury into freshwater ecosystems across the Arctic,” explained St. Pierre, who conducted the study under the supervision of Suzanne Tank and Vincent St. Louis.

Mercury is a naturally occuring contaminant that is toxic to humans and other animals in large quantities as it accumulates in organisms and food webs. Sediments in permafrost are estimated to store more mercury than Earth’s oceans, atmosphere and soil combined.

The results highlight the need for further research on mercury cycling in regions experiencing active permafrost thaw, as well as studies examining whether and how this mercury might enter food webs in surrounding ecosystems.

The research was conducted in partnership between the U of A and the Government of the Northwest Territories in response to N.W.T. community interests in the downstream effects of permafrost thaw.

The study, “Unprecedented Increases in Total and Methyl Mercury Concentrations Downstream of Retrogressive Thaw Slumps in the Western Canadian Arctic,” was published in Environmental Science & Technology.