Reduce your risk: Avoid these top five assumptions that may lead to drowning

Find out if you’re guilty of risky thinking when it comes to water safety. 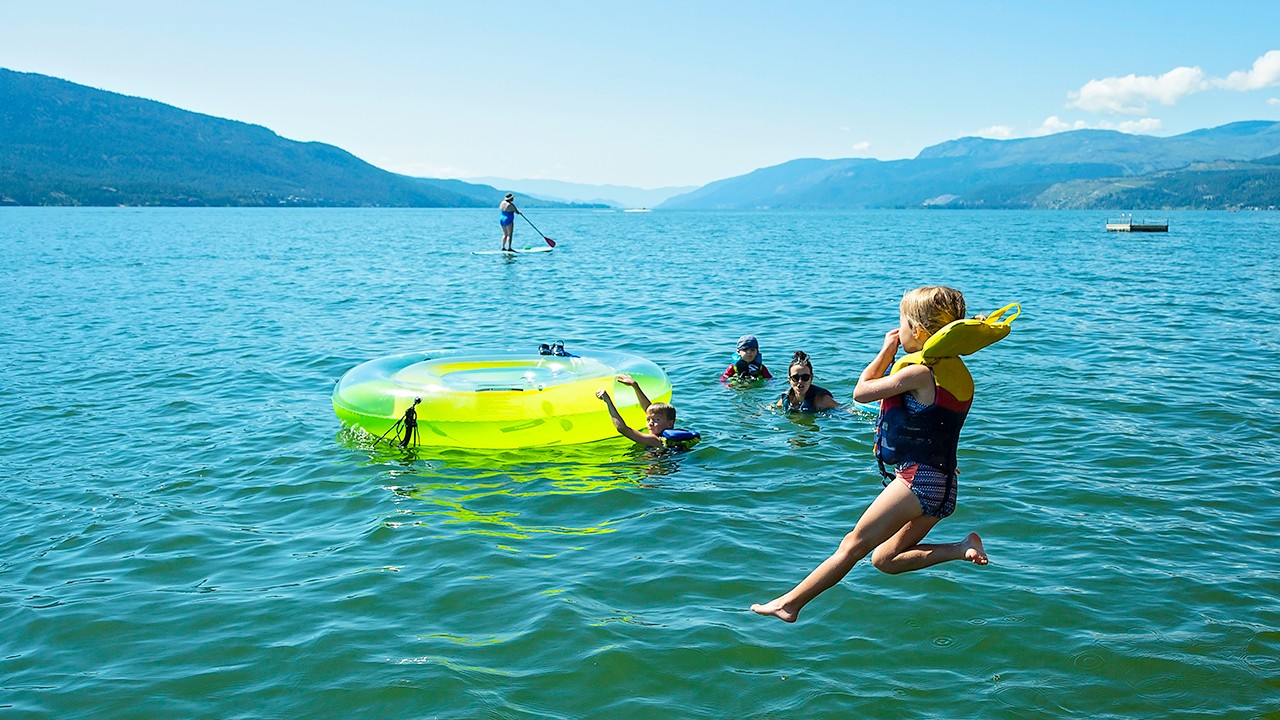 One of the biggest mistakes that leads to the 40 drownings that happen every year in Alberta is the assumptions we make about safety around water, according to a U of A injury prevention expert.

An average of 40 Albertans die each summer from drowning in lakes and rivers, according to the 2018 edition of the Alberta Drowning Report, prepared by Lifesaving Society Canada.

“Most of these drownings could be prevented with a few simple measures to reduce common risks,” said Kathy Belton, associate director of the University of Alberta’s Injury Prevention Centre, who added that drowning is the third leading cause of preventable death in children under 10.

“One of the biggest mistakes many of us make is assuming we know how to be safe— or to ensure our kids’ safety—around water.”

Find out how accurate your water safety knowledge is by checking it against the following dangerous assumptions before heading to Alberta’s beaches and rivers.

“There will be a ruckus when a child is drowning.”

In fact, Belton said, most drownings occur silently. “Parents get lulled into thinking that there will be splashing or shouting if there’s danger and they can intercede in time. But often there is simply no alert.”

Because the major contributing factors to childhood drowning are a lack of supervision or a distracted caregiver, it’s critical that an adult be designated to supervise water play.

“As parents, we often overestimate the abilities of our children,” said Belton. “But when it comes to water, err on the side of caution and provide more attention and focus than you might initially think is necessary.”

That also means not leaving it up to older children to supervise younger ones, no matter how skilled a swimmer you think they are, added Belton. She also pointed out that many Albertans are used to swimming pools but forget that our rivers can contain dangerous undertows and eddies.

“You can get in all kinds of trouble in rivers.”

“You won’t drown if you’re just having fun near the shoreline.”

Nearly one in five Albertans who drowned between 2011 and 2015 (17 per cent) did so while walking, running or playing near water, said Belton, noting that many drownings occur 50 metres from safety.

“It’s worth noting that of the swimming-related deaths, 32 per cent of the deceased had poor swimming ability,” she added.

Though swimming skill won’t necessarily prevent drowning—for kids, especially under the age of five, adult supervision is vital, said Belton—the better your swimming abilities, the more likely you are to be able to save yourself. She encouraged Albertans to take the Lifesaving Society of Canada’s Swim to Survive course, and a first aid course that includes water rescue and CPR training.

The number one reason for boat-related drownings (74 per cent) is not wearing a life-jacket or personal flotation device (PFD), said Belton.

“A life-jacket is only useful if it’s being worn; it can’t save your life if it’s sitting on the bottom of the boat.”

That being said, PFDs are not substitutes for swimming lessons and adult supervision, she added. For tips on buying right-sized PFDs, check out the Canadian Red Cross, and remember the Life Jacket Loaner Station offers free day use of life-jackets to the public in select provincial parks across Alberta.

Designating a boat driver who is not drinking isn’t the answer either, she added. “If you fall in and you’re impaired, you will be less capable of recovering and making it to safety.”

Reduce your risk: Avoid these top five assumptions that may lead to drowning