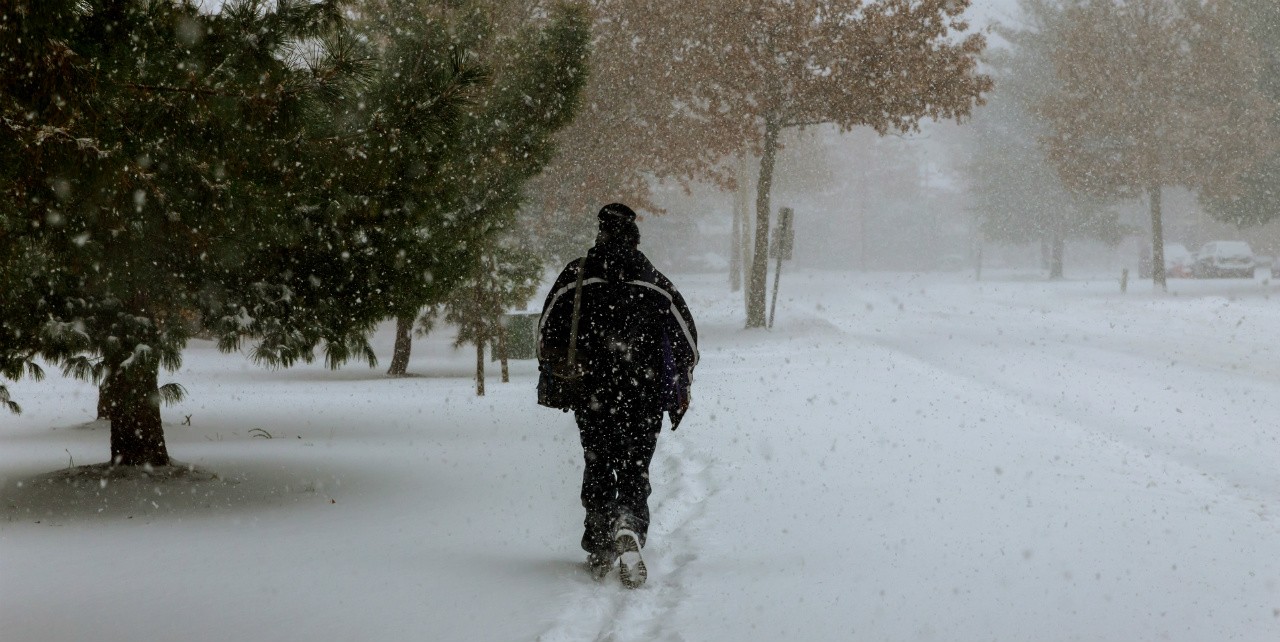 Lack of sunlight during Canada's gloomy winters may be partly to blame for why we tend to gain weight during this season.

We may have a new reason, in addition to vitamin D generation, to bask in a little sunshine.

A breakthrough study by University of Alberta researchers has shown the fat cells that lie just beneath our skin shrink when exposed to the blue light emitted by the sun.

“When the sun’s blue light wavelengths—the light we can see with our eye—penetrate our skin and reach the fat cells just beneath, lipid droplets reduce in size and are released out of the cell. In other words, our cells don’t store as much fat,” said Peter Light, senior author of the study, who is a professor of pharmacology and the director of the U of A’s Alberta Diabetes Institute.

“If you flip our findings around, the insufficient sunlight exposure we get eight months of the year living in a northern climate may be promoting fat storage and contributing to the typical weight gain some of us have over winter,” added the Dr. Charles A. Allard Chair in Diabetes Research.

Light cautions the finding is only an initial observation and pursuing exposure to sunlight is not a safe or recommended way to lose weight.

“For example, we don’t yet know the intensity and duration of light necessary for this pathway to be activated.”

However, he noted the discovery opens up new avenues of future scientific exploration which could someday lead to pharmacological or light-based treatments for obesity and other related health issues such as diabetes.

“Maybe this mechanism contributes to setting the number of fat cells we produce in childhood—thought to stay with us into adulthood,” he speculated.

“Obviously, there is a lot of literature out there suggesting our current generation will be more overweight than their parents, and maybe this feeds into the debate about what is healthy sunshine exposure.”

The researchers made the discovery while investigating how to bioengineer fat cells to produce insulin in response to light to help patients with Type 1 diabetes.

“It was serendipitous,” said Light, adding that his name is an ironic coincidence since light is not his primary field of research. “We noticed the reaction in human tissue cells in our negative control experiments, and since there was nothing in the literature, we knew it was important to investigate further.”

Based on these findings, the fat cells we store near our skin may be a peripheral biological clock, said Light.

“It’s early days, but it’s not a giant leap to suppose that the light that regulates our circadian rhythm, received through our eyes, may also have the same impact through the fat cells near our skin.”

He explained that the molecular pathway they discovered was first identified as being activated by the eye when exposed to the blue wavelengths in sunlight.

“That’s why you are not supposed to look at digital devices before bed, because they emit the same blue light the sun does, which signals us to wake up,” he explained.

“Well, perhaps that pathway—exposure to sunlight that directs our sleep-wake patterns—may also act in a sensory manner, setting the amount of fat humans burn depending on the season. You gain weight in the winter and then burn it off in the summer.”

This could be an evolutionary process, supported by the fact that, unlike many other mammals, our fat is spread out all over our bodies just underneath our skin, he added.

“Our initial observation certainly holds many fascinating clues for our team and others around the world to explore.”

The principal author of the Scientific Reports (by Nature) paper is Light’s student Katarina Ondrusova, and the second author is Light’s research associate Mohammad Fatehi.