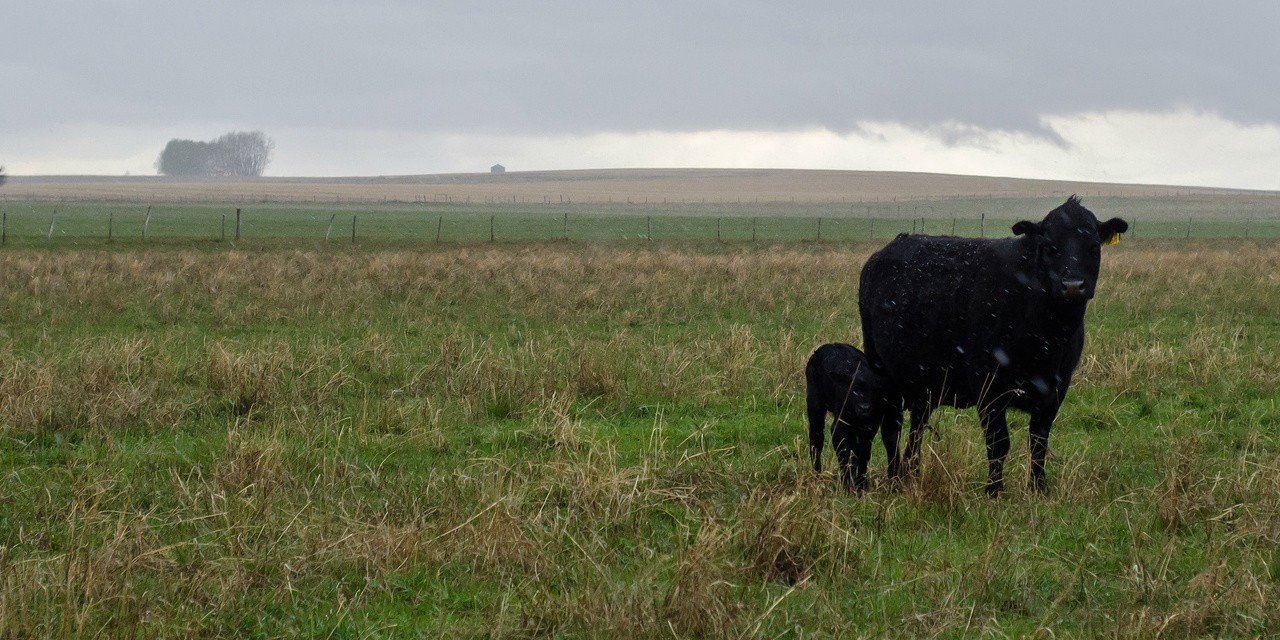 An Alberta program that compensates ranchers for livestock killed by predators on their land supports wildlife by ensuring good habitat is maintained, according to a UAlberta study. (Photo: Colby Stopa via Flickr, CC BY 2.0)

“Our research shows that private ranchlands provide important habitats for carnivorous wildlife, including wolves, cougars, bears and eagles,” explained Mark Boyce, professor in the Department of Biological Sciences and the Alberta Conservation Association Chair in Fisheries and Wildlife at the University of Alberta.

In Alberta, where there is no system that incentivizes ranchers to maintain wildlife habitat, the compensation program plays an important role in offsetting costs for ranchers.

For the study, researchers reviewed nearly 4,500 claims from 2000 to 2016. Results showed that the distribution of ungulate hunters on private lands is highly correlated with predator compensation claims, indicating depredation occurs on private lands that contain important habitat for wildlife.

The compensation program is simple. When livestock such as cattle are killed by wolves, cougars, eagles or bears, ranchers receive payment for the market value of the animal. “In other provinces, predator compensation is a subsidy from provincial agriculture agencies,” explained Boyce. In Alberta, the majority of funds come from the Alberta Conservation Association, funded partly by revenue from hunting and fishing licences.

Researchers also identified a substantial increase in compensation claims in the last 20 years. Boyce explained this is due to an increase in the wolf population, responsible for about 70 per cent of livestock deaths tracked in the program. The cost of the compensation program also rose during this time, bringing the amount paid in 2015-16 to nearly $800,000 from less than $100,000 in 2000.

Though ownership of the compensation program has shifted hands a number of times during the last 25 years, one thing is clear: the program contributes to maintaining wildlife habitats on private lands in Alberta.

The paper, “Coexistence With Large Carnivores Supported by a Predator-Compensation Program,” was published in Environmental Management.