James Pinfold has been at the forefront of some of the most important discoveries in particle physics of the last 50 years. 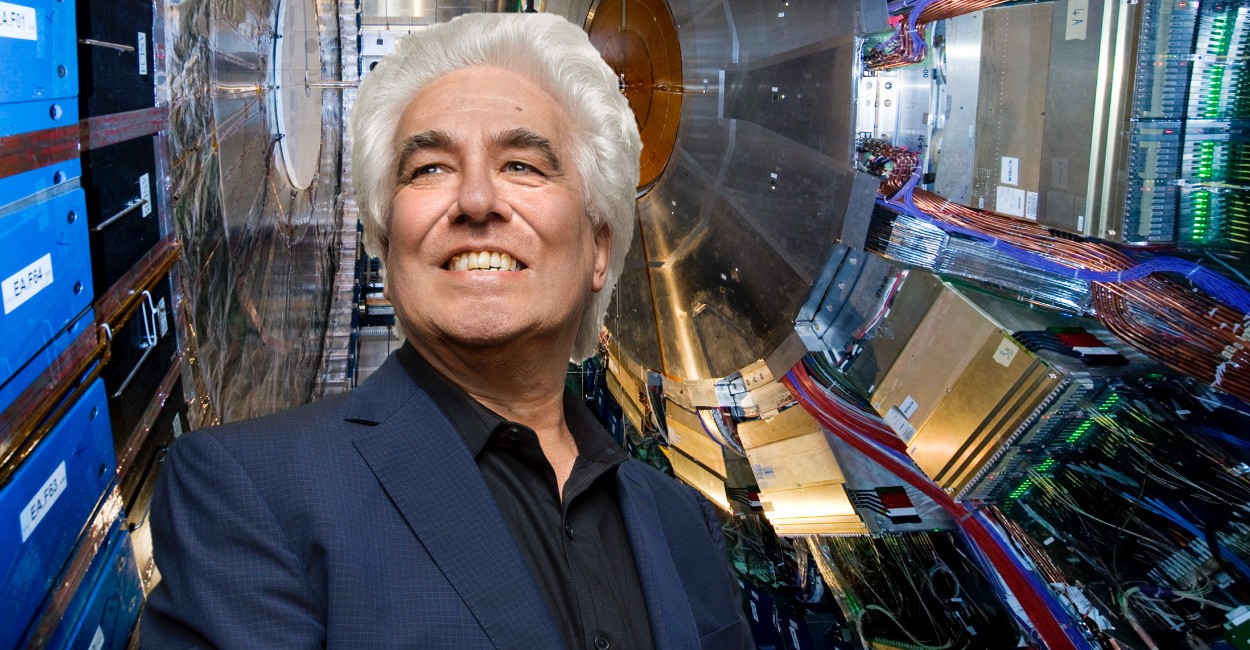 World-renowned physicist James Pinfold was awarded one of five Killam Prizes worth $100,000 for the instrumental role he has played in numerous discoveries in particle physics, including the proof of the existence of the Higgs boson in 2012. (Photo: Killam Trusts)

When the universe finally opens up and reveals its secrets, there’s a good chance James Pinfold will be there.

The longtime University of Alberta physicist was there when the first concept behind the Standard Model of particle physics—the prevailing theory used to describe the forces that make up and govern matter—was proven back in the early ‘70s, and he was there when the last piece fell into place 40 years later.

As a graduate student at University College London in 1972, Pinfold was a leader in the discovery of the first hard evidence for electroweak unification, a central pillar of the Standard Model that transports physicists to the first moments of the creation of the universe when all the forces were one.

“I was right there and I was lucky—I chose that experiment and hoped I would find it, but so often you don’t find what you’re looking for,” said Pinfold. “Then in 2012, I was on the announcement for the discovery of the Higgs boson, a fundamental piece of the DNA of the universe and the last piece of the Standard Model puzzle.”

He was also there for the in-between, and for that, the Canada Council for the Arts’ Killam Program has awarded Pinfold one of its five 2018 Killam Prizes of $100,000, awarded “in support of scholars of exceptional ability engaged in research projects of outstanding merit.”

Pinfold joined the U of A’s Faculty of Science in 1992 to lead an initiative in particle physics, continuing work he’d done on the Large Electron Positron Collider at the European Organization for Nuclear Research (CERN) in Switzerland. There, he was part of a team that confirmed there are only three types of light neutrino, a type of particle. It was also there that, in 1997, he became the youngest ever leader of an international collider experiment, MODAL. He also was a founding member of the particle-detecting ATLAS experiment operating at the Large Hadron Collider—the highest-energy accelerator ever built—also situated at CERN.

In 2012, his continued work at CERN and in Edmonton in collaboration with scientists from all over the world in the discovery of the Higgs boson, the so-called “God particle.”

“The Standard Model now stands as a complete piece of work; there are no more predictions coming from it,” said Pinfold. “We all knew the Standard Model is not the last word on physics—it doesn’t have a dark matter candidate, it doesn’t describe gravity and it should, and there are 21 free parameters that we have to put in by hand. If you think of that as a radio for talking to God, it is unlikely you need 21 knobs to adjust it.

“The big thing now is, what lies beyond the Standard Model?”

As leader of the newest Large Hadron Collider experiment, MoEDAL, Pinfold is now recreating the universe as it was in the beginning in his quest for physics beyond the Standard Model and the search for answers to big questions: “How did the universe begin and why is there something rather than nothing? You feel you are searching for knowledge of the most fundamental kind.”

He also explored this question using cosmic particles as a co-leader of the international SLIM experiment operating in a high-altitude lab on Mount Chacaltaya in Bolivia.

The Killam Prize is the latest honour in a long list for Pinfold, who is a fellow of the Royal Society of Canada and has received awards from the European Physical Society and the Leverhulme Trust. He also lays claim to every U of A teaching and research award, including the Kaplan Award for Excellence in Research, the Killam and McCalla professorships and the title of Distinguished University Professor.

“You always have to look down the road a long way in this field,” said Pinfold. “We’re no longer in the friendly waters of the Standard Model—we are heading out into the wide blue ocean, in totally uncharted waters.”