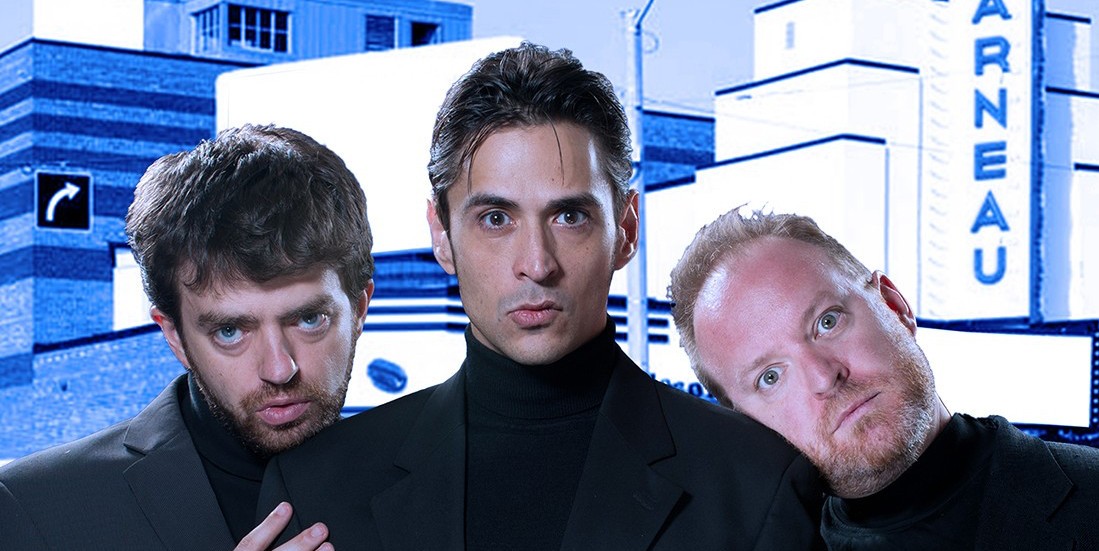 This is the second in a three-part series of Edmonton Fringe Festival reflections from Arts Alumnus Todd Babiak. Watch this space for more reviews in the coming week.

Late Sunday afternoon, the lineup at Metro Cinema was a block long. It stretched out the door of the Garneau Theatre and up 109th Street to the High Level Diner. As always at the Fringe, actors from other shows pitched us as we waited. One couple, from Toronto, told us about their show and left us handbills and as they walked away, looking at the line stretching toward the bridge, the woman said, “This festival is insane.”

I had a similar thought in the beer tent half an hour earlier. Three bikers, a man and two women, huddled around glasses of draft with the Fringe guide circling the shows they wanted to see. Not cyclists: bikers in black leather with beards and scratchy voices and skulls-and-crossbones.

They were dressed for theatre in Edmonton.

The show that attracted nearly 500 people at Metro Cinema, stage 26 this week, was Gordon’s Big Bald Head. Jacob Banigan, Chris Craddock and Mark Meer ask a member of the audience to choose a show at random from the Fringe guide, they read out the description, and they create an improvised version of it. Gordon’s Big Bald Head is improv, so it shouldn’t be reliably brilliant. But it is.

Craddock and Meer are Edmontonians. Banigan is too, but the former artistic director of Rapid Fire Theatre currently lives and works in Austria. All three of them perform for a living, and do well. They’re local celebrities, whose early successes were at the Edmonton Fringe.

A recurring theme at the festival, when you see 10 or more shows, is that it’s a self-referential machine: plots, careers, theatre companies and universities—including the U of A, of course—plug back into the Fringe. Or at least Fringe-ness.

At Die Nasty, every night, you can see more of Edmonton’s ridiculously good improvisers putting on a semi-serial soap opera about the Fringe. It’s fun. But it’s also meaningful and enduring.

I always feel a bit nervous and heartbroken at the midpoint of the Fringe. It will end soon—with the warm weather.

But September, the beginning of the theatre season, is just a few chilly nights away.