Remembering a University of Alberta champion 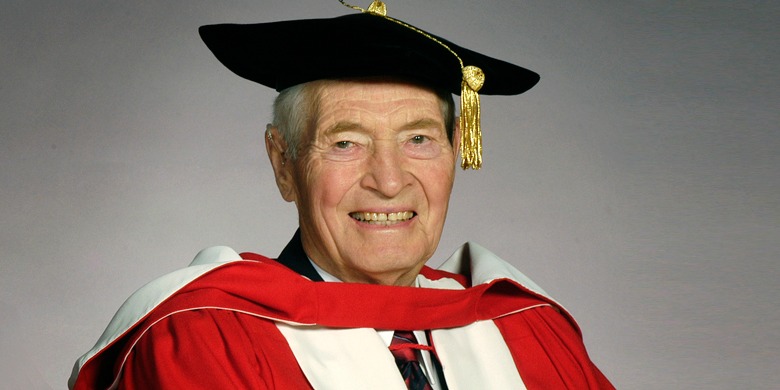 130704-harry-hole-hd2005-banner
Harry Hole, pictured during his honorary degree conferral in 2005, was an alumnus of the University of Alberta and one of its most ardent advocates and supporters. (Photo: Richard Siemens)

(Edmonton) The University of Alberta community is mourning the loss of one its most passionate supporters, philanthropists and alumni.

A former executive with engineering firm Lockerbie and Hole, co-founded by his father Harry Sr.,  Hole was an ardent supporter of the U of A through generous philanthropy that will leave an enduring legacy on the entire institution, said President Indira Samarasekera.

Hole was born in Edmonton on Sept. 14, 1921. His parents, Annie and Harry Hole Sr., came to Canada from England and eventually sent all nine of their children to the U of A.

U of A champion

That connection to the U of A only strengthened as Hole and his siblings entered the business and engineering world. In 2002, he and brothers Ralph, Robert and Jim gave $5 million to the Faculty of Engineering for the construction of the Natural Resources Engineering Facility and what would become the Hole School of Construction Engineering.

That gift proved instrumental to getting the $65-million project off the ground, a development that has put the U of A at the forefront of construction engineering teaching and research, globally.

"Harry’s impact can now be seen in literally the entire construction sector of Alberta and beyond, and also in many educational institutions in many locations where graduates of the school have become key professors," said David Lynch, dean of engineering at the U of A.

"The support of Harry and his family members has truly transformed the area of construction engineering, the entire Faculty of Engineering at the U of A and our Edmonton community."

Hole felt strongly about giving back to the community, including the U of A and other post-secondary schools in Edmonton.

In a 2006 interview upon his induction into the Alberta Order of Excellence, Hole said he was forever changed by the loss of friends in the Second World War.

“You were really looking through your career at some way of paying that back; it gave you a sense of responsibility,” he said.

The motivation was there to “have a good life yourself and hopefully do something to improve the way for other people,” he added.

In addition to supporting his namesake engineering school, Hole and his wife Muriel donated $200,000 to create the Canadian Military and Veterans’ Rehabilitation Chair. They also provide ongoing support for the Muriel Hole Fund for Nursing Students and the Hole Family Faculty of Engineering Fund.

The U of A recognized Hole’s accomplishments in 2001 when he received an Alumni Honour Award, and in 2005 when he and brother Jim were awarded honorary doctor of law degrees.

That legacy of giving and volunteerism continued outside the U of A; Hole was a strong community advocate and a member of numerous boards and organizations.

Hole was the founding chair of the Edmonton Police Foundation, which later created the Harry Hole Community Policing Award in his honour. He played a key role in the development of Edmonton Northlands, was a strong supporter of the Edmonton Community Foundation, and for 10 years was an honorary colonel of 15 (Edmonton) Battalion.

Hole’s lifetime of accomplishments was honoured in 2006 when he was inducted into the Alberta Order of Excellence—the province’s highest civilian honour—and again in 2012 when he received a Queen Elizabeth II Diamond Jubilee Medal.