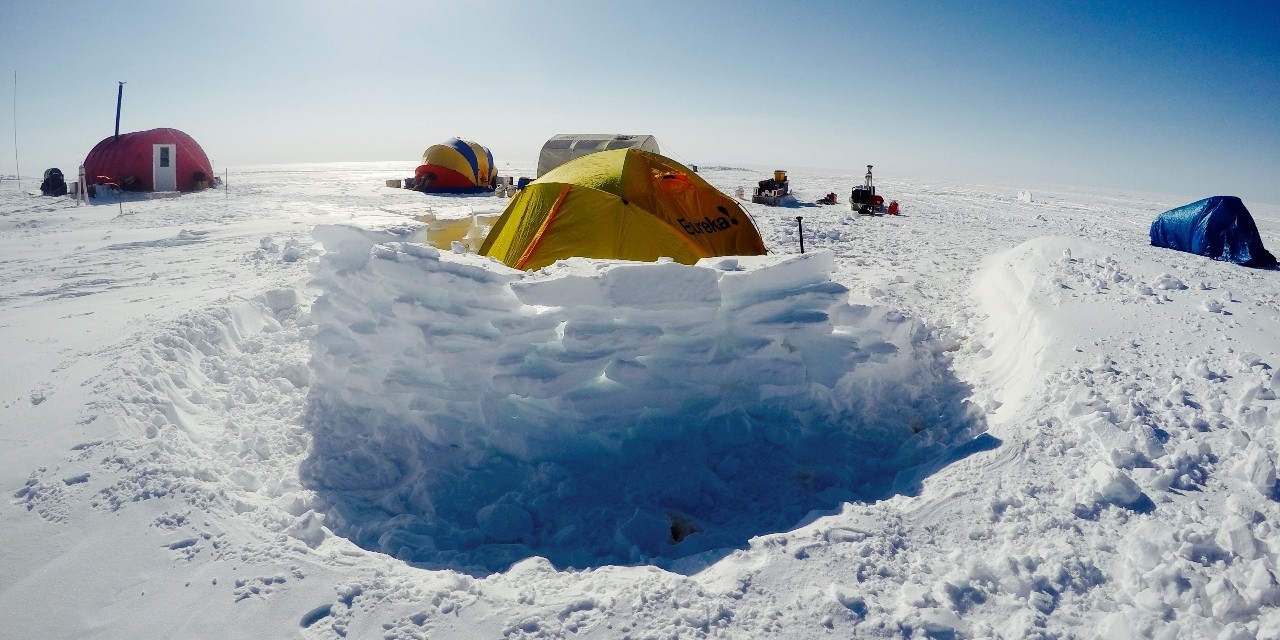 U of A researcher Alison Criscitiello and her team camped out on the Devon Ice Cap to study the accumulation of pollutants from substances used to replace chlorofluorocarbons, which were banned in 1987. (Photo: Alison Criscitiello)

Substances used to replace ozone-depleting chlorofluorocarbons (CFCs) may be as problematic as their predecessors, a new study shows.

“The degradation products from these substances may be just as concerning as the original chemicals they were meant to replace,” said Alison Criscitiello, director of the University of Alberta’s Canadian Ice Core Lab.

“We are seeing significant levels of these short-chain acids accumulating in the Devon Ice Cap (in the Canadian Arctic), and this study links some of them directly to CFC replacement compounds.”

The substances were used following Canada’s implementation of the Montreal Protocol, a 1987 global agreement to protect Earth’s ozone layer by banning CFCs.

An ice core drilled on the summit of the Devon Ice Cap in the Canadian High Arctic shows a tenfold increase in deposits of short-chain perfluorocarboxylic acids (scPFCA) between 1986 and 2014.

The acids form through atmospheric oxidation of several industrial chemicals, some of which are CFC replacement compounds. They are persistent organic pollutants and belong to a class of so-called “forever chemicals” because they do not break down. A few preliminary studies have shown that these substances are toxic to plants and invertebrates.

“This is the first multi-decadal temporal record of scPFCA deposition in the Arctic,” explained Criscitiello. “Our results suggest that the CFC-replacement compounds mandated by the Montreal Protocol are the dominant source of some scPFCAs to remote regions.”

They found significant levels of perfluoroalkyl acids (PFAAs). In addition, the study shows that deposits of perfluoroalkyl carboxylic acids (PFCAs) and perfluorooctane sulfonate (PFOS) are increasing on the Devon Ice Cap despite North American and international regulations and phase-outs.

Criscitiello said this is likely the result of the ongoing manufacturing, use and emissions of these persistent pollutants, as well as their precursors and other new compounds in regions outside North America.

“These results show the need for a more holistic approach when deciding to ban and replace chemical compounds,” explained Criscitiello. “Chemicals degrade, and developing a strong understanding of how they degrade in the environment, and what they degrade to, is vital.”