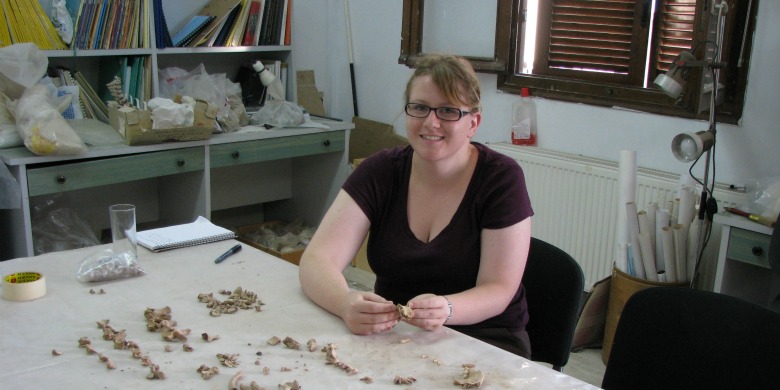 (Edmonton) University of Alberta researcher Nicole Burt took up an odd moonlighting job to further her research. She became a surrogate tooth fairy.

Burt, a graduate student in anthropology, was looking for a way to test a method she developed to get a more accurate measurement of particular isotopic signals from human teeth, specifically on early maternal and infant diets in ancient civilizations. However, before the process was applied to those teeth, she needed modern samples to make sure her device and testing methods yielded the results she was looking for—and with good reason.

“When you’re doing things that are destructive to whatever you’re collecting, researchers want to know the method works before they let you use an archaeological population,” said Burt.

She teamed with Dr. Maryam Amin in the Faculty of Medicine & Dentistry to start a voluntary tooth collection program from children visiting the faculty’s dental clinic. Children between birth and nine years old were asked to donate their teeth extracted for medical reasons during a visit, in exchange for a gift from the researching “tooth fairy.”

The benefit of the furnished fangs is that they come with fewer unknowns than samples recovered from an excavation. Sandra Garvie-Lok, Burt’s adviser, says that using samples from living donors gives archaeological researchers a better way to look at the process of tooth formation.

“You don’t know at all what a child from the past was eating. You don’t know how healthy they were before they died,” said Garvie-Lok. “Using a modern sample eliminates some of those unknowns and so it puts the research method on a firmer ground.”

The truth is in the tooth

Using her homemade device, Burt cut the donated teeth longitudinally through the centre, exposing, among other things, the neonatal line that forms in a child’s tooth at birth. Using micro-sized samples of the teeth, she was able to detect dietary isotopic signals from the times those parts of the teeth formed—from before birth to about three years of age. This let her extract the weaning information she was looking for, as well as some other interesting findings.

“In this case, very interestingly, we had a really tight, specific ‘toddler’ diet,” said Burt. “The children had a specific diet that’s different from their mother’s but is similar to each other’s.”

Something old, something new

Burt’s method has the potential to transform how certain aspects of population studies are conducted. The isotopic signals gathered will reflect diet in specific age ranges of youth from before birth to the toddler years. They will identify the weaning and dietary habits of a site’s inhabitants and also allow children’s health to be compared with their in-utero isotopic signals, which reflect their mothers’ diets.

“Because this method uses the remains of older children to provide information on infant and toddler diets, it will be useful at sites where few infant remains were recovered,” said Garvie-Lok. “The results will provide more detail on a given population or allow the study of smaller populations that previously would have been grouped together in research findings.”

The method might also be used to collect similar weaning and dietary information in developing countries where medical records are scarce and the ability to compare children’s health with the isotopic record of their nutrition in utero and during infancy may be helpful.

Burt is excited about the opportunities that her device and method may hold for herself and other researchers.

“It’s very exciting. I know how I’ll use it for my research, but it’s nice to know that you’re creating something that could help a lot of people with research questions they have that I could not even possibly think of,” she said.