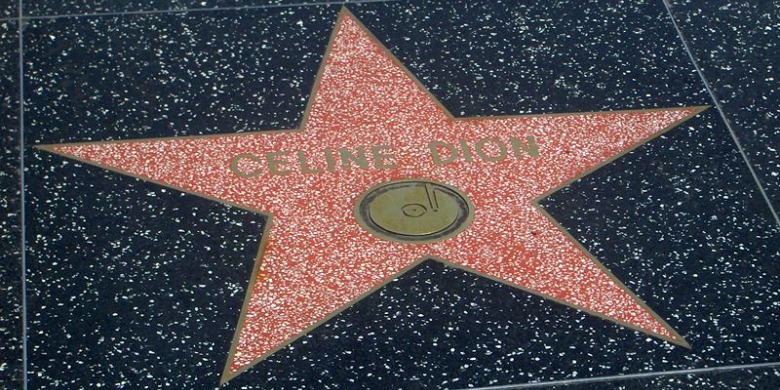 130506-celine-star-banner
Céline Dion's star on the Hollywood Walk of Fame is a testament to her global popularity. Now, a UAlberta grad student is seeking to understand why Canadian singing stars like Dion achieve worldwide success. (Photo: DreCube at nl.wikipedia)

(Edmonton) What turns a song into a hit?

That age-old question inspired Janine Stockford, a graduate student studying ethnomusicology at the University of Alberta, to delve into why Canadian musicians Céline Dion and Shania Twain made it big on the international stage.

Her research won her a Social Sciences and Humanities Research Council (SSHRC) Storytellers award, which challenged entrants to describe how research happening at their institution affects the lives of Canadians.

“I have always been fascinated by what makes certain music more popular than other music. There are not, and probably never will be, any clear-cut answers to this question. Perhaps the sheer mystery of it is the reason I find it so intriguing,” Stockford said.

“I am passionate about researching topics which, like Céline's and Shania's music, have an impact on many people's everyday lives, however consciously or unconsciously.”

Stockford is one of 25 post-secondary students from across Canada to win a Storytellers award.

“My interest in this kind of contest began here at U of A at last year's Alberta Graduate Conference, where I participated in a Dragons' Den-style research pitch competition. I was awarded a second-place prize. This was very inspiring, particularly because I was the only humanities student participating in the competition—translational research has typically been the domain of scientists, not humanists.

“Since the Alberta Graduate Conference, I have been increasingly thinking about my research in terms of its real-life applications. So when I heard about SSHRC's Storytellers challenge, I was thrilled to have the opportunity to convey the real-life applications of my SSHRC-funded research on Céline Dion and Shania Twain,” Stockford said.

Stockford’s research goal is to map out how Twain and Dion’s music has travelled from Canada to the United States and beyond.

“I specifically sought to answer the question of how they and their marketers and producers ‘translate’ their music so it can be so widely appealing,” she said.

Stockford hypothesizes that there are two key factors to the female musicians’ success: their ability to rouse audiences’ emotions, and their “openness to exploring other cultures through music.”

“Céline has sung not just in English and French but also in Spanish, Mandarin, Japanese ... the list goes on. Shania has aligned herself not just with the country music genre but also with pop and even world music, releasing an Indian-themed international version of her 2002 album Up!,” Stockford said.

Stockford received a $3,000 grant from SSHRC as part of the award, which she plans to use toward furthering her research on the translational aspect of popular Canadian musicians.