Researchers aim to get upstream on antibiotic resistance 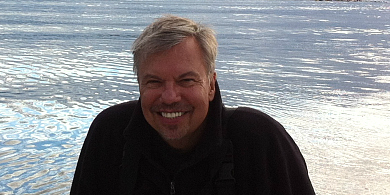 (Edmonton) The battle against antibiotic-resistant bacteria has taken to the high seas as a team of University of Alberta researchers received funding from the federal government to look at alternatives for fighting infection in salmon farms.

The project, led by chemistry researcher John Vederas, food-safety researcher Lynn McMullen and a colleague with the Department of Fisheries and Oceans, was one of four U of A studies to receive a Strategic Project Grant from the Natural Sciences and Engineering Research Council of Canada. The grants are designed to increase research and training in targeted areas that could strongly enhance Canada’s economy, society or environment within the next 10 years.

“This funding demonstrates the talent and strength of our researchers and the significant contributions they can make to Canada’s intellectual capital, economy, society and environment,” said Lorne Babiuk, U of A vice-president of research. “This investment will enable our researchers to generate the knowledge, ideas, technologies and solutions Canada needs to advance economically strategic areas including salmon aquaculture and forest productivity and biodiversity, and to address pressing environmental issues like the mountain pine beetle epidemic.”

In British Columbia alone, the salmon aquaculture industry employs more than 6,000 people in hatcheries, fish farms and supporting activities that generate more than $800 million. What makes this issue so pressing, however, is the tens of thousands of kilograms—21,330 kg in 2007—of antibiotic used in salmon-farm feed every year in Canada to ward off bacterial disease and parasitic sea lice.

To combat the ever-growing problem, Vederas and McMullen—who previously found success working on a project finding an organism useful in preserving processed meat such as hot dogs—proposed a three-year, $580,500 study looking at the possibility of replacing the antibiotics used in salmon food with a variety of non-pathogenic, probiotic strains of bacteria—harmless lactic acid bacteria found everywhere in the environment.

“We have certainly found a type of bacteria that kills some salmon pathgens in the lab, but we have not found any bacteria that eliminate sea lice, so that’s a search,” said Vederas.

Currently, salmon farms use the anti-parasitic agent emamectin benzoate to rid their salmon of sea lice, a crustacean that thrives in salmon farms and can decimate local wild salmon populations. But emamectin—a compound structurally similar to a drug used to kill parasites in humans—is vulnerable to antibacterial resistance, and finding a suitable replacement that doesn’t do more harm than good poses its own challenges.

“Sea lice are a crustacean, so we must be careful that the things that attack sea lice don’t attack productive and useful things like shrimp and crab and the like.”

And though Vederas—a medicinal chemist in the Faculty of Science whose most recent campus partnership created a promising heart disease drug—admits his knowledge of marine life and food safety is limited, he’s buoyed by the strength of his teammates.

“Collaboration is often essential in interdisciplinary work as it allows investigation of a research problem in a broad way, from many different aspects with different expertise,” he said. “This enables understanding in a way that crosses the borders of different disciplines.”

Ellen Macdonald received $764,300 for a three-year study looking at tools for managing forest productivity and biodiversity in relation to ecosystem function in boreal mixed-wood forests.

Researchers aim to get upstream on antibiotic resistance