Researchers create ‘artificial cartilage’ that can repair itself

New hydrogel made from forestry and fishing waste could help replace petroleum-based products from contact lenses to pill capsules. 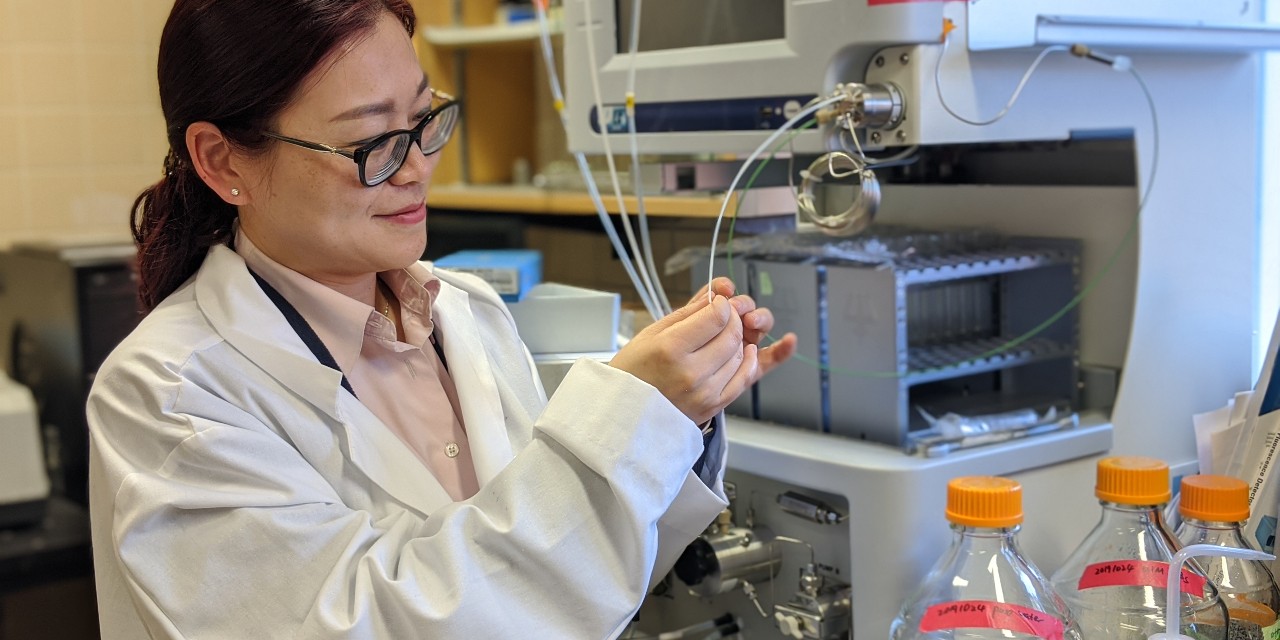 Biopolymer chemist Lingyun Chen works in her lab at the U of A. Chen and her team are developing a hydrogel made from waste byproducts like crab shells and wood chips that can repair itself when torn and could find uses in products like contact lenses or pill capsules. (Photo: Sean Townsend)

A new hydrogel material created from materials typically discarded by the forest and fishing industries could be a substitute for petroleum products used in a variety of biomedical applications, from contact lenses to pill capsules.

“The intention was to create a material that could be used as artificial cartilage,” explained Lingyun Chen, a University of Alberta professor who specializes in biopolymer chemistry and who participated in the development of the product, made from spruce trees and the shells of crustaceans.

“Our hydrogel system could also be made into tiny nanobeads that could be used as targeted drug delivery systems to specific tissues or organs,” she said.

Chen explained that biopolymers found in nature can be made into fibres and films.

“The potential is enormous—many of them might be useful to replace petroleum in a number of products like food packaging, water filtration systems or adsorbents for water treatment,” she said. “The hydrogel is but one example of how we can transform and use these materials.”

Chen and her colleagues described the new hydrogel, which is capable of repairing itself when torn, in a study recently published in Carbohydrate Polymers.

“We were able to demonstrate that it has good mechanical properties because it’s tough, stretchable and recovers its shape when compressed,” she explained.

Her work showed the new technology has little toxicity to cell cultures, suggesting it could also be used in a variety of biomedical applications, from contact lenses to drug delivery.

Though much work still needs to be done, Chen believes it shows that a little imagination can go a long way in making industries more sustainable.

“Because these byproducts have a limited use, we were quite pleased when we found our gel has interesting properties,” she added. “This work really demonstrates that things we sometimes consider to be garbage can have applications in other areas, potentially making other industries—in this case forest and fishing—less wasteful.”

The study was funded by the Natural Sciences and Engineering Research Council of Canada and the Energy Innovation Program of the Government of Canada’s Office for Energy Research and Development.

Researchers create ‘artificial cartilage’ that can repair itself