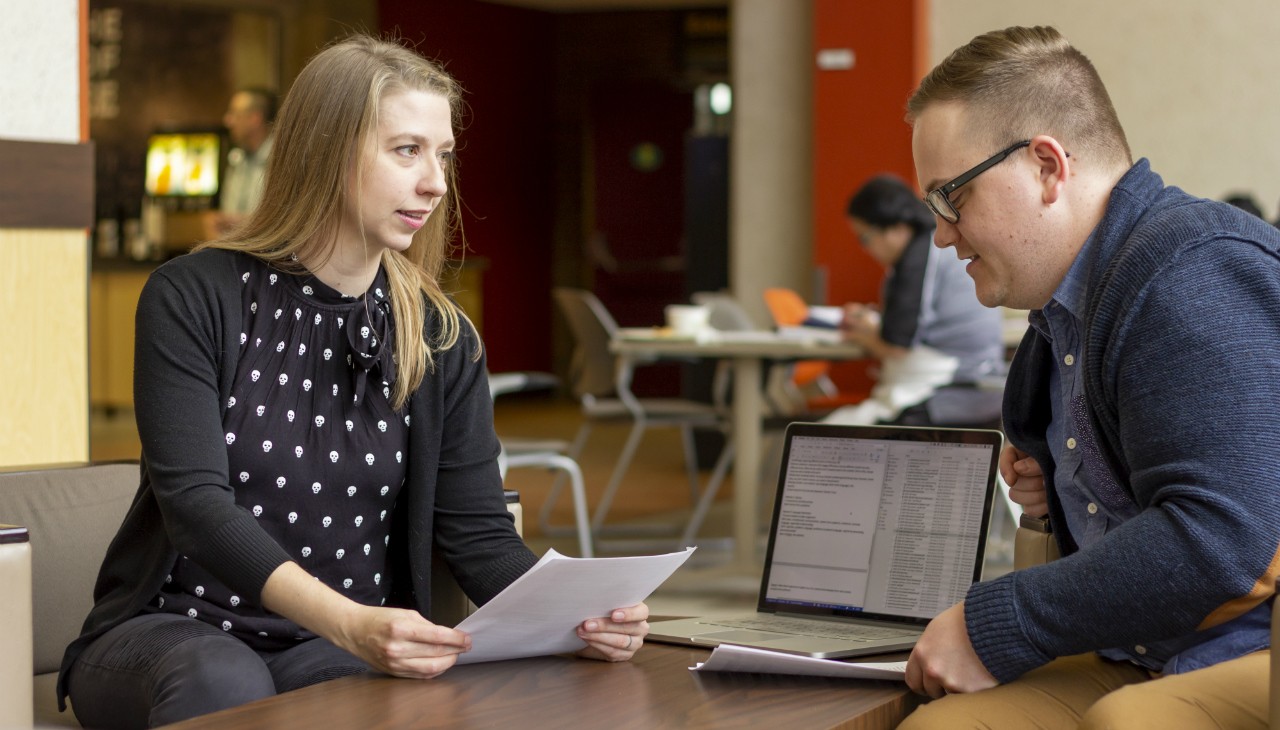 Cathryn van Kessel (left) and Aaron Thacker created a set of lesson plans teachers can use to guide more nuanced classroom discussions of evil. "It’s our responsibility to add some of that complexity that gets lost in the media and in simplifications of history,” says van Kessel. (Photo: Laura Sou)

Learning about the Holocaust and other historical horrors is important, but a University of Alberta education professor says teachers aren’t formally prepared to help students think critically about notorious perpetrators of monumental evil.

To change that, Cathryn van Kessel and Aaron Thacker, an after-degree BEd student, have created a set of lesson plans teachers can use to guide more nuanced classroom discussions of evil actors and explore the narratives that inform media accounts of horrific acts.

The plans include examining “shortcuts” in textbook depictions of historical figures that elide their humanity, to discussing figures like Louis Riel, whose historical designation as a villain has been reconsidered, to searching the Internet for images of exemplars of evil engaged in ordinary activities.

“The way we think about the hero and the villain, we often think it’s one person who makes change. (Think of Hitler, Stalin or Pol Pot.) As humans, we do that to make it manageable to talk about it, but the nasty side-effect is students think there’s this one evil guy who was responsible. Or the other side we say there was racism in society, which is vague and unhelpful,” said van Kessel, a former high-school teacher.

“We don’t really have language to talk about that in-between space, that there were people who were not responsible but complicit at the time, people who weren’t directly to blame but should have taken action.”

She said teachers aren’t necessarily prepared enough to provide an effective framework for learning about war and genocide—and that textbooks can compound the problem.

“Textbook writers do a great job, but sometimes in trying to make the content relatable for students, they pull out a vignette and usually that’s a hero or a villain,” van Kessel said.

“I think it’s helpful to spend time with students Googling images of Hitler smiling or laughing with a friend. It’s intensely troubling to see him as a person because we’ve construed him as a monster. Even little provocations are helpful. It’s our responsibility to add some of that complexity that gets lost in the media and in simplifications of history.”

The point of such exercises, she said, is to empower students to think about evil as a human problem with human solutions, and about their own role in opposing moral wrongs in society to seek justice for all people in the here and now.

“When we think of things like missing and murdered Indigenous women and girls, or refugees being separated from their children at the U.S. border, we’re not responsible for that harm, but we have the privilege of not worrying about it,” van Kessel said.

“So my hope is that if we can work that into social studies in studying these horrific things of the past, make these evils more uncomfortably real, we can take more action now in the face of horrific things that are happening.”