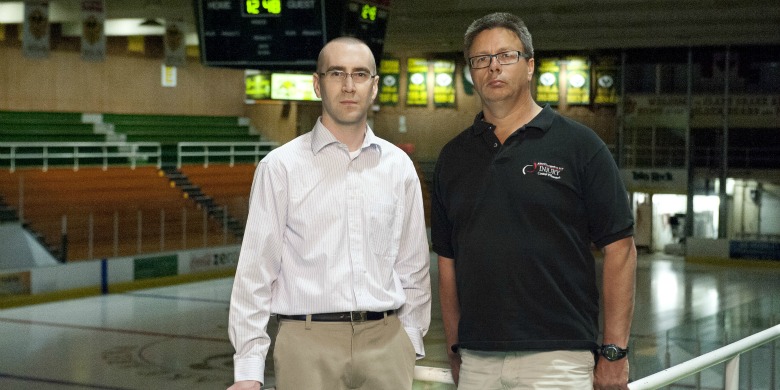 (Edmonton) A new study from the University of Alberta is challenging the notion that teaching the next generation of Sidney Crosbys how to take a bodycheck at an earlier age will help them avoid injury over the long term.

Researchers with the Alberta Centre for Injury Control and Research in the School of Public Health studied hockey-related injuries using data from several emergency departments in the Edmonton region. They found little truth to the theory that introducing bodychecking at an earlier age helps prevent injuries because players gain an “instinctive ability” to protect themselves—a popular convention in minor-hockey circles.

“The effects of injuries in hockey can be long-lasting. Whether they’re severe fractures or intracranial injuries, there are long-term consequences—you can heal a broken arm but you can’t necessarily heal a brain injury,” said study co-author Andrew Harris.

“Our results showed that introducing bodychecking earlier does not reduce these risks. We did not find significantly different injury rates for serious injuries such as fractures or head and neck injuries, or any intracranial injury.”

Harris worked with Donald Voaklander, director of the Alberta Centre for Injury Control and Research, to evaluate emergency records for two groups of youth aged nine to 15 years playing atom, peewee and bantam hockey—8,000 in total.

The first group played from 1997 to 2002, when children as young as 12 and 13 in the peewee division were taught to bodycheck. Researchers then compared injury rates with those among players from 2003 to 2010, after a rule change that saw players as young as 11 and 12 learn to bodycheck.

The research team found no significant differences in the number of fractures, head injuries and neck injuries among peewee and bantam players across both groups.

No significant differences were observed in the atom division, where no hitting was allowed across all playing seasons.

Voaklander said this study, along with existing research elsewhere in Canada, clearly shows practice does not make perfect when it comes to doling out and receiving bodychecks and avoiding injury.

“It really does not have much merit,” he said. “Exposing 11- and 12-year-olds to bodychecking is not helping matters at the upper level, so there is no point in continuing it.”

Voaklander said the only proven way to reduce the risk for Canada’s hockey-playing youth is to avoid contact. That’s always been a controversial issue in hockey circles, and a stumbling block for the public health community, he added, but the evidence is getting harder to ignore.

“The body of knowledge is building. Sooner or later there is going to be a tipping point. The people making the rules are going to have to make the right choice.”

The study was published in June by the Clinical Journal of Sport Medicine in an early online release.