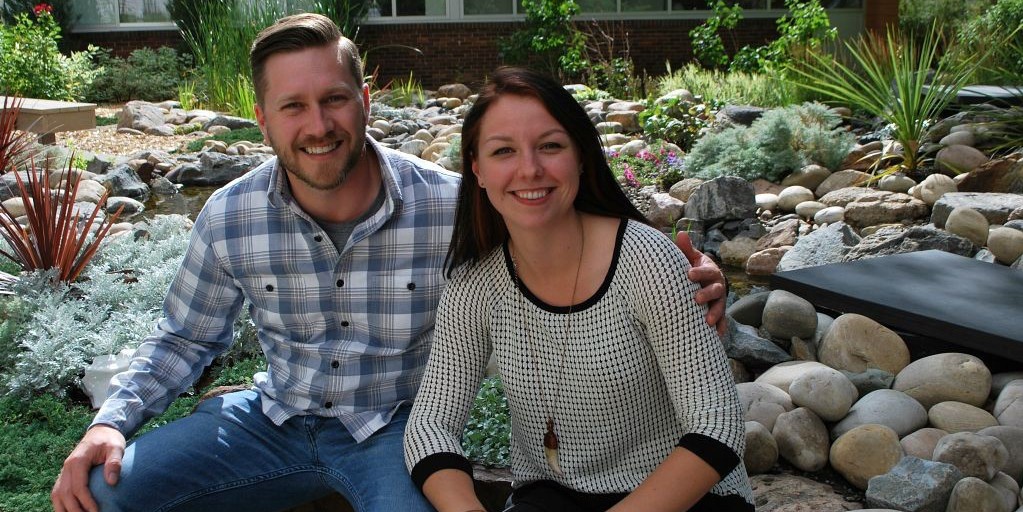 Just as they were about to leave a remote research site in the B.C. wilderness, post-doctoral fellow Jonathan Ruppert and grad student Tyana Rudolfsen came across a lost hunter who was disoriented and dehydrated. The man had been lost for more than a day. The pair drove him to his home in Fernie, three hours away.

Fish researchers Tyana Rudolfsen and Jonathan Ruppert weren’t even supposed to be in a remote corner of southeastern British Columbia last Saturday, when they stumbled on a dehydrated hunter who had been lost for more than 24 hours.

Rudolfsen, a master’s student in the Faculty of Agricultural, Life and Environmental Sciences supervised by conservation ecologist Mark Poesch, had intended to switch out some equipment at a research site on the Flathead River, about three hours from Fernie, B.C., in the first few days of September. But Jonathan Ruppert, a post-doctoral fellow also working with Poesch’s fisheries and aquatic conservation research team, wanted to accompany her to the site near the Alberta and Montana borders and wasn’t available until this past weekend.

That’s lucky for hunter Garth McDonald. On Saturday morning, the duo found him in distress, some 40 minutes from an unmaintained logging road and another hour from the highway. He’d spent the night there after becoming separated from his son and another hunter the morning before, several hours north.

When the researchers saw him, he was waving a foil emergency blanket, trying in vain to catch the attention of a search-and-rescue plane. His snacks and fluids were used up and he was dishevelled and disoriented.

“He had an inability to walk in a straight line, he was low-energy, leaning on our truck, speaking in broken sentences with long pauses,” said Rudolfsen.

McDonald, who turned 67 the day of his rescue, told them he was pre-diabetic. Ruppert gave him the one Gatorade they had in their truck and they drove him home to Fernie, only to discover an empty house—everyone was out searching for him.

McDonald’s encounter with Rudolfsen and Ruppert might have been the only human one likely for quite some time in the mountainous, heavily forested area.

“I was out at that site every couple of days between June and mid-August, and only saw two vehicles in all that time,” said Rudolfsen, who is collecting thesis data on Rocky Mountain sculpin, bottom-dwelling freshwater fish that are threatened in Alberta and of concern in B.C.

Ruppert said they were within five minutes of replacing a small waterproof temperature logger in the river, which wouldn’t have been checked again until spring.

Meanwhile, the Flathead River Valley is full of carnivorous predators.

“It has the highest inland population of bears in North America, both black and grizzly,” said Rudolfsen, adding that McDonald told them that bears had mauled two people in the area in the past two weeks.

“It was a bad season for berries, so there have been a lot of human/bear interactions,” said Ruppert.

The experience reminded the researchers why the university insists on full preparedness for its field teams. Both researchers have first-aid training, and their truck was packed with equipment, from extra gasoline and tires to winches, tents and a satellite messaging service.

“We have all these safety measures, but you’re fortunate if you don’t have to use them,” said Ruppert. “That’s what was going through my mind.”