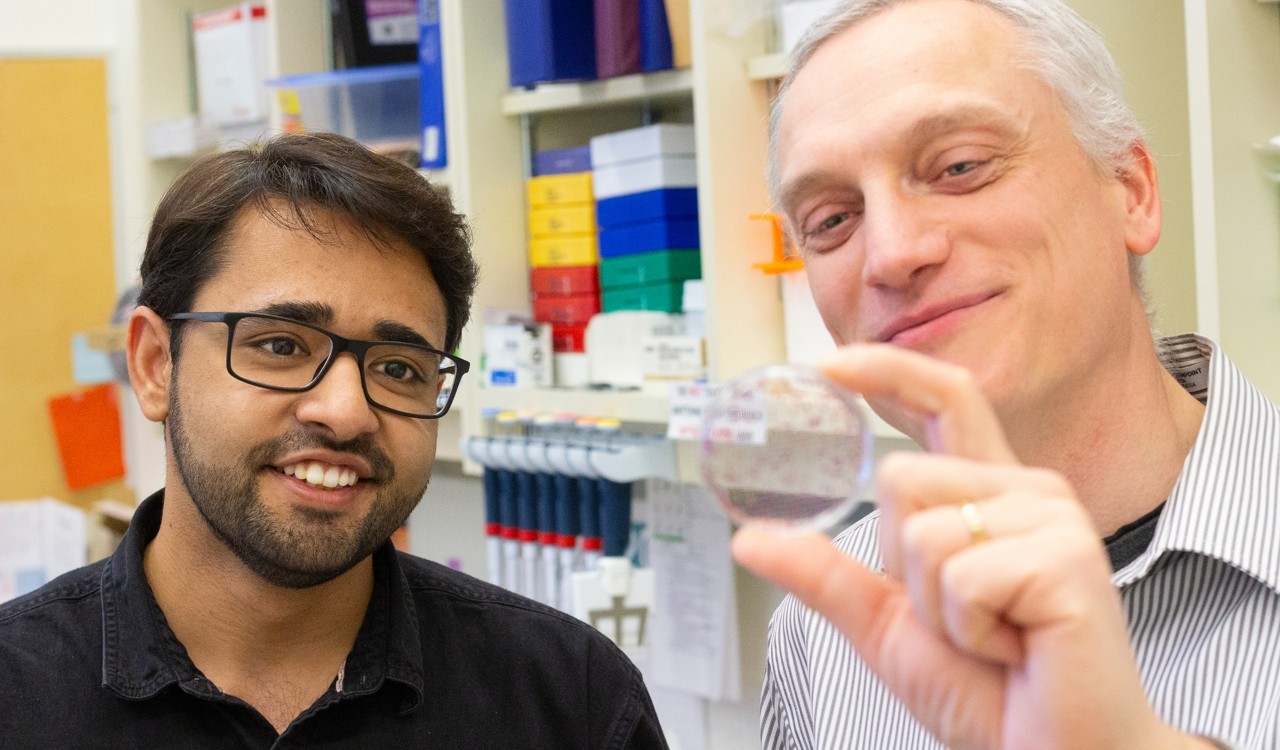 An experimental combination drug therapy attacking the DNA integrity of cancer cells is showing promise for a possible new cancer therapy in the future.

Scientists at the University of Alberta used two drugs together to enhance DNA damage to human breast cancer cells in mice and reduce their capacity to repair themselves. By doing so, the researchers were able to dramatically shrink tumours and prevent metastasis in the mice.

“Most cancers don't kill patients because of the primary tumour. It's nearly always the metastasis that kills,” said Armin Gamper, an assistant professor of oncology at the U of A.

“Traditionally we find that the subset of cancer cells responsible for metastasis is especially resistant to treatment. But when we combined the two drugs, it made these cells as sensitive as the other cancer cells. This is something really new that has never been observed before.”

With the treatment, the researchers found that cancer cells attempting to multiply with unrepaired DNA failed and died in the process. The team also found the treatment had few side-effects compared with cancer treatments such as traditional chemotherapy.

“The combination was very well tolerated,” said Gamper, also a member of the Cancer Research Institute of Northern Alberta. “If we see that this works as well in patients as it does in mice, at one point it might, at least in some cases, replace the traditional chemotherapy because it seems to have far fewer side-effects.”

The drugs used are already being tested in clinical trials, on their own or in combination with other treatments—but not together. According to the team, that will greatly speed the process of starting a new clinical trial combining the two.

Gamper and his research team are partnering with Alberta Health Services clinicians at the Cross Cancer Institute in hopes of starting a phase one clinical trial to test how people tolerate the drug combination.

In the meantime, the researchers are expanding their work to other types of cancer and also aim to identify biomarkers—biological indicators of which patients would most benefit from the new treatment. Doing so would allow them to tailor a precise cancer therapy to the individual patient.

“The idea behind this combination was that it would target many different cancers, not just breast cancer,” explained Gamper. “So we would like to test it in others that we know have a high level of DNA damage to start with, like ovarian cancers, colon cancers and some other types of breast cancer. We’ll start with those first and then see later how it affects other cancers that don't have such high DNA damage levels to start with.”

The research, published in The Journal of Clinical Investigation, was supported by funding from the Canadian Institutes of Health Research, Alberta Cancer Foundation, Natural Sciences and Engineering Research Council of Canada, and Cancer Research Society.