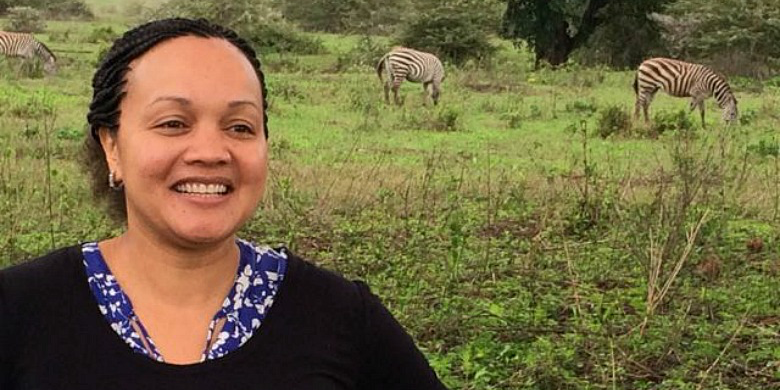 Sophie Yohani, a professor in the U of A's Department of Educational Psychology, is currently at the Muhimbili University of Health and Allied Sciences in Tanzania pursuing research on gender-based violence and refugee mental health in the region.

(Edmonton) People who are forced to seek refuge outside their home country, whether because of war or persecution based on race, religion or political affiliation, are often thought of in terms of the burdens of trauma they carry or the barriers they face within the countries that receive them.

But some researchers at the University of Alberta are looking at refugees from a different perspective, by focusing on the resilience that allows them to adapt and thrive in an unfamiliar culture—even in the sometimes stressful setting of a post-secondary institution.

Andrew Wong, who recently completed his graduate work in counselling psychology, focused on participants in the World University Service of Canada (WUSC) Student Refugee Program, which brings promising candidates from refugee camps and provides financial support through their first year at a co-sponsoring post-secondary institution. More than 1,300 students have participated in the program since it was founded in 1978, and WUSC reports that 85 per cent of participants go on to complete their undergraduate studies.

“You’re taking people at that transitional stage of life, 18 to 25 years old. As the participants described to me their migration journey to Canada, I imagined someone picking them up in the camps and dropping them halfway across the world,” Wong said. “Different education system, very different cultural environment—everything is different.”

Still, the four participants Wong interviewed for his study, all of whom had come from camps in East Africa and arrived unaccompanied, had weathered their first year and were on track to complete their undergrad programs in Canada. His work suggested that hardships such as having to flee encroaching violence on multiple occasions ultimately contributed to their resilience.

“Resilience in this study really refers to patterns of positive adaptation in the context of significant psychological and environmental adversity, and we really wanted to put in that environmental piece because the context is important when we’re talking about refugees,” he said.

“They’re migrating all the time, they’re coming across people who may want to harm them, they’re coming across hostile environments, not just in the migration process but even within the refugee camps. So the environment plays such a big role and I think in the past the definition of resilience hasn’t so much considered the environmental piece, the contextual piece. How do people navigate toward their support systems and what is their capacity to use those resources to their advantage?”

Sophie Yohani, a professor in the Department of Educational Psychology at the U of A who supervised Wong’s research, noted that, though their experiences as refugees were diverse, all these students benefited from family support even after coming to Canada.

“The refugee students interviewed in Andrew’s study all maintained strong ties with family who were still living in refugee camps in Africa. These family members were persistent and consistent in their support. They appeared to inspire, cajole, and encourage them from a distance, and in turn, the students kept in regular contact and, when possible, financially supported their families. They spoke of this transaction as strengthening. This to me is an excellent example of resilience building.”

Other adaptive characteristics such as a strong belief system and work ethic were instilled by family, the study showed.

Though the participants in his study were able to persevere, Wong said there’s still a lot that can be done to support refugees destined for Canada’s post-secondary institutions as they adapt to a new climate, different cultural mores and the regional peculiarities of Canadian English.

“Yes, universities and colleges are providing the scholarships, but do they really understand what these students are experiencing? It can’t be as simple as saying, ‘OK, here’s the money for your first year, we’re going to give you board and textbooks, and you should be fine.’ Do they have counsellors? Are these counsellors competent to provide multicultural counselling? Are they letting professors know they’re going to have refugee students in their classroom?”

Neda Asadi, who is currently pursuing her graduate research in educational policy at the U of A, echoes this sentiment. Her work compares educational policy regarding refugee students in junior high and high school in Alberta and British Columbia. She says more work needs to be done to understand refugees as a distinct segment of society.

“They are not immigrants or international students—usually we clump them all together. Unfortunately, refugees have become an invisible population. So first we have to acknowledge that they’re here and then we have to acknowledge the value and knowledge they bring. History has shown that if the integration process is done properly, they are beneficial contributors to society,” Asadi said. “And then we should provide holistic help for refugee students with the needs they have. We talk about integrating them into our society, but it’s a two-way communication, so we should understand them. Teachers and students should know who they are, should understand how you become a refugee and remove the stigma of it.”