Retired federal judge goes back to university to tackle next challenge 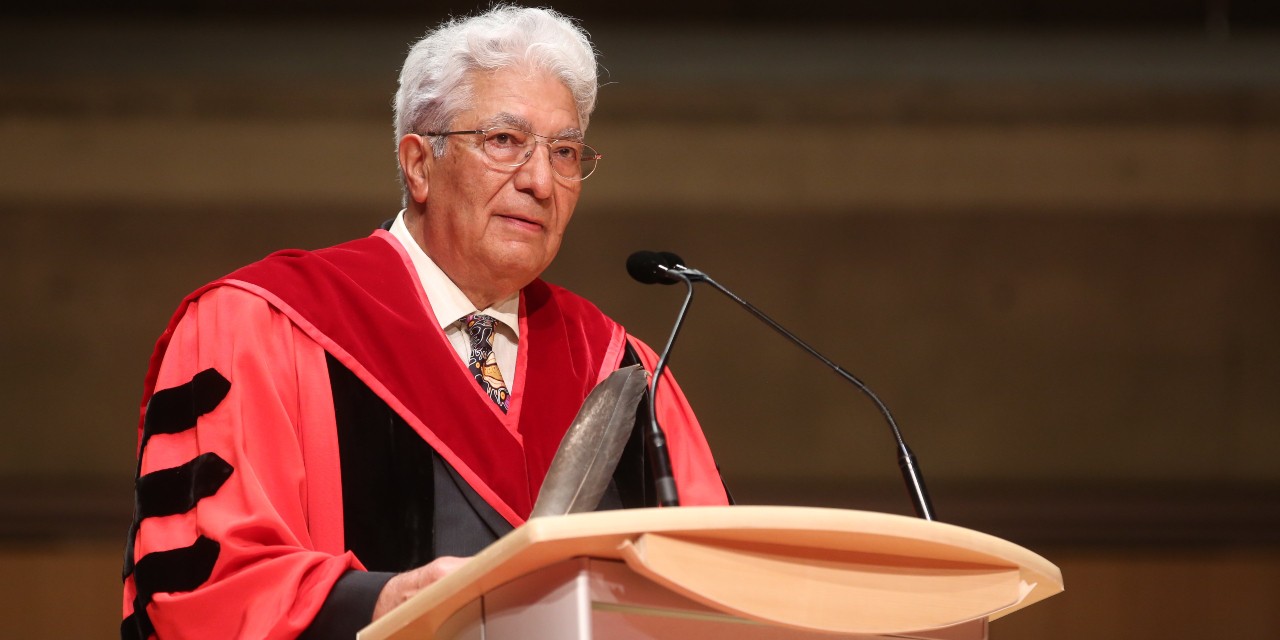 Among the thousands of new students on campus this week is one you wouldn’t necessarily expect to see.

A 75-year old just-retired judge is heading back to campus.

Justice Leonard (Tony) Mandamin, who sat on the Federal Court of Canada bench for 12 years, will dive into another significant intellectual challenge—earning a master’s degree in Native studies.

When he earned his LLB in 1982, Mandamin was one of the earliest Indigenous graduates of the U of A’s law school. He went on to accumulate many firsts during a distinguished career as an Indigenous lawyer, a judge of the Provincial Court of Alberta for eight years and then the Federal Court.

While a young lawyer, he represented Indigenous clients across Alberta. As a provincial court judge and later as a Federal Court justice, he presided over traditional justice initiatives and dealt with numerous matters in which Indigenous perspectives were heard in the Canadian justice system, often for the first time.

In R v. Badger, a leading Supreme Court of Canada decision on the scope of Indian treaty rights, Mandamin and his co-counsel represented three treaty Indian hunters charged for hunting without a licence or out of season, though their treaty assured them of the right to hunt for food. Despite Mandamin facing opposition from the attorneys general of Alberta, Saskatchewan, Manitoba and Canada, the court confirmed the continued existence of that treaty right, in a decision that is frequently cited.

“It was a milestone for treaties,” said Mandamin. “The Supreme Court said that treaties are sacred and that the spirit and intent of treaties should be honoured.”

In June 2018, the Law Society of Ontario presented him with an honorary doctorate for the myriad ways his leadership ensured an Indigenous perspective was included within the administration of justice in Canada, making special note of his role in developing the Federal Court’s Aboriginal Litigation Guidelines. They recognize the important role of Indigenous elders and make sure elders are treated with respect during litigation.

“His career shows that he has been both imaginative and effective in creating legal initiatives for the betterment of Indigenous people,” said David Percy, interim dean of the Faculty of Law, who has known Mandamin since the latter was a law student in the faculty.

Mandamin grew up on the Wiikwemikoong Unceded Indian Reserve on Manitoulin Island, Ont., and began advocating for Indigenous justice early. As Grade 10 student council president, he led a vote to reject his school principal’s plan to have older student prefects report on children who spoke their own language—Anishinaabemowin—at his Indian reserve school.

He was inspired by the memory of an elderly council member who had once defied a government Indian agent’s demand that council meetings be conducted in English only.

“In the late 1950s and early 1960s, the predominant treatment of Indians had a very negative outlook on Indigenous culture,” said Mandamin. “Language was suppressed, ceremony and celebration were discouraged.”

But in the 1960s, Wiikwemikoong reintroduced its cultural festival, helping revive Indigenous culture. That inspired Mandamin to become involved in Indigenous activism and then to study law.

Among his other notable cases as a lawyer, Mandamin was counsel before the Indian Claims Commission in the Cold Lake First Nations Claim. Those First Nations had been expelled from their traditional hunting, trapping and fishing territories in 1954 so the federal government could establish the Primrose Lake Air Weapons Range. Mandamin assisted them in their claim for compensation for many years.

The claim was accepted, and negotiations were underway when Mandamin was appointed to the Provincial Court of Alberta. Later compensation provided land, economic benefits and a multimillion-dollar settlement.

As a provincial court judge, Mandamin helped the Tsuu T’ina First Nation establish a peacemaker court that still works with community peacemakers to resolve conflicts that give rise to criminal offences.

“I suspect that his record of employing six Indigenous articling students out of a total of seven remains a record to this day,” said Percy.

Retired federal judge goes back to university to tackle next challenge