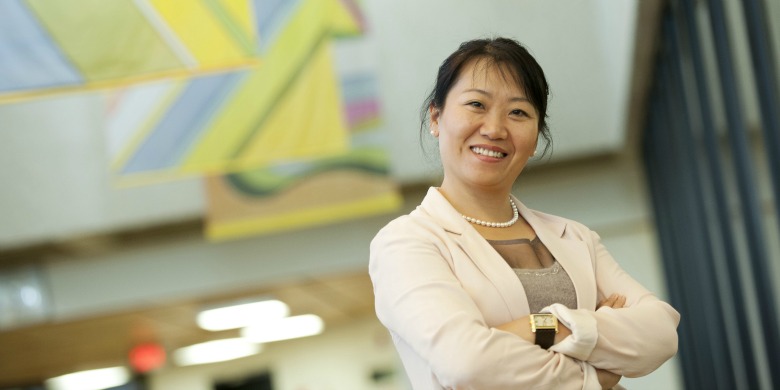 (Edmonton) A researcher at the University of Alberta says people travelling east to write about China first need to unload their cultural baggage at home.

The scale and rate of China’s growth, economically and culturally, is attracting increasing interest from culture producers in the West who attempt to record and explain the phenomenon that is China. Their efforts are the focus of a study by Leilei Chen, a researcher in the University of Alberta’s Department of English and Film Studies.

From examining what has been written about China, especially in travel literature published in the past 50 years, Chen has observed that the knowledge produced about the country is mostly negative and one-sided. “They often project China as dark or exotic. But the country is much more complicated than that,” she says.

Chen, who was born and grew up in China, says that simplistic imagery of the country and its people dates back centuries. Her research interest was triggered after she read Behind the Wall: A Journey Through China, a book about her country in the 1980s. “That is the period that I’m very familiar with. I was growing up in China then and in that book, I was reading about a China that I did not know.”

Chen has done a lot more reading about China since then. For her study, which is being published in a book, Translating New China: Travel Writing and Cross-Cultural Understanding, she combed through several types of literature on China—mainly by North American authors—to find that many do not accurately explain the country and its culture.

“It’s more productive to set aside our cultural baggage while interpreting a foreign people or country,” Chen says. “We should be aware of the confinement of seeing only from the angle that we’re familiar or comfortable with.”

Setting aside cultural and political prejudices allows broader understanding of other cultures and creates possibilities for making productive connections, she says. “If you can’t find the connections, you’re left viewing the foreign country as the ‘other’ with whom you cannot build contact, and there will always be a line between the self and the other. That is not something we want now, living in today’s globalized world. We want to understand each other more through more meaningful interactions.”

Chen’s message is one reflected in the U of A’s efforts to create such connections. The China Institute has become one of the most important resources in Canada for engaging with China. Its director, Gordon Houlden, has said China is a phenomenon the world cannot ignore. Through University of Alberta International, the university attracts hundreds of students from China every year and has more than 50 agreements with China’s top-ranking institutions, including Tsinghua, Nanjing and Zhejiang universities. And Chen is helping to develop the Bridging Program, a new effort at the university to help international students integrate well into Canadian universities. All these efforts suggest a step in the right direction toward correcting established ideas of China as an exotic, inscrutable place, says Chen.

“This biased understanding of China exists not just in travel literature, but also in philosophy writings by such thinkers as Georg Hegel and Karl Marx,” she says. “If you follow their way of looking at China, you don’t see the point of connection between the West and China.”

More to China than the mainstream view

Until 1976, China was a closed society during its Cultural Revolution—a period that started 10 years earlier—during which then Chairman Mao Zedong isolated China from the rest of the world. “China has only opened up to the outside world since 1979, the year when the country started to implement the Open Door policy,” Chen says. “Prior to that, China had been closed to the rest of the world for three decades. If you close yourself up, no one can understand you. So China is partly responsible for its misrepresentation today.”

Chen acknowledges that there are facts in travel writing about China, such as the massacre at Tiananmen Square, that cannot be disputed. But her research focuses less on the facts per se than on why the writers choose to report one fact instead of another.

“We can dig out from within the travel books the complicated details and the specific things that happened at that moment to have a broader understanding of the Tiananmen Square massacre,” Chen says. “We all have a critical view of China’s human rights problem and the country’s lack of democracy, but if we also read such details as students in China cheating during their hunger strike, for example, we could see that there’s more about China, beyond what the mainstream offers.”

Chen says there are ethical considerations that should inform writings about the country.

“Travel literature is a major source of information for us to learn about other people and cultures,” she says. “Writers should consider this research if they want to provide their readers with the most accurate information they could produce.”