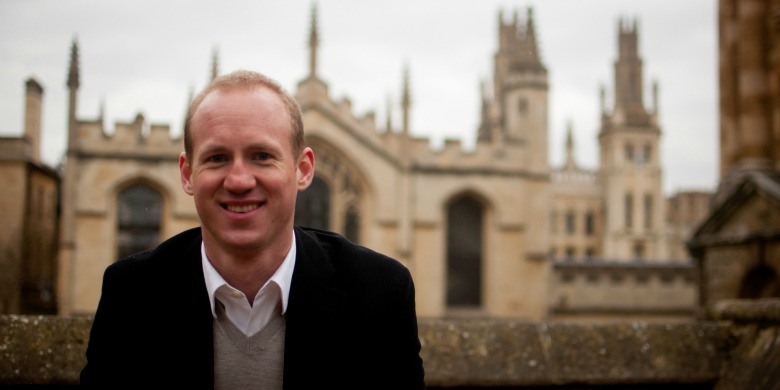 UAlberta Rhodes Scholar Peter Gill was named a CIHR Rising Star for his research on hospital admissions for children in the U.K.

He now has one more to add to his list after being named a 2014 CIHR Rising Star on April 28. The CIHR Rising Star award recognizes graduate students and post-doctoral fellows at an early stage in their careers for excellence in health research and knowledge translation. Up to three Rising Stars are named annually.

“I was certainly surprised, and was very humbled and honoured,” says Gill. “I’m glad they see the merit of the research and where it’s relevant in Canada.”

Gill’s winning article, published online in Archives of Disease in Childhood in February 2013, focuses on the increase in emergency-room admissions in the United Kingdom for children under the age of 15. The research, one of several projects Gill completed for his PhD thesis, was conducted at the University of Oxford, where he studied as a Rhodes Scholar.

The research showed that ER admissions for kids under 15 increased by 28 per cent over a 12-year period, and that admissions lasting less than one day for acute conditions, like pneumonia and urinary tract infections, doubled during that time frame. Children under the age of five comprised 68 per cent of the total admissions.

Gill says his findings show that there is an increase in youth being seen in hospital for illnesses that can effectively be treated outside the clinical setting. “One would argue that [the increase in admissions] is not the ideal use of resources. If you can treat acute ailments in a community setting, that’s better for the patient.

“It’s ideal to avoid admitting children to the hospital whenever possible if they can be adequately managed in primary care.”

In September 2013, Gill completed his PhD in primary health care at the University of Oxford as a student in the U of A’s MD/PhD program, which allows students to take leave from medical school between the second and third years to earn a PhD. Gill was on a modified program: he took leave between his third and fourth years, and also completed his PhD at another university so he could take advantage of his Rhodes Scholarship.

“It’s something I think is invaluable and will make me a better clinician and a better researcher,” Gill says of the MD/PhD program, noting that the program structure has allowed him to thoroughly understand the academic and research side of medicine in addition to the patient care side.

Although the research was conducted in Britain, it’s something that Gill is “very interested in bringing back to Canada.” He faces some challenges, however, as Canada does not have national health databases like that in the U.K. The U.K. model allowed Gill access to statistical information for more than 700,000 children for each calendar year, but Canada’s health databases are controlled at the provincial level, which may affect the uniformity of collected information.

With graduation only a few weeks away, Gill is looking forward to his pediatric residency at the Hospital for Sick Children in Toronto. He intends to spend the next four years focusing on clinical training to become a “qualified and excellent pediatrician” before stepping into a career as a clinician scientist. He hopes to conduct meaningful research that will improve pediatric health-care delivery.

But residency doesn’t mean he’s leaving the U of A in the rear-view mirror.

“I do plan on returning to Alberta after I finish residency,” he says. “I want to go to Toronto to get exposure to a different training environment and work with world-leading academic general pediatricians so I can bring back the knowledge and skills to Alberta.”