There is often a financial pushback to reducing trading times, but it’s likely that the social cost exceeds any monetary gains from tax revenues. 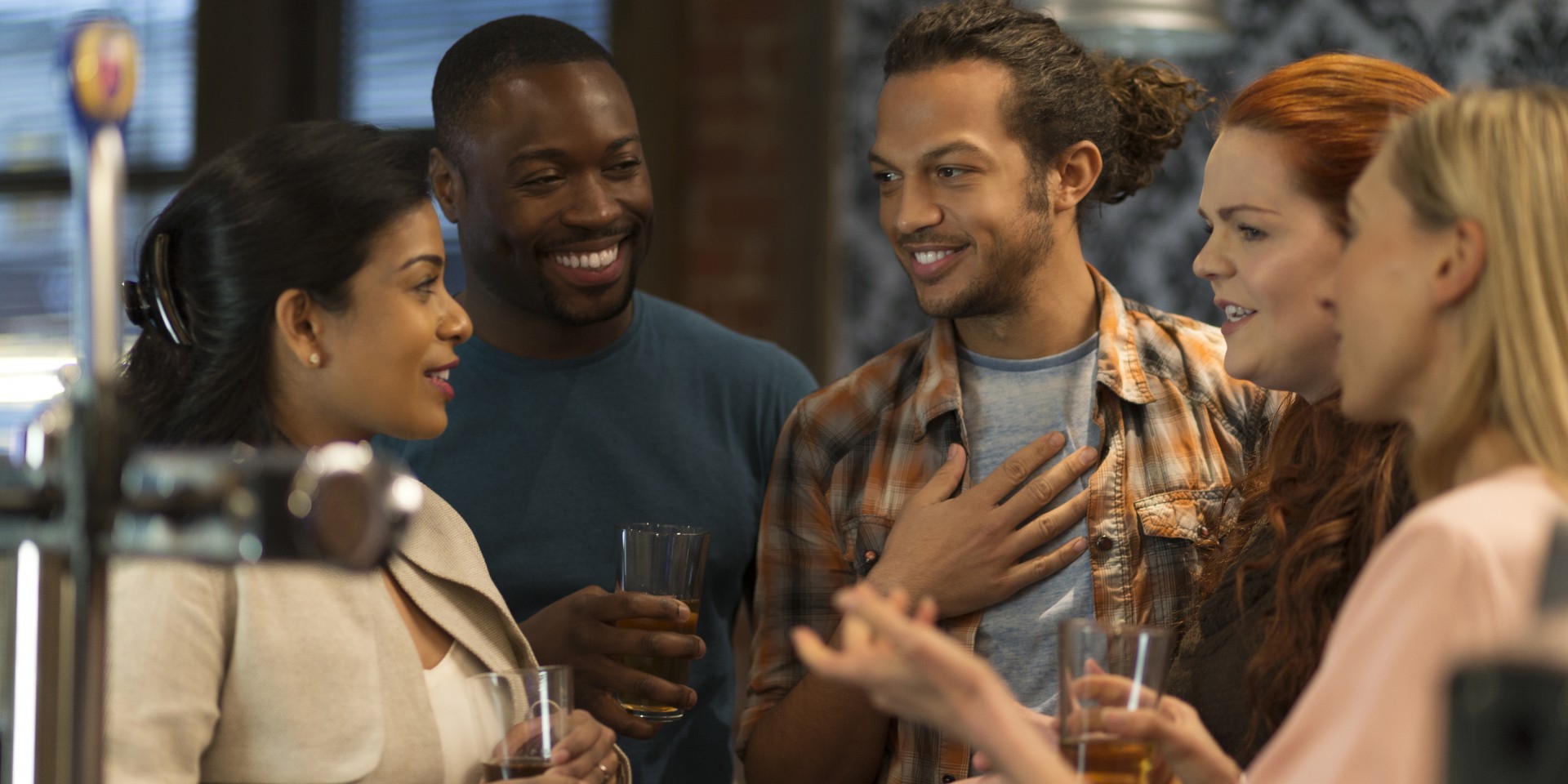 A UAlberta study revealed that hazardous alcohol use is highest among Albertans between 18 and 24, and showed a pattern of usage among Albertans of higher income and who live alone.
Group of friends drinking beer at a bar. They are all laughing and talking to eachother.

One of the best ways to reduce injuries from drunkenness among young Alberta adults who live alone—the group that has the highest level of excessive alcohol use—is to reduce their access to alcohol by having retail outlets and bars close earlier, two University of Alberta studies reveal.

“We have reintegrated socioeconomic information about who is at risk for harmful drinking in Alberta, and have identified a proven way to mitigate alcohol-related harms,” said Don Voaklander, a professor at the U of A’s School of Public Health and director of the Injury Prevention Centre.

“The Alberta government can use these findings to more effectively reach the segments of the population who are at highest risk for hazardous drinking and alcohol harm because our current alcohol-related education policies have limited impact on behaviour.”

The need for change

Since privatization of alcohol sales in 1993, alcohol consumption among Albertans has increased from 8.7 litres in 1993 to 9.4 litres in 2013.

“Awareness-building is a health promotion strategy commonly used by the Alberta government, but it is the least effective at reducing injuries and deaths due to alcohol use,” said Voaklander.

A large proportion of fatalities due to injury in Alberta are alcohol-related, explained Diana Sanchez Ramirez, a senior UAlberta public health researcher and study co-author.

These include motor vehicle collisions, ATV crashes and violence. In fact, over 76 per cent of fatally injured ATV riders test positive for alcohol.”

Hospital traumas are often alcohol-related as well, added Sandy Widder, a UAlberta medical researcher and director of Trauma Services at the University of Alberta Hospital. She worked on a 10-year study that showed up to 40 per cent of all major trauma cases in Alberta hospitals were due to alcohol use.

“That data only included extreme trauma, and failed to capture all the less severe alcohol-related injuries, like broken limbs for example, that occur,” said Widder. "When you add it up, these preventable injuries cause a huge burden on our medical system and are costing us billions of dollars per year.”

Widder added, "The prevalence of alcohol use, despite all of our messaging, is still a province-wide issue. Having a positive alcohol level is also associated with violence and other drug and substance use and abuse. We need to focus on all of these issues with intervention and not just have a very limited view of the problem."

In one study published in the Journal of Preventive Medicine & Public Health last July, UAlberta researchers collaborated with colleagues in Queensland, Australia to compare alcohol consumption. While Australians had more hazardous alcohol use in general, a common theme was the increase of dangerous drinking among younger populations.

“Hazardous alcohol use is highest among Albertans between 18 and 24,” said Sanchez Ramirez.

The study also showed a pattern of usage among Albertans of higher income and who live alone.

“We believe this is probably related to the type of industry that is available in Alberta. Oil and gas workers tend to have higher incomes, unique patterns of work and tend to be alone (far from the families) for longer periods of time,” she added.

The research also showed that being born in Canada is associated with higher hazardous alcohol use. “Alcohol consumption is a normative behaviour in Canada that leads to a false security about what is dangerous consumption.”

The findings show that a one-size-fits-all approach to controlling alcohol consumption will not work, added Voaklander. “Public policies need to be far more targeted if they are going to be effective.”

Existing literature has shown limiting liquor availability has an impact on alcohol-related harm. However, the U of A study in May’s Injury Prevention breaks out, for the first time, the types of harms that could be reduced by limiting availability.

“We found that changes in the times of alcohol sales do reduce injuries, alcohol-related hospitalizations and emergency department visits, homicides and crime,” said Sanchez Ramirez. “It was less clear that restricting the number of hours when alcohol is sold in stores and served in bars would impact assaults and motor vehicle accidents.”

The mixed results on assaults and car accidents could be explained by flaws in existing research or by a more complex relationship between those outcomes and hours of alcohol sales.

“There is a theory that a fixed closing time in bars, for example, can lead to accelerated drinking and mass mobilization at closing time, whereas leaving the bar open to serve allows patrons to spread out drinking, leading to fewer car accidents,” added Voaklander.

The main takeaway here is that reducing alcohol trading times can reduce certain types of injuries, and that in fact, other additional strategies may need to be deployed to prevent assaults and car accidents, he said.

“There is often a financial pushback to reducing trading times, but it’s likely that the social cost exceeds any monetary gains from tax revenues,” he said. “Governments that perpetuate extended alcohol trading times clearly also need to contemplate the health burden on the population.”