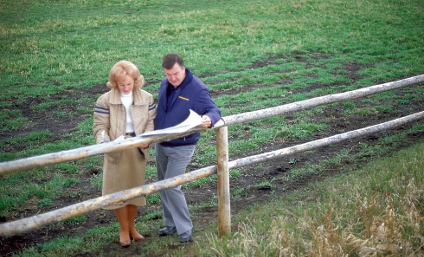 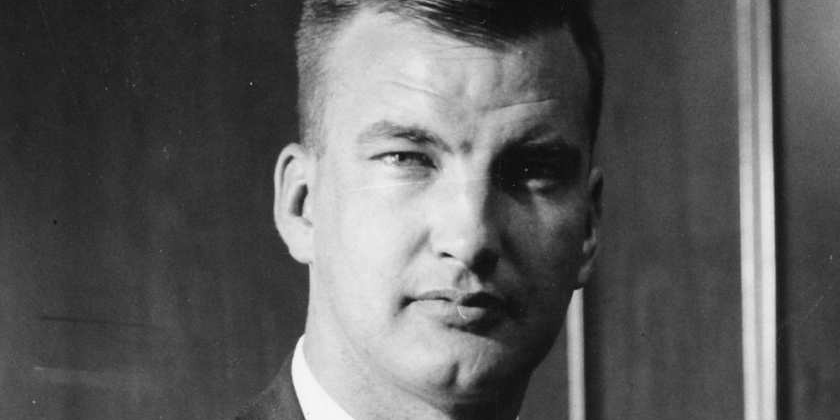 Ron Southern, founder of ATCO and Spruce Meadows, passed away Jan. 21 at the age of 85. (Photo: Calgary Herald)

“Going far beyond the call of duty.
Doing more than others expect.
This is what excellence is all about.

It comes from striving for and maintaining the highest standards,
looking after the smallest detail and going the extra mile.

Excellence means caring.
It means making a special effort to do more.”

A University of Alberta alumnus who redefined excellence as an entrepreneur and leader in the world of sport has passed away.

“The entire University of Alberta community is saddened by the loss of Ron Southern,” said U of A Chancellor Ralph Young. “Ron was well known in the business world as a man of great passion and vision whose leadership was instrumental in building two of our province’s greatest made-in-Alberta success stories. I extend my deepest condolences to Marg and the entire Southern family.”

Well before completing a bachelor of science degree at the U of A in 1953, Southern showed a talent and enthusiasm for business. In 1947, he and his late father, S.D. Southern, scrapped together $4,000 in savings—much of it saved during Ron’s summers working at the Banff Springs Hotel—and founded Alberta Trailer Hire.

That initial investment allowed them to purchase 10 small yellow trailers that were rented out at gas stations for $2 per day in the Calgary area. The Southerns gradually expanded from renting to selling trailers and ultimately expanded into logistics, manufacturing and utilities. The younger Southern is credited with transforming their company, now called Alberta Trailer Company, or ATCO, into one of Alberta’s greatest success stories—a $19-billion enterprise with nearly 8,000 employees around the world.

“Given the number of things I’ve been involved with, I couldn’t have had a better education,” Southern told New Trail magazine in 2011.

Horse sense and a leap of faith: Spruce Meadows

The Southern family is closely associated with another made-in-Alberta success story, Spruce Meadows, which since its founding by Southern and his wife Marg (‘53 BPE) in 1975 has become a premier destination for international show jumping. Like ATCO, Spruce Meadows started with humble beginnings as a space originally devoted to allowing the Southerns’ young daughters, Nancy and Linda, a venue for show jumping.

“A friend of mine said, ‘Ron, if you’re going to do that, make sure you don’t just do it for your own girls but that you do it for everyone,’” Southern said in 2011. “I thought that was great advice.”

Since holding its first competition in 1976, Spruce Meadows has grown into one of the world’s premier equestrian centres, drawing 500,000 visitors annually.

“We never expected it to be as large as it is right now or as world-renowned but we set out with three objectives when we first started Spruce Meadows,” Marg said in 2011. “We wanted a place where young riders could train, we wanted a breeding program and we wanted to put on show-jumping competitions. And we’ve never gotten away from those objectives.”

Ian Allison, senior vice-president at Spruce Meadows, who has worked with the Southerns since the beginning, credited his late friend for authoring an extraordinary story—a credit to his visionary leadership.

“He had vision, he had determination, he had great capability,” Allison told the Calgary Herald.

“It is because of Ron’s vision for Spruce Meadows more than 40 years ago that we as Calgarians are lucky enough to enjoy this iconic venue. And Spruce is only one example of the extraordinary work of Ron and his family. Their legacy is felt here every day, and we will remember Ron with deep gratitude.”

In 2006, he was appointed officer of the Order of Orange Nassau by Her Majesty Queen Beatrix of the Netherlands. That same year he was also inducted into Canada’s Sports Hall of Fame. Southern was awarded a Queen Elizabeth II Diamond Jubilee Medal in 2012, the same year he was inducted into the Alberta Order of Excellence, the province’s highest civilian honour.

The U of A honoured Southern with an honorary doctor of laws degree in 1991. Marg was awarded a distinguished alumni award in 1994. Throughout their six decades of marriage, Ron and Marg Southern—both athletics alumni—supported student-athletes at the U of A.

A public service is being planned for Southern at Spruce Meadows that will be held sometime next week.